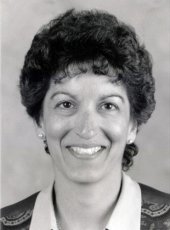 Rani received her Bachelor of Science in Metallurgical and Materials Engineering in 1979 from Michigan Technological University and a Master of Science in Metallurgical Engineering from the University of Wisconsin; Madison. Rani completed the Manufacturing Executive Program at the University of Michigan in Ann Arbor in 1995 and attended the Center for Creative Leadership in 1996. She began a career with General Motors as a co-op student with the Manufacturing Development Staff at the Technical Center in Warren, Michigan. She joined GM full-lime in 1979 and has held numerous engineering positions within the Casting and Metal Processing Department. After completing a professional development assignment at the Opel Technical Development Center in Russelsheim, Germany, Rani was promoted to manager of Systems Engineering at Advanced Manufacturing Engineering, part of the Advanced Engineering Staff. In 1990, she was named manager of Casting and Metal Processing. In 1996, Rani became the manager of Die and Stamping Technology Implementation where she remained until accepting a position as Director (Manufacturing Math-Based) for the GM Powertrain Group. In her free lime, she is Chair and Member of USCAE (US Automotive Materials Partnership, Light Metals), member of the Michigan Technological University's Metallurgy Department Advisory Board and the Pennsylvania State’s Industrial Engineering Department Advisory Board, represents GIU at Auto/Steel Partnership. She serves Michigan Technological University as a Gold Carpet Network Volunteer and member of the Presidents Club. During her stay at Michigan Technological University, she was a member of Tau Beta Pi and Phi Delta Chi.