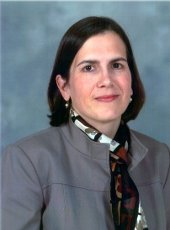 Jennifer Becker graduated from Michigan Tech in 1989 with a bachelor’s degree in Environmental Engineering. She went on to earn advanced degrees in Environmental Engineering—a master’s degree at the University of Illinois, Champaign-Urbana (1992) and a PhD from Northwestern University (1998). After receiving her doctorate, Jennifer accepted a position at Lehigh University in Bethlehem, Pennsylvania as an Assistant Professor. Currently, she is an Assistant Professor in the Department of Environmental Science & Technology at the University of Maryland-College Park.

In 2002, Jennifer was nominated by the National Science Foundation and subsequently chosen to be a recipient of a PECASE Award. The Presidential Early Career Awards for Scientists and Engineers, formerly presented in a White House ceremony, is the highest honor bestowed by the United States government on scientists and engineers who are beginning their independent careers. In addition to demonstrating promise as leaders in science and engineering, those chosen for a PECASE Award have also translated their work into significant education activities. Jennifer was recognized for her research in bioremediation, an engineering practice where microorganisms are used to enhance the destruction and removal of toxic pollutants from the environment. She was also recognized for her hands-on education program for pre-college students and her mentoring activities with students involved in summertime research projects.

Professionally, Jennifer is a member of the American Society for Engineering Education, the American Society for Microbiology, the Association of Environmental Engineering and Science Professors, and the Water Environment Federation. She has authored numerous professional publications, and both Jennifer and one of her graduate student advisees received Master’s Thesis Awards from the Association of Environmental Engineering Professors. Jennifer is also the recipient of the Water Environment Federation’s Robert A. Canham Award (1993), the Young Engineer of the Year Award (2005) from the Northeast Agricultural and Biological Engineering Conference (NABEC), and, most recently, the 2007 Junior Faculty Award from the College of Agriculture and Natural Resources, University of Maryland.

Jennifer is married to Eric A. Seagren, PhD, an associate professor in the Civil and Environmental Department, University of Maryland-College Park. They live in University Park, Maryland, with their children Ingrid and Birk.