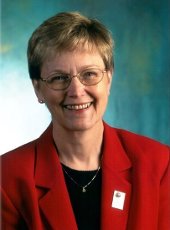 Marilyn received her bachelor’s degree in mathematics from Michigan Tech in 1981. She also received her teaching certification and taught junior and senior high math and other courses at Houghton-Portage Township Schools from 1981 to 1987. In 1990, she earned her master’s degree in mathematics from Michigan Tech, and worked as an instructor in the department. Then in 1997 she received her PhD in statistics from the University of Minnesota and began working at Pfizer Inc. in Groton, CT. She worked as a biostatistician, analyzing data from clinical trials. In 2000, she received the Pfizer Central Research Achievement Award for her work in analyzing electrocardiogram data. In 2001, she transferred to Pfizer’s Ann Arbor Laboratories, and is now a Senior Manager in Clinical Biostatistics.

Marilyn is president of the Ann Arbor chapter of the American Statistical Association. Her relationship with Michigan Tech continues through her membership on the College of Sciences & Arts Advisory Board.

Marilyn lives with her husband, Michael (a Michigan Tech retired Professor Emeritus), in Ann Arbor, Michigan. She has four daughters; together, she and Mike have twelve grandchildren.