The average truck crossing times at the Ambassador Bridge are variable and quite different depending on the direction of travel. The crossing time was always higher for truck traffic traveling into the United States. However, the trend during each week is generally the same at both bridges.

The average truck crossing times at the Blue Water Bridge are dependent on the direction of travel. Trucks crossing into the United States experienced a greater crossing time for most of the month, except on Tuesday and Wednesday of the fourth week. Unlike the Ambassador Bridge inspection times, similar trends are not apparent between each direction of travel for each separate week.

The average inspection times at the Blue Water Bridge generally range between 1 minute and 2 minutes. Generally, inspection times seem to be greater for truck traffic traveling into Canada. Additionally, there is a lack of inspection time similarity between the directions of travel, with each week experiencing different peak days.

The number of truck crossings at the Ambassador Bridge is greater in volume than the crossings at the Blue Water Bridge. Generally, the Ambassador Bridge experienced four to five times more truck traffic traveling into Canada, and three to four times more truck traffic traveling into the United States. Although traffic values increase during the week and decrease over the weekend for both bridges in both directions, each direction?s peak volume days vary and do not reflect one another.

Additional analysis concerning surface street and duty free time delays are being conducted by OSU. The surface street data is assessing the median time trucks experience based on day of the week and hour of day. For the Ambassador Bridge trucks experience the biggest delay near 8 a.m. and 5 p.m., in both directions of travel. As for trucks spending time in the Canadian Duty Free shop, a higher delay time was experienced in previous years (red, black, and green lines). However, these delays have been reduced in recent years (blue and purple lines). 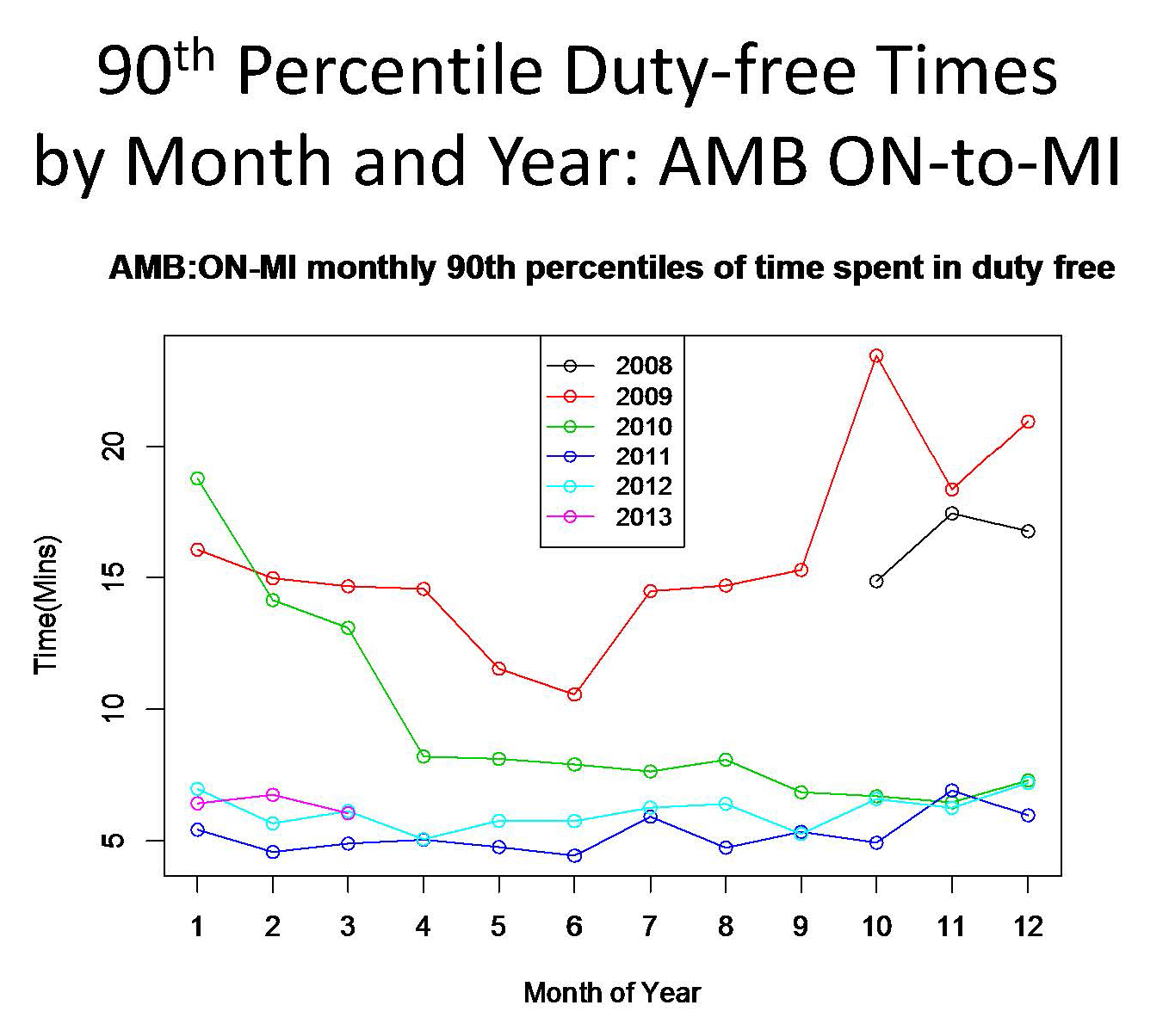 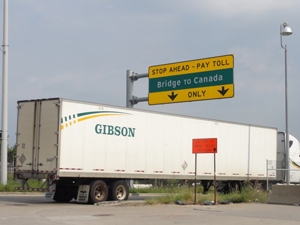