The purpose of this cooperative project between the US Department of Agriculture (USDA) Forest Service and the Michigan Tech Research Institute (MTRI) developed an updated and improved roads data layer for use in ecological analysis and planning. The project team's preliminary investigation of forested watersheds in Michigan’s Upper Peninsula showed that as few as 14 percent of the roads in these watersheds had been captured by existing GIS layers. It is vital to understand the spatial locations of roads within a watershed since such features can increase stream temperature and non-point source pollution. These effects can potentially impact receiving features such as streams, lakes, and ponds (Weng, 2012; Jennings and Jarnagin, 2002; Opperman et al. 2005), and cause fish passage impairment (Gibson et al. 2005).

Through the use of multi-temporal imagery and ESRI ArcGIS software, the MTRI team digitized and quantified unidentified road features in four watersheds. As road segments were digitized, each was assigned a level of confidence that corresponded to how confident the analyst felt the linear segment was a road (i.e. high, medium, or low). Statistics concerning the total number of segments, total mileage, levels of confidence, and percent change between the two data sets were calculated. Analysis into potential watershed vulnerability based on the number and spatial location of road-stream intersections was also conducted. 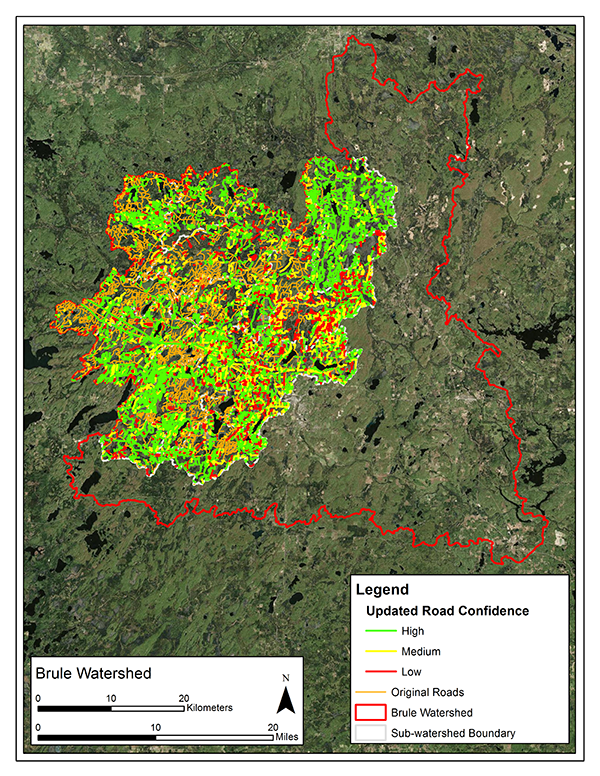 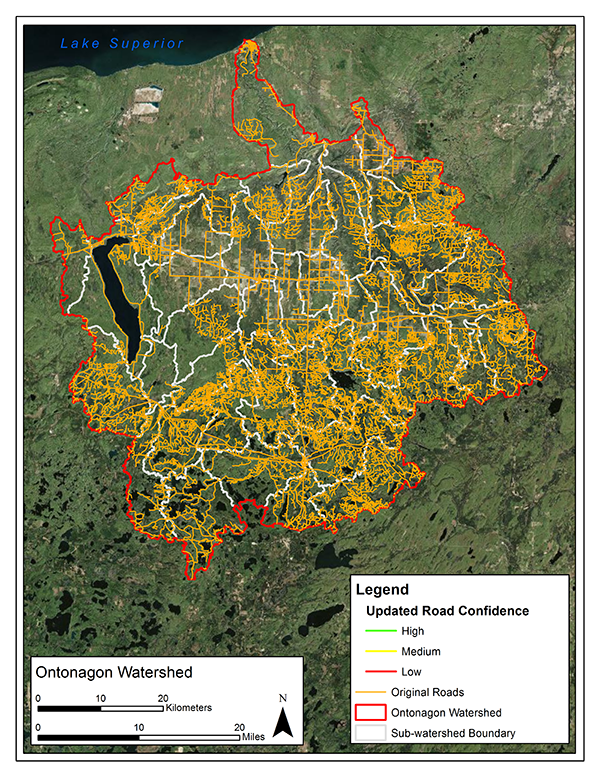 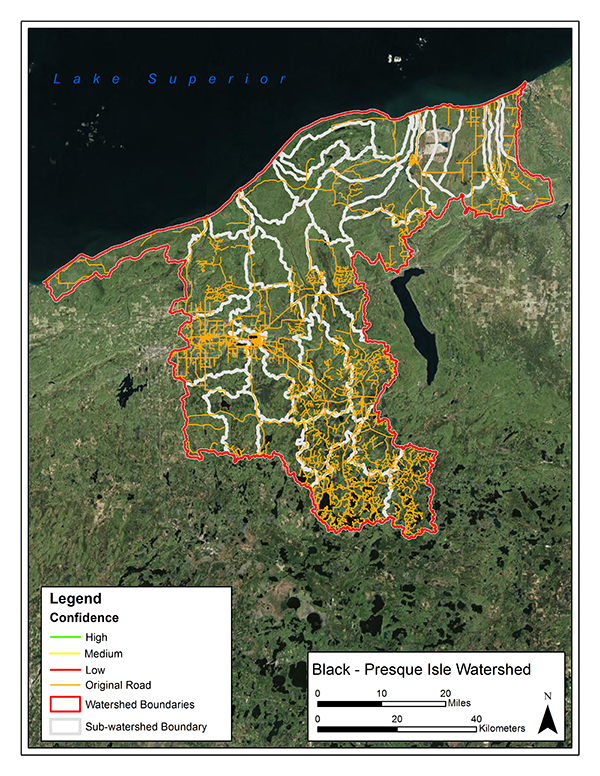 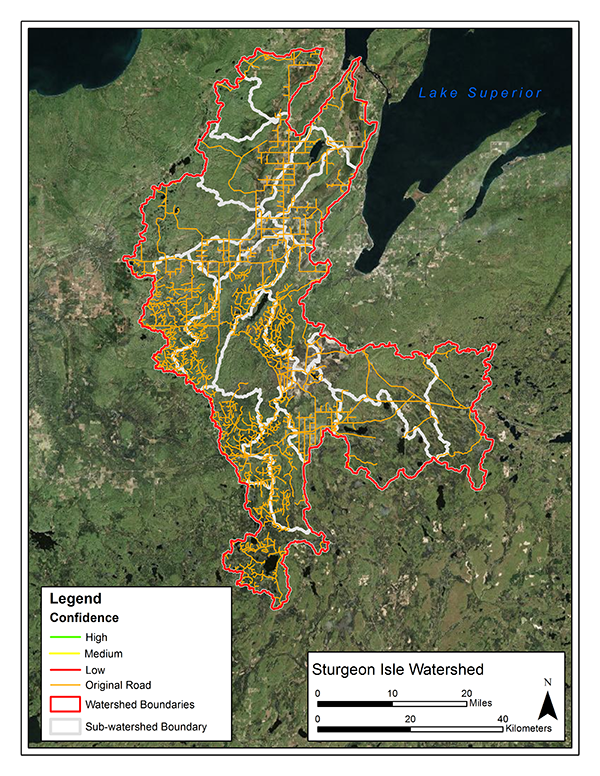 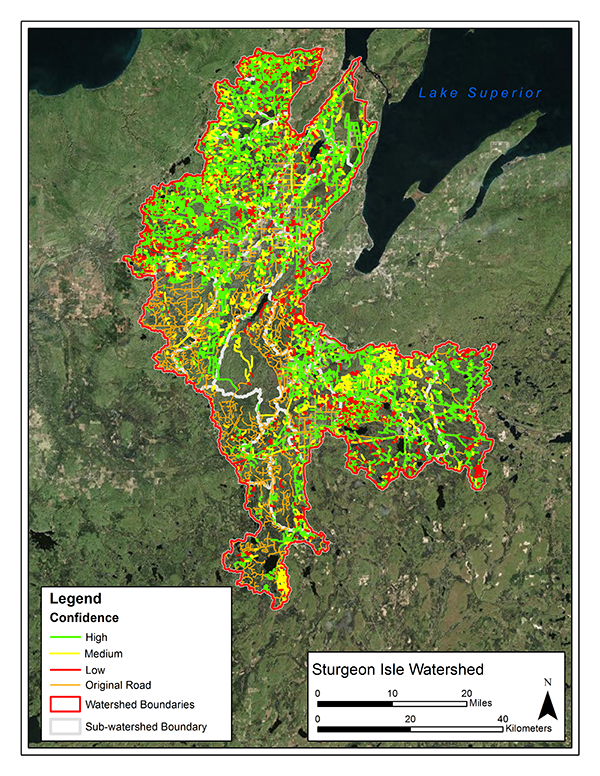 Field site verifications were conducted to provide insight into what forested roads look like from the ground versus how they appear in aerial imagery and to verify the detection of potential hydrologically impacted wetlands. In areas that were heavily forested, an unmanned aerial vehicle was used to confirm the presence of a forested road feature. 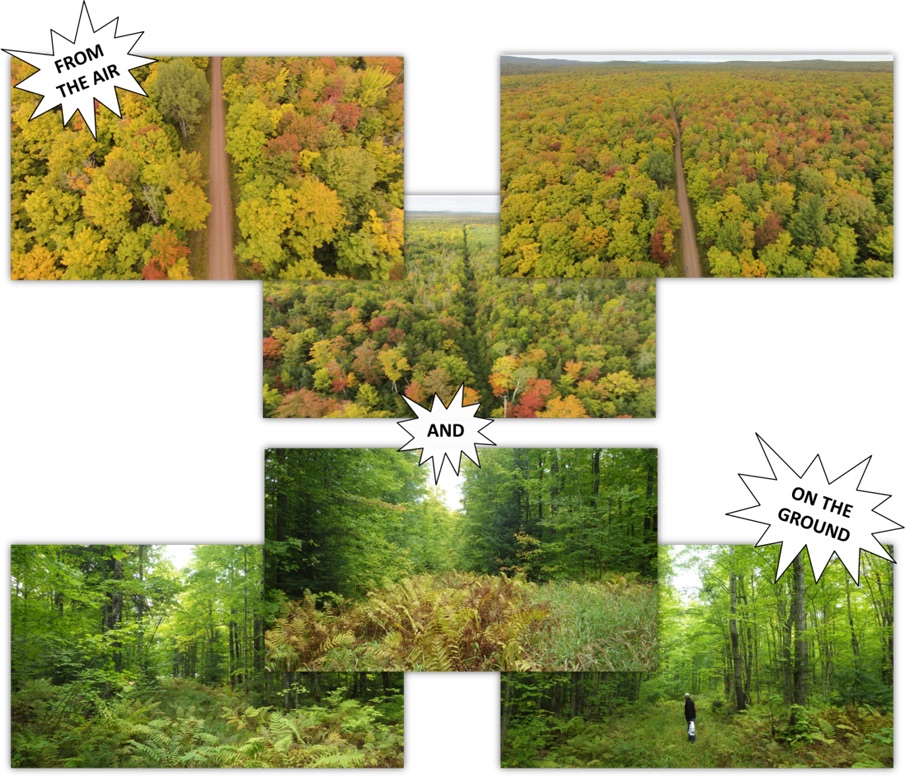 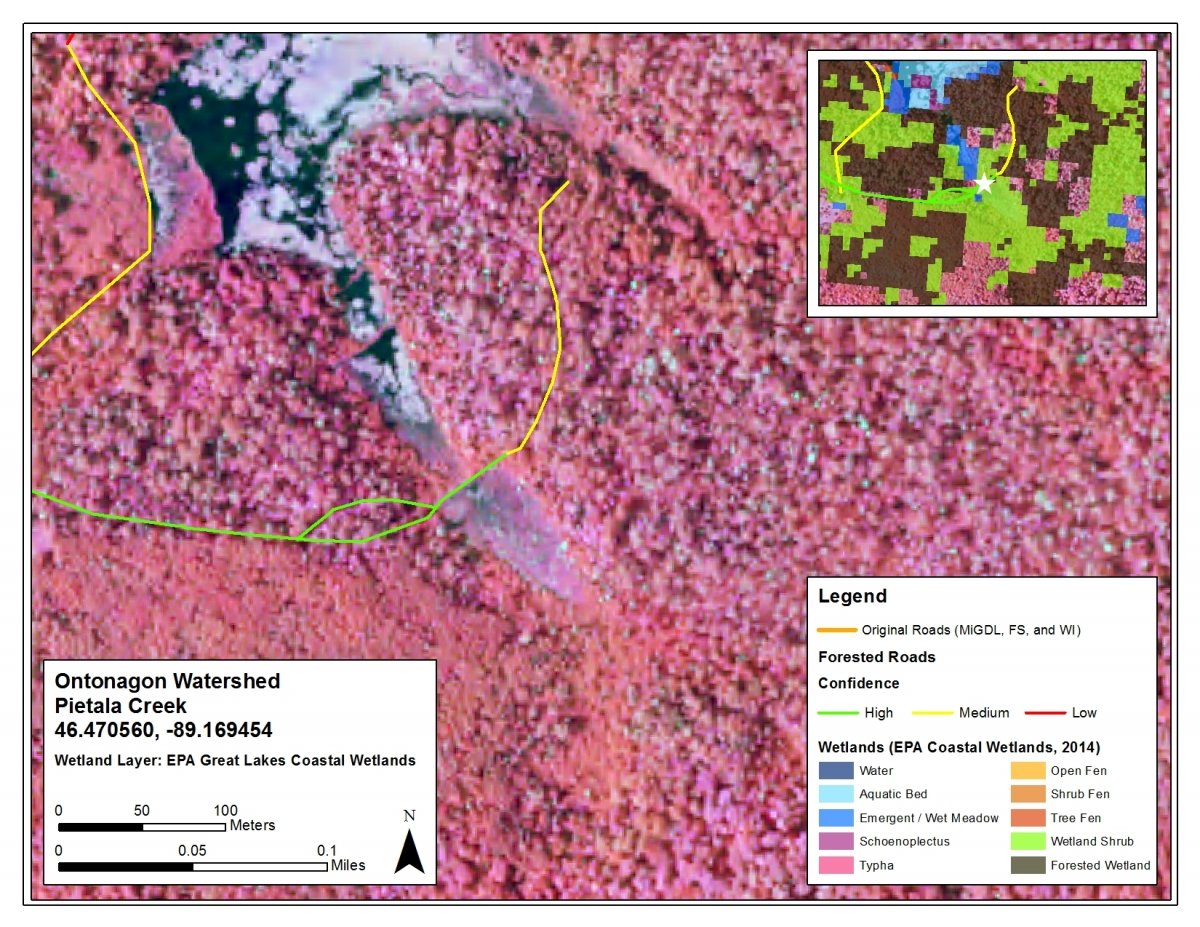 At the conclusion on this project, MTRI added an additional 9,966 miles of road to the original road network. This increased the total road network mileage from 7,627 miles to 17,593 miles; a 130 percent increase. Additionally, the locations where a stream/river and a road segment intersected were also quantified due to the potential for non-point source pollution occurring at these locations. The original road network contained a total of 4,709 road-stream intersections. After the road network was updated, 4,497 road-stream intersections were added. This brought the total number of road-stream intersections to 9,206, a 95 percent increase. Through this project, the USDA Forest Service and other potential end users can gain access to an updated and improved road network GIS data layer that can be used to gain a better understanding of where potential watershed vulnerability is likely to occur. Furthermore, analyses similar to this can be performed for any US Forest Service districts in the United States, or any forested regions around the world where the current road network GIS data is limited and where access to aerial imagery is readily available.