By Terry Reynolds and Erik Nordberg '13

The Harold Meese Center, located just off the main campus near Jim's Foodmart, has a somewhat holier-than-thou history. Now the home of the Department of Cognitive and Learning Sciences, the building has its roots as a religious boarding facility called the Wesley House.

Named for John Wesley, the eighteenth-century founder of Methodism, the germ for the building's construction dates back more than fifty years. In 1957, James "Jim" Jones and Carl Schjonberg, faculty in the Department of Electrical Engineering and members of local Methodist congregations, met with a group of students to discuss sponsoring a house. It would be like a fraternity, but with rules appropriate to their religious faith.

The national Methodist Church had traditionally sponsored "Wesley Houses"—gathering places and programming centers for its college ministries. Jones, Schjonberg, and other interested local Methodists received encouragement from the church's Detroit Conference, but no direct funding. But the promoters gathered enough local sponsors and, in September 1957, purchased a house near the University for the project.

This first Wesley House sat near the Memorial Union on Hubbell Street in what was at that time a residential neighborhood. Jones and his associates created a governing board drawn from members of local Methodist churches, especially Grace Methodist Church of Houghton.

Thirty-five Methodist students became the first residents. Additional students from other faiths took their meals at the house, where Mabel Roberts, the former owner, continued to live in a small apartment. She prepared meals and helped run the house, at times lecturing the students about noise and rules. Dan Koss '60 was among those non-Methodists who took his meals there. His first dinner was on a Friday, and pork chops were on the menu. "All eyes were on me as the plate full of chops was put squarely at my seat," Koss said. "At the time, Catholics were forbidden to eat meat on Friday, so the boys figured I would pass and there would be extra chops for them. To their amazement, I stabbed three chops and passed the plate."

Pandemonium ensued, since the per student allotment was two chops. "The last guy ended up with only one chop," Koss said. "Moral of the story: never underestimate a hungry Catholic Tech student."

Recreation and meeting rooms were added, and the dining area was enlarged, in the process reducing the rooming capacity. In the 1960s, Jones played an increasingly personal role in the house's operation, addressing minor repairs, contracting major repairs, and mentoring a generation of residents.

During these early decades, Tech's Methodist student group had a very active program, bringing in visiting speakers, screening films, participating in Winter Carnival, and hiring a bus to transport students to Grace Methodist Church on Sundays. In recognition, the Detroit Conference provided some funding and, in 1966, supported the appointment of a full-time campus minister, Robert Dobson.

The Wesley House board purchased an adjacent home for Dobson's residence, but in 1968 both structures were demolished as part of Michigan Tech's new campus plan and the rerouting of Highway 41. In response, the board purchased two residences on Houghton Avenue, just east of Jim's Foodmart, to serve as a temporary housing for Wesley House residents. Following a fundraising initiative, these buildings were razed and a new structure was erected in 1974. An addition constructed three years later provided recreation spaces with small game rooms, a music room, and a large gathering area with a ping-pong table.

During the 1970s, as Michigan Tech's enrollment was peaking, Wesley House housed between thirty-five and forty-eight students. The organization began to accept other denominations, and room and board rates were kept competitive—usually several hundred dollars below Michigan Tech dorm rates. A cook provided the meals.

By the early 1990s, however, Wesley House was in decline. Jim Jones's death at the start of the decade removed the one person with the passion, dedication, and time to oversee operations and keep costs low. Moreover, the house increasingly faced the problem of securing sufficient residents and revenue to cover maintenance and operating costs. Declines in University enrollment created a glut of affordable campus housing, and fewer students seemed attracted to the ideals upon which the Wesley House had been founded.

Several attempts to boost occupancy and reduce losses failed, and in 1995 the board voted to close the house and put the structure up for sale. Michigan Tech, after initial hesitation, bought the building and extensively remodeled it to create the Harold Meese Center.

The Wesley House Board reconstituted itself as the John Wesley–James Jones Memorial Foundation in 1998. Using the proceeds from the building's sale as an endowment, the group awards scholarships to Christian students (around $250,000 to date) and mini-grants to support local churches' campus activities and campus Christian organizations.

A Note About the Authors

Terry Reynolds, emeritus professor in the Department of Social Sciences, served on the Wesley House Board beginning in the mid-1980s and continued as president of the John Wesley–James Jones Memorial Foundation. Erik Nordberg, formerly the University archivist, is now executive director of the Michigan Humanities Council. 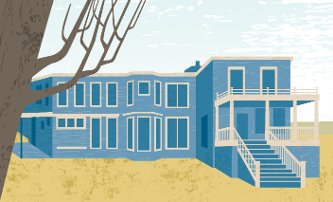 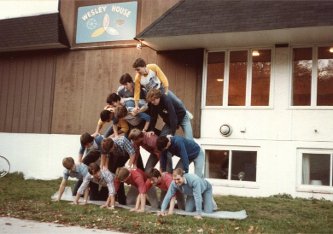 Electrical engineering faculty member Jim Jones, right, was the primary impetus for the creation of the Wesley House, which fed and sheltered dozens of Tech students before closing in 1995. 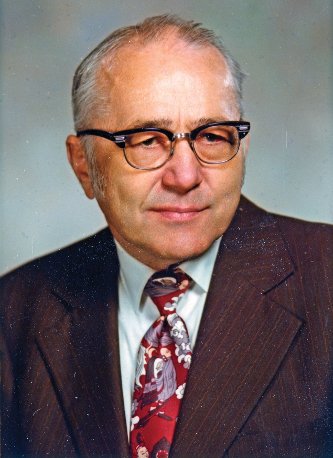