The Redemption of Daniel Crowl

Abandoned as a child, a professor discovers that a stellar career is not the same as a good life.

It was 1997, and Dan Crowl figured he was at the top of his game. He’d written the book on chemical process safety, and he held the Herbert H. Dow Professorship for Chemical Process Safety in Michigan Tech’s chemical engineering department. His research was booming, and he was working night and day and loving it, or so he told himself. Then his world unraveled.

“My wife fell critically ill,” he says. “She had to have emergency surgery, and they said she had only a 20 percent chance of survival.”

Crushed by the thought of losing her and raising their seven-year-old son alone, Crowl did a very engineer-y sort of thing: he began to write a list of stuff that needed doing.

“Then suddenly I started bawling,” he remembers, “and the room filled with bright light. Something reached out and touched me.”

Until that moment, Crowl had known precious little comfort. “My early childhood was miserable,” he says. “I was abandoned by my parents when I was 13. There was a while when I didn’t know where I would sleep or eat.”

Almost fifty years later, he bears them no malice: “They weren’t prepared to be parents,” he says. “They divorced, and my brother, sister, and I were thrown to the four winds.” Eventually, he found a haven with his 75-year-old grandmother, but the experience chewed a black hole in his heart.

“By then, I was already pretty messed up, very reclusive,” he says. “I figured I could live without people, because they had caused me a lot of grief.”

Nevertheless, he threw himself into his studies. “I’d always wanted to go to college, so I did well in school. I was a straight-A student because I wanted to give myself value,” he says.

It worked, at least on one level. After earning a PhD from the University of Illinois at Urbana-Champaign and working two years for a paper company, he joined the faculty at Wayne State University. Now married with a young son, he was merrily teaching and conducting research when he found himself in a tight spot.

“I was suddenly confronted with a summer when I didn’t have any research funding, and I had a family that needed to be fed,” he says. “I was telling my woes to a friend at [the chemical corporation] BASF, and he told me I could work there.”

Crowl almost said no. Work started at 8 a.m. sharp an hour’s commute across town, “and I knew they’d work me hard,” he says. “But I did it anyway. Then I saw all the safety stuff they were doing, and the scales fell from my eyes.

“I had degrees from some of the best universities in the world, and I realized that there was a huge segment of the industrial world—safety—that had never been discussed in my academic experience.”

So he decided to offer a course on chemical process safety at Wayne State. It would address safety programs in chemical plants, where hazardous chemicals are present in very large quantities, making safety programs highly challenging. There were no such textbooks to be had, so he and his friend from BASF, Joseph Louvar, wrote their own. “It was a huge amount of work,” Crowl remembers. “No one had ever done it before, and we struggled just to put an outline together.”

They published Chemical Process Safety: Fundamentals with Applications in 1990, followed by editions in 2001 and 2011. About 30,000 copies have sold, and it has no competition. “The publisher is delighted,” says Crowl. “There are no other chemical process safety texts on the market.”

Crowl’s research on the nature of explosions really caught fire after he came to Michigan Tech, in 1993. His first task was to work the kinks out of industry’s traditional tool for characterizing flammable liquids and gases, called a twenty-liter sphere. The data from experiments using the twenty-liter sphere save lives; industry uses the results to design systems that can prevent or mitigate explosions.

The problem with the twenty-liter sphere was that it didn’t work all that well. “People were getting different results, so we set about figuring out why,” he says. Turns out, there were a couple of reasons, both related to the garbage in, garbage out postulate.

“They were using el-cheapo, low-purity lab gases, and you have to use ultra-high purity to get consistent results,” says Crowl. “And some people were using plain air out of the lab, but when you bring air in you bring in humidity, and those variations make a difference.” Crowl’s group also replaced the ignition system with a simpler mechanism that now gives very reliable results. “It’s what everybody is using around the world now,” he says.

What’s next? Math. “Now that we have all that high-quality data from a single apparatus, we can look at theory,” he says. “If you have a theory, you can reduce the amount of data you need.”

Crowl has big-time theoretical street cred. Back in 1891, Henri Louis Le Châtelier devised a principle for determining the concentrations of flammable gas needed for it to ignite. Unfortunately, Le Châtelier’s principle is not totally reliable, because it’s based on experimental data. After tracking down Le Châtelier’s original paper and translating it from the French, Crowl’s group developed a mathematical theory to fit the data.

“We found out why it works and why it doesn’t work,” said Crowl. “If you look at our paper, it looks like it took ten minutes to write, but it took ten years to really figure it all out. But we did. I always knew there had to be a theoretical derivation.”

Crowl continues to do lab safety education and outreach and consults with universities that are bringing process safety into their curricula. But his greatest professional satisfaction comes from discovering something new about the behavior of flames and explosions and sharing that excitement with his students.

“My grad students will come in and say, ‘I just found this out,’ and, I say, ‘Do you realize this is the first time the world has ever seen this?’ And when they do experiments and find the data doesn’t fit the theory, they are all dejected, and I’m dancing. Because if the data fit the existing theory, what do we have to offer? Now, there’s a huge understanding leap that’s going to happen.”

“I’m continually amazed at how much is missing,” he says. “There’s a huge amount that needs to be done. People have been working on flammability since the 1920s, and they’ve still left lots for me to work on, big holes to fill.”

He is still bemused to think that his career happened by accident, when a friend offered him a summer job. “I’d thought safety was no more than hard hats and safety shoes. I didn’t realize there was this huge fundamental basis for all this,” Crowl says. “That summer at BASF turned out to be one of the most wonderful things that ever happened to me.”

At the time, Crowl had a shortage of wonderful things to hang his hat on. Despite his professional success, he remained haunted by the ghosts of his childhood.

“The only way I could get rid of the despair was by working and drinking,” he says. “I ended up being an alcoholic. And the reason I got into academia was because of my other addiction: work. That’s a harder cycle to break than the alcohol, because it looks so good, and you can’t just quit it because you have to work to make a living. But really, it’s obsessive-compulsive.”

“I was trying to give myself value, and fundamentally there’s no real value to be had. I could never do enough, my work could never be perfect enough. And in the end, that convinces you that you can’t succeed. When people realize that, that’s when they do themselves in.”

Crowl broke his obsession in time. Now, he works eight hours a day, Monday through Friday, and devotes the rest of his time to his personal life. It can be challenging in academia, an environment greased by midnight oil, but he does it by strictly managing his time and eschewing distractions.

“People brag about being up at four in the morning, and to me that’s a failure. There’s no peace and serenity in that,” he says.

It took five years of counseling for Crowl to work through his past and his addictions.

“That’s hard,” he says. “When I revisited my past with my counselor, it was painful, but I am really grateful now, surviving all this.”

Life is good now—yes, his wife did make it through the surgery—but it’s not easy. “I still struggle because as a child my family was stolen, and I’ll never have it again. It was especially tough when I married and had a kid, because I didn’t know how to be a husband or a parent,” he says. “Fortunately, our son has turned out to be a nice young man. If your family fails, you don’t have a frame of reference.”

In truth, he has constructed his own frame of reference, in part through his involvement in a twelve-step recovery program, backed by his faith, and fueled by that encounter with the light.

“Whenever I’m in trouble now, I go back to that.” 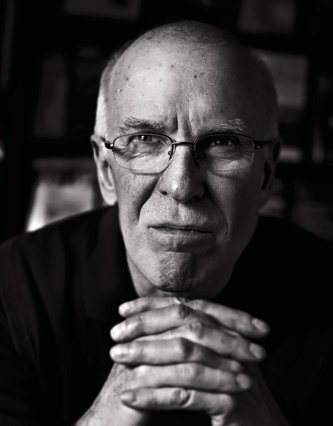