Miguel Levy is a mosaic: a physicist who loves to paint, an atheist who honors his Jewish heritage while harboring a deep sympathy for the Palestinian cause.

“For a long time, I’ve been interested in questions relating to the struggles of people for their rights, and my Jewish background leads me to be sympathetic with people who are being discriminated against,” says the Michigan Tech professor. “The Jewish people have been victims of racism over the ages, so it’s just shocking to me that with that background, Israel is committing so many injustices against Palestinians.”

Injustice motivated nearly all of the paintings displayed in Levy’s exhibit, The People Respond, which was shown this winter at the Rozsa Center for the Performing Arts. And while a number of Levy’s works address the Palestinian struggle, his paintings also deal with other popular uprisings, including the Newark rebellion of 1967, the 2011 Occupy movement, and others.

Levy isn’t a born activist, but he was drawn to painting as a child in his native Peru. There, his mother nurtured his gift by retaining a talented Argentinian artist to paint with him regularly and give advice. It wasn’t until after he came to the US for graduate school that he developed a political sensibility.

“I was aware of what was going on, but I was happy in my ivory tower,” he said. “Then I began to feel that a human being shouldn’t be one-dimensional: I became aware that we are social beings, and we have to be responsible for other people.”

He started participating in demonstrations, which inspired his art. However, most of his paintings are based on photographs that appeared in news media, including Free Gaza! perhaps his favorite work. Using intense colors and textures, Levy injected drama and poignancy into this portrait of a Palestinian woman, which is actually based on a composite of photos.

Though Levy specializes in the esoteric field of photonics, he has no trouble reconciling his research and his painting. “There’s a lot of art in science,” he says. “Quantum mechanics is beautiful, Maxwell’s equations are beautiful, relativity is beautiful.”

Levy’s art carries its own type of beauty, not only because of his skill as a painter, but also because it powerfully expresses the courage of his subjects and his own philosophy: “You shouldn’t just do things for yourself,” he says. “We can’t escape caring about other people.” 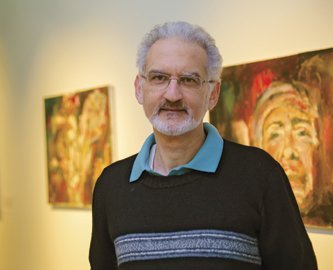 Miguel Levy paints about injustice wherever he sees it. 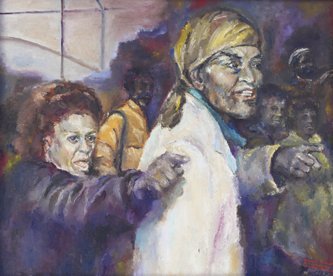 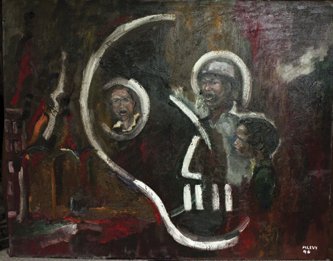 The Newark Rebellion of 1967, in which local residents protested police brutality and overall discrimination. 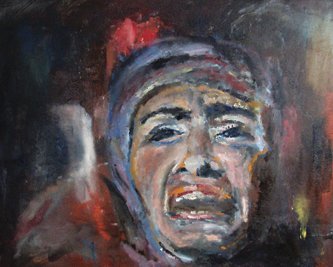 A composite portrait of a Palestinian woman.