House cooks own a special place in the hearts of fraternity brothers. They are mostly women, and their home cooking helped generations of students through all the cramming, dating, partying, and other demands of Greek life at Tech.

We asked readers of TechAlum for memories, and one group’s response was overwhelming.

From 1957 to 1984, the brothers of Phi Kappa Tau enlisted the services of Laura Archambeau.

During her 27 years, she watched over 500 members (“her boys”), served 12,000 meals, and worked with 33 kitchen stewards, the liaisons between her and the brothers. For the men at 1209 West Quincy Street in Hancock, she was Mom.

The Mother of Phi Kappa Tau would walk to work wearing crampons when her 1968 Oldsmobile couldn’t make it up the driveway, which was often. Some days, the brothers admit, she would walk over the bodies to the abomination of a kitchen and just turn around in disgust and go home.

Laura’s leftovers were always waiting in the refrigerator for brothers returning from local saloons like the Monte Carlo, Golden Pheasant (aka the Duck), or Long Shot.

Laura’s specialties included “varnish rolls,” cinnamon rolls that the men summoned to the statue site, even after she retired. Chili was another cold-weather favorite that would keep the brothers working on their Winter Carnival statues, again continuing after her retirement.

Six kitchen stewards were called upon to serve as her pallbearers in August 1991. She died one day shy of her fifty-fifth wedding anniversary, at the age of 74.

In 2007, on the chapter’s fiftieth anniversary, the brothers placed a framed verse on her grave acknowledging her as “the dream girl of Phi Kappa Tau.” 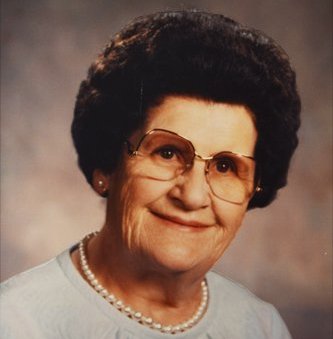 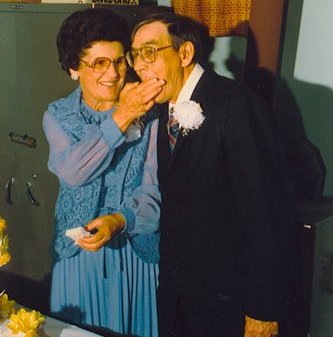 Laura and her husband Ernie 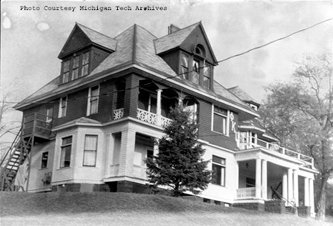 "Unknowingly, she gave strength to our organization by just being there for so many years.” —Marty Schendel ’83

"Her favorite song was ‘One Day at a Time [Sweet Jesus].’ She was my surrogate mother during my parents’ divorce. There would be hell to pay if I missed turning on the ovens at 4:30 a.m. to cook the turkeys.” —Mike Dustin, pledged 1974

"Laura always sewed the crest on our fraternity jackets for us. Also, her husband, Ernie, would cut the blanks for our membership plaques.” —Terry Kinzel, MD, pledged 1968

"Someone in the house used to rubber-band the handle to the sprayer on the sink, so when Laura turned on the water, the sprayer would squirt right at her. I could hear her screaming through the whole house.” —H. Dave Fletcher, pledged 1967

"When the membership enjoyed dinner, the neighborhood knew it. We would have guys hanging off the front porch giving Laura a standing ovation in appreciation. This would go on until she finally drove away.” —Mark Bratschi, pledged 1981

"A number of times I drove her to Green Bay on break so she could visit her daughter and her family. It was just the two of us for four hours on the road—great conversation and wisdom from a special lady. I cried all day when I got the call in 1991 that she had passed on. I was honored to be one of her pallbearers.” —Scott Cooper, pledged 1981