For the first time, the accomplishments of Tech women will be specially recognized at Alumni Reunion this summer. To mark the occasion, Jennifer Donovan spoke with three alumnae from vastly different eras about their college experiences and what the University has meant in their lives.

Here are their stories.

A generous scholarship and Michigan Tech’s reputation as a good school for students interested in science, technology, engineering, and math (STEM) fields brought Danielle VanDyke to Houghton. She graduated in 2006 with dual BS degrees in Computer Science and Psychology. VanDyke credits the University with teaching her leadership and team-building skills, improving her communication skills, and encouraging her to seek new challenges every day.

As a senior software engineer at Google in Silicon Valley working on mobile display ads, she’s putting those skills to good use.

“I love that I can create a product out of nothing, using just my mind, a computer, and the Internet,” she says. “Every day, my work is seen by 100 million smartphone users. The part I love most is that every day brings different challenges and new ideas to make our products better, and I can contribute to all parts of the work.”

Valuing how far her Michigan Tech education has taken her, she also pays it forward. In 2010 she helped the late Bob Mark, a professor of practice in the School of Business and Economics, arrange a trip for students to Silicon Valley to meet with some of the legendary executives there and see for themselves what their futures as entrepreneurs might hold.

VanDyke doesn’t recall any overt sexist behavior from professors, administrators, or other professionals at Michigan Tech. “There certainly was some unenlightened behavior from other students from time to time,” she says, “but it was just part of a ‘dude’ culture pervasive at the time.”

It wasn’t until she decided in her junior year to add a second major in psychology that VanDyke confronted the feeling of not belonging. “Half the room was female, and I felt more like an outsider than I did in the computer science labs with my guy friends,” she recalls.

After she graduated, Michigan Tech began sponsoring women to attend the annual Grace Hopper Celebration for Women in Computing. VanDyke sees that as a strong commitment to diversity. “The University understands the importance of students networking with professionals who understand what it’s like to be the one girl in the room,” she says.

Sally Heidtke attended Michigan Tech more than twenty years before Danielle VanDyke, graduating in 1981 with a BS in Chemical Engineering, but she doesn’t remember her gender being much of an issue.

“In the late ’70s and early ’80s, Michigan Tech was a great place for women,” she says. “Everything was available to me that was available to the male students: intramural sports, clubs, statue building at Winter Carnival, summer internships, leadership roles on campus, and great job opportunities.” The student council president was a woman, and during Heidtke’s senior year, two of the four officers of the Blue Key Honor Society were women. “The Michigan Tech Student Foundation was thriving,” she recalls, “and women were very engaged in that group.”

Still, she is enthused about the opportunities open to today’s students. “I love what I am seeing from Michigan Tech students and women in particular,” she says. “Women are very high-profile as leaders on campus, and I find this very exciting. I sense increased confidence and capability. Women are very seriously attacking their studies and pursuing every opportunity available to them on campus and off. It feels like a wonderful, necessary, and appropriate sequel to what I saw as a student there thirty years ago.”

Heidtke is director of organizational development for CCI Systems, a communications systems company based in Iron Mountain. She joined CCI after twenty-four years as a manager for Procter & Gamble, a job that developed from a summer internship while she was at Michigan Tech. “I worked side by side with 150 interns from the top engineering universities in the US, and I found that my Michigan Tech education prepared me well. That was my first indication of how top-notch my Tech education was.”

So enthusiastic is she about the value of a Michigan Tech education that she is chairing the Women at Tech portion of Alumni Reunion, set for August 2012.

During her career, Heidtke learned that an engineering or science degree enables a person to evolve in a variety of directions. “Only three of my years with P&G involved working with chemical processes directly related to my field of study,” she points out. She worked with mechanical processes, electrical power generating systems, business leadership, and in sales and logistics roles. But the common link in all of them, she says, “was the spirit of a Michigan Tech education: excellent problem-solving capabilities, critical-thinking skills, teamwork, and perseverance.”

She has some advice for students who hesitate to pursue STEM studies because they want to work more with people. “Being a successful engineer or business manager is all about linking the technical or business challenge with the hearts and minds of people,” she says, “and it is often more about the people than the technology.”

Lina Tormen Taskovich ’52 studied chemistry and chemical engineering at Michigan Tech almost thirty years before Sally Heidtke, and she has some words of wisdom for women students too: “Study a field you like—you have to spend all your life working in it. And go for the top degree in the field of your choice. Also, do not go for the most lucrative job, but for the job you would love to do.”

When Taskovich came to Michigan Tech, the male-to- female student ratio was about 50-to-1. Only a dozen or so women were in science and engineering. She majored in chemistry, and in her freshman class, there were eight women. Her sophomore year, there were four. During her third and fourth years, Taskovich was the only one.

Originally from Ecuador, Taskovich wanted to attend the University of California at Berkeley, but she didn’t have the math prerequisites. So she chose Michigan Tech, intending to stay only a year and then transfer to UC Berkeley.

But she discovered that her freshman chemistry and algebra classes had only fifty students in lectures and fifteen for recitation sections, compared to three thousand in Berkeley lecture classes and no recitation opportunities at all. “I decided that Michigan Tech was a very good university, so I decided to stay and complete my education here,” she says.

After she graduated in 1952 with a BS in Chemistry and a minor in chemical engineering, Taskovich earned a master’s degree at the University of Minnesota and pursued the career of her dreams: chemical research. She worked with M. S. Blois at Stanford University while Blois was exploring the importance of free radicals in biological systems, forty years before anyone else. Then she worked as a research scientist for ALZA Corporation, a start-up pharmaceutical firm in Palo Alto, California. Somehow, she also found time to raise three sons.

“The only difficulty I had wasn’t being a woman, but not having a PhD,” she says. “That’s why I always advise my assistants or students to go for it and earn their PhDs. With a PhD, they can move to the top. Some of my superiors at ALZA were excellent, others good, some very bad—but all had PhDs.” 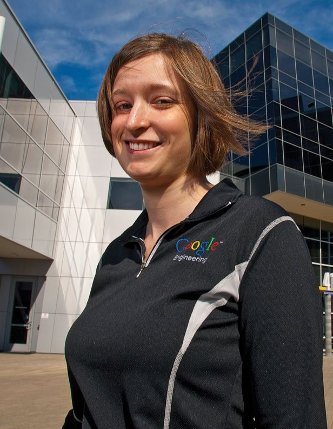 Danielle VanDyke '06 on the Google campus in Silicon Valley, where she is a senior software engineer. Photo by Rick E. Martin 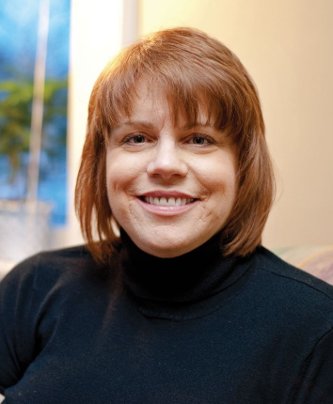 Sally Heidtke '81 is chairing the Women at Tech activities at Alumni Reunion, set for August 2-4, 2012. 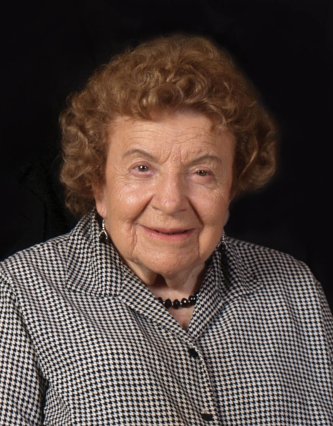 Lina Taskovich graduated from Michigan Tech when the institution was 98 percent male. Her only regret was that she never completed her PhD. Photo by Olan Mills

Celebrating all the women of Tech

Back in the day, women were far more likely to forego their Michigan Tech education to get married, start a family, or go to work to support their husbands. The Tech Wives Club was very active, and many local women began their education at Tech and completed their degrees at other institutions.

“Many of these young women made major sacrifices and played a very important role in the ultimate success of their families,” said Alumni Relations Director Brenda Rudiger. “We count them as part of the University family and extend a special invitation to attend the 2012 Alumni Reunion. They are certainly considered among the ‘Women of Tech.’”