A sound design student orchestrates the clamor and creak of the zombie apocalypse.

Chris Trevino brings life to the undead, whooshes and whams to super-heroes and villains. He sets the scene for every noisy medium imaginable, from video game to vlog to TV show. And as an up-and-coming sound effects producer, he's got one of the coolest (and sometimes sloppiest) jobs around.

Trevino, a sound design major with graduation on the horizon, has been an incurable video game junkie since a young age. He'd play any game he could get his hands on.

"The music in the games has always really gripped me," he says. "It wasn't until after I came to Tech and discovered sound design that I realized how potent non-musical sound could be. It's the perfect major for me."

After a few semesters of study, Trevino took a summer internship with Detroit Chop Shop, the largest producer of sound effect libraries in the world. There, the crew spends weeks recording myriad sound effects centered on a specific topic. Trevino helped build two libraries during his back-to-back summer internships with the studio: one for a zombie apocalypse, one for super-heroes and villains.

The intern team is involved in the process from start to finish, recording and making sounds and then editing in post-production. With interns' help, the studio puts together sets of hundreds of sounds for every scenario imaginable.

Take AMC's popular end-of-times zombie show, The Walking Dead. When one of the undead manages to get a hold of a potential meal, producers turn to sound effects experts like the Detroit Chop Shop to serve up the groaning, gnashing, and gulping they need to make their viewers squirm. One of Trevino's zombie snarls was picked up by the show—a big highlight of his time as an intern.

Rest assured, no interns were injured in the making of even the nastiest sound effects. In fact, Trevino says creating the zombie apocalypse library was largely a vegetarian affair.

"We went to the market and bought hundreds of dollars of fruits and veggies," he says. "We took them back to the recording studio and completely destroyed them. Ripped 'em apart. Smashed 'em on the ground. Bit chunks off. Playing with food can yield some deliciously horrific results."

Mid-produce destruction, Trevino wondered how he could repurpose some of the Chop Shop's props to land an even better sound for the library. In a moment of auditory ad-libbing, he thrust a plunger in and out of a cut watermelon. Much to the delight of his coworkers, it made some of the goriest gurgles imaginable.

"I'm really into the psychology of these sounds," he says. "They're not always what you think they are, and that's fascinating." 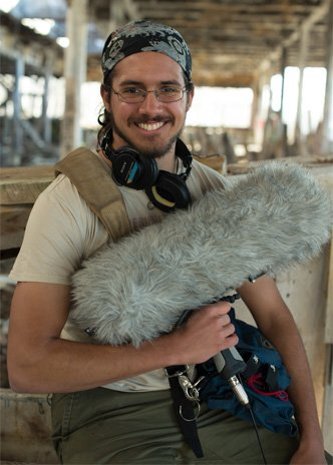 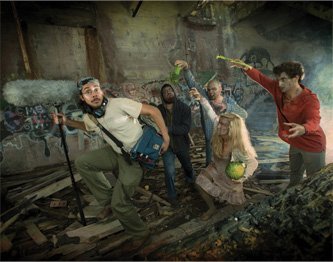 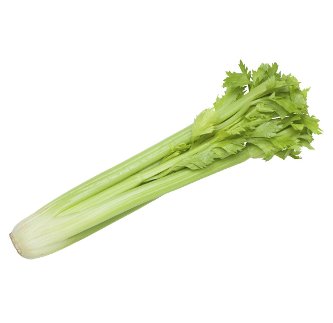 Breaking Bones: The horrific cracks and pops you hear when someone gets a gnarly fracture are usually just the sound of snapping celery.
Photo: Sarah Bird 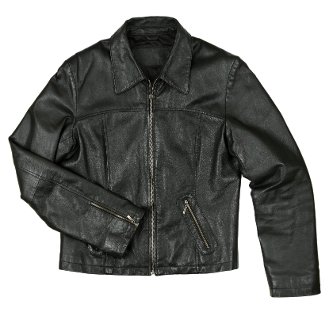 Falling Bodies: Almost any time you hear a falling body hit the ground, it's actually the sound of a leather jacket being thrown on a hard floor.
Photo: Sarah Bird 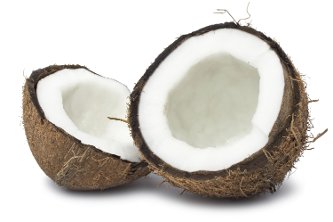