A popular economics professor breaks down the intricacies of America's favorite entitlement program and answers the question "Is the sky really falling?"

What do you and a nineteenth-century Prussian factory worker have in common? The kind of income you are going to rely on in retirement, says Pat Joyce, professor emeritus of economics.

Germany was the first country to adopt a workers' pension system. The system, passed by parliament in 1889, provided retirement and disability benefits. Participation was mandatory, with contributions taken from employee, employer, and the government.

Across the sea, politicians were paying attention. During the Great Depression jobs were scarce, and the government wanted to encourage older workers to retire so younger ones could take their place. But it seemed that the only way to get people of a certain age to stop working for pay was to pay them to stop working.

At first it worked fine. Enough money came in to pay the benefits going out. But that has changed, says Joyce, and Americans now face a fractured Social Security system that needs more than a simple splint.

In his memorable final lecture at Michigan Tech, Joyce details some of Social Security's challenges.

Some people think that the money they put into Social Security through their payroll taxes supports their retirement. That's not how it works, says Joyce. Social Security was designed as a "pay as you go," system, i.e., contributions from today's workers cover benefits to today's beneficiaries.

But at the rate it's going, Social Security is only partially funded. That's an accident of demographics.

With the baby boom generation starting to retire and the number of people over 65 expected to increase 250 percent by 2040, funding Social Security is going to be increasingly problematic, says Joyce. The number of workers won't grow by nearly as much. "The future solvency of Social Security depends on the prosperity of future workers," Joyce points out, as well as the number of beneficiaries.

And there's another problem. Private pension plans can invest in higher-yield assets like stocks and corporate bonds.

As tax revenues fall, Social Security will have to sell more bonds to meet its obligations to beneficiaries. What happens when the bonds are all sold, which could happen around 2032? At that point, Social Security payroll tax revenues will cover only three-fourths of the benefits going out. The other 25 percent of the benefits that retirees expect to receive will have to come from additional taxation, Joyce says. The only other option: benefits will have to decrease.

"Excess benefit growth compared to revenue growth has created this problem, which is not a catastrophe in the making, just a problem that will correct itself when all the baby boomers die off," he adds with a twinkle in his eye.

In his Social Security presentation, Joyce outlines two typical views about Social Security. One camp says, "The sky is falling." The other: "What, me worry?"

The Chicken Little camp projects disaster as the number of people over 65 skyrockets. As they age, their health will fail, and nursing homes will fill to bursting, just like the elementary schools of the 1950s, all on the taxpayers' dollar.

"If the sky is falling, we should assess the costs of propping it back up on the baby boomers now, while they are still working," says Joyce.

The Alfred E. Neumann optimists project that people will be healthier longer and put off retirement until later in life. That means they will pay more taxes, rely less on Social Security, and require less medical care. "If 'What, me worry?' is correct, increasing taxes now will disrupt the savings and retirement plans of the very ones we want to help," he says.

So what should we do about Social Security?

"There is no simple solution," Joyce admits. "The problem is exacerbated by people retiring early and living longer." An obvious strategy—freezing Social Security benefits at some level—is unlikely to succeed, he adds.

"That won't work, because it will penalize those close to or in retirement," Joyce says. "Also, they vote."

"A complicating factor is the attitude of many on Social Security who don't realize that it is a tax-supported government program or whose attitude is: 'I have mine, so to hell with you.'"

A particularly jarring misconception is that the payments workers make into the system cover their own retirement benefits. "The average worker receives more in benefits than the sum of the contributions and interest—a lot more," says Joyce. "As a retirement plan, Social Security is a good buy, especially for those whose lifetime earnings are average or below."

As for employers' contributions, they pump up the checks of those who don't receive much Social Security because of their wage history. "This is a redistribution from those earning more to those earning less and is designed to keep retirees out of poverty."

The professor does have a few suggestions for rescuing America's favorite entitlement program. "If we were to put more people to work, say, rebuilding the deteriorating US infrastructure, that would increase Social Security income and might actually reduce early retirement. Another solution is to slowly raise the full retirement and early retirement age and to give people greater financial incentives to wait to retire."

There's a more fundamental question that needs to be considered too, Joyce says.

"For the most part, people are incapable—or certainly seem to be—of saving enough for their own retirement without Social Security," he says. "Most people retire with less than $50,000 in assets, not counting equity in their homes. That doesn't last long. And who wants Dad and Mom to knock on their door and say, 'We've run out of money, and we're moving in'?" 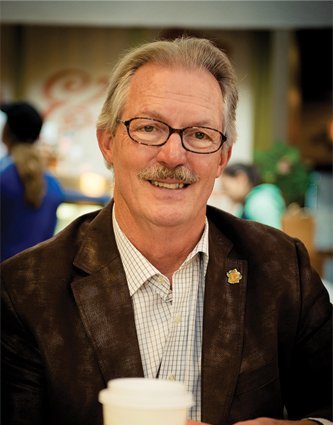