The change is going to do us good.

When Penn State added a varsity hockey program and the Big Ten decided to sponsor men's ice hockey as a sport beginning in 2012–13, the landscape of college hockey shifted. Twenty of the fifty-nine college hockey programs in the nation changed conference affiliation in the offseason prior to 2013–14.

Michigan Tech remained in the Western Collegiate Hockey Association, the nation's most-storied league, along with three others, while six new members joined.

One year into the reformation of college hockey, we checked in with Michigan Tech coach Mel Pearson '81 to see how the changes have affected the Huskies.

Q: What has been the overall impact of college hockey conference realignment on Michigan Tech?

A: In most ways, it's been good. We've been able to create some new rivalries and also maintain our old ones. One of the big advantages is having our rivals Northern Michigan in the league and playing them four times in meaningful conference games. The realignment has also allowed us to travel downstate more often and play in front of our large alumni base there.

Q: How has non-conference scheduling been affected?

A: Scheduling has been great. We've been able to schedule some really high-quality, non-conference opponents like Michigan and Michigan State for the first time in years, and we'll play Wisconsin this season. We've also been able to maintain our rivalry with Minnesota Duluth and continue playing in the Great Lakes Invitational, which is one of the best college hockey tournaments in the country. Having both Alaska schools also helps, because every game you play in Alaska, you get to add another game to your schedule. We played up there four games last year and added four non-conference games to our schedule.

Q: Has there been an effect on recruiting?

Q: How has travel been affected?

A: I think it's been roughly the same. There are probably fewer flights, since we don't go to Denver and Colorado College anymore. Instead we go to Ferris State and Bowling Green. In terms of bus travel distance, it's probably very similar.

Q: What have the changes meant to the program's opportunity for success?

A: One of the real benefits has been from a competitiveness stand-point. All the schools currently in the WCHA are similar in size and resources. Last year, we really saw a close league race that went down to the last game of the season to determine who would make the playoffs. It's a really well-balanced conference, and it's a good conference with talented coaches and players. You saw Ferris State being an overtime goal away from the Frozen Four. Minnesota State was an NCAA Tournament team as well. What I like about it is everyone has a chance to win the league, and that's what you want as a coach. I feel like we have a chance to win this league and get to the NCAA Tournament. 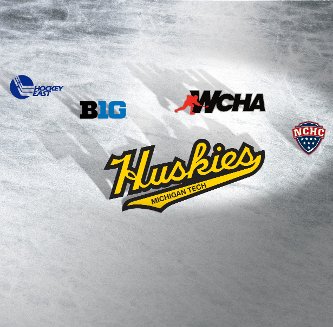 Tech emerges intact within the shifting landscape of college hockey. 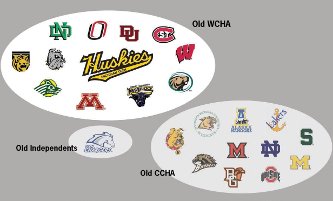 Originally formed in 1951, the WCHA is home to a record 37 national championships and a record 16 Hobey Baker Memorial Award winners?given annually to the top player in Division I college hockey. 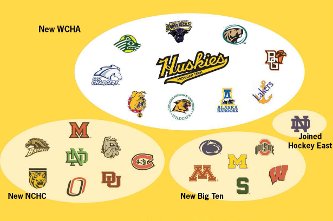 The new-look WCHA covers a wide, diverse geographical area that spans five time zones and consists of ten quality institutions that offer the best in both educational and athletic environments. 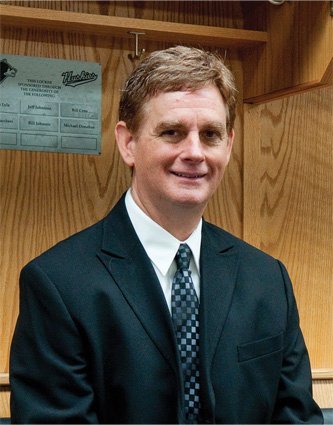 Follow the hockey team's schedule and game results on the official website of the Michigan Tech Huskies.