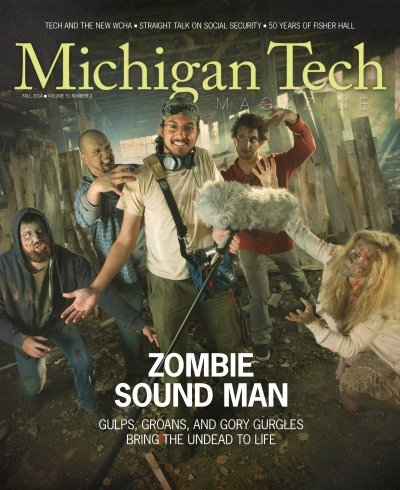 On the cover: Sound design student Chris Trevino learned to make zombie noises while interning at a Detroit sound effects studio. Here, he clowns around with the unreal thing during one of the funnest photo shoots ever, at an old, abandoned warehouse near the village of Mason, just a few miles from campus. Sarah Bird photo.

Published by University Marketing and Communications