Generations of Discovery: The Campaign for Michigan Tech has officially drawn to a close, leaving behind a lasting legacy for the University.

That includes millions for new scholar- ships and fellowships and over a dozen new endowed chairs and professorships. Better labs. Better classrooms. Ultimately, a better university.

Former Intel executive Dave House ’65, who chaired the campaign, looked back on the marathon effort. At no time did he doubt its success. "I believed we could do it," he said. "We just needed to communicate with our friends and alumni what the real story was."

The story was simple. Michigan Tech needed to adapt to changing times, something it has been doing since 1885.

"Michigan Tech has gone through a number of transformations since it started as the Michigan School of Mines," House said. "It changed when mining left the Copper Country, and it changed post-Sputnik when science and technology became more important, and it’s going through a change again, as the increasing complexity of technology fuels demand for advanced degrees."

Meeting that challenge would require Tech to beef up its graduate programs, which meant expanding research. "To do that, we knew we needed to bring in new faculty who could advise grad students and attract research dollars, so we had a big focus on endowed professorships as well as scholarships in the campaign," House said. "Fundamentally, our aim was to attract the best faculty along with the best students."

The message hit home. "Nobody I spoke with said no, I don’t want to help," he said. "I was so proud of my fellow alumni and the way they stepped up to the plate to support their university." 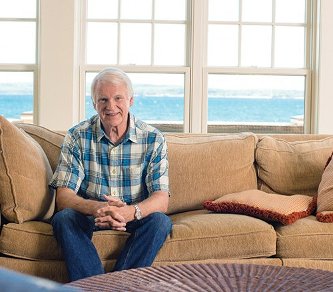