A Picture Worth $2.5 Million

by Russell A. Gronevelt ’69, civil engineering

After I graduated from Tech, I got my first job working as a project engineer for the City of Livonia. The city had assessed a millage to improve its major roads, and many of our roads had been improved, but not the crossing at Middle Belt Road and the Chesapeake & Ohio railroad.

The Middle Belt was four lanes across and very congested, and when the trains crossed, traffic would back up for blocks. That was a big problem for the fire department. The solution would be to lower the roadway and build a railroad bridge over the Middle Belt.

I went to lunch with the city manager and the city engineer and asked them about it, and they said there wasn’t enough money remaining in the road millage account to pay for a new railroad bridge. I asked about submitting a proposal to a special Federal Highway Administration (FHA) program used to address safety issues. The manager and the engineer had lots of reasons not to: The list had a backlog. It was a very large project. It would take years to get funding. We were competing with lots of other communities across the country. The projects being approved were small, and ours was big.

I just asked the question, why not try anyway? After making several phone calls to the FHA, I learned that our project might qualify. Not having done it before, I also learned how to submit a project. I recalled the advice of a Tech professor to include pictures in your report, because they do the best job of telling the story. So, I went up in a cherry picker with a photographer when the train was crossing and got a picture of a huge traffic backup. The proposal went to the Chicago office, which said our request would have to go to Washington and that it would take months, because there wasn’t enough money for large projects like that. Then six weeks later we heard it was approved for the full amount, $2.5 million. That was a lot of money in 1972.

I didn’t do any of the engineering on this project. But I learned some important lessons I’ve applied over my entire career. It’s important to try, even if people say you don’t have a chance of succeeding. And a picture truly can be worth a thousand words, or, in this case, $2.5 million.

I have spent my entire career working for Whirlpool Corporation, on both the engineering and on the business side. I am currently the general manager for the cooking business here in North America, and I’ve been amazed at how much I continue to leverage my engineering skills as I’ve move through different roles in the organization.

In mid-2008 I was challenged to put a management system in place that would systematically drive costs down, as opposed to implementing a “program of the month.” I had to influence people all across the organization, and to do that, I had to speak their language. I found that my engineering background brought me credibility with my counterparts in manufacturing and technology. Plus, my engineering education gave me project management skills and the capability to divide large tasks into smaller, achievable components.

My goal was to take out $2.1 billion in costs in our North American business over three years. While the most important part of my job was to hit this goal, I also had to implement a process to make cost-cutting part of our daily routine and drive this culture through the Whirlpool organization. This involved everything from manufacturing and supply-chain efficiencies to improving our product quality, which would create a better experience for the consumer and save on the cost of product repairs.

The key to driving a sustainable approach to cost takeout was disbanding the “Cost Team” and putting its responsibilities back in core functions like manufacturing and product development. We also emphasized why cutting costs was critical to our business and made all employees aware of the role they could, and should, play in improving the bottom line. Key to our effort was making the employee bonus multiplier dependent on reaching our goal. All of a sudden everyone was very interested in how they could help Whirlpool hit the target! We ended up beating that three-year goal, and the on-going effort is still in place today.

Editor’s note: Klyn and her multi-billion-dollar accomplishment were featured in a January 19 Wall Street Journal article by Joann Lublin, “Finding Their Way to the Fast Track.”

When I was an engineer at Goodyear Tire and Rubber, I had an interesting experience overcoming a difficult problem by using vector analysis and simultaneous equations.

This happened in 1975–76. We were finding it very difficult to give the car companies what they wanted: a steel radial tire that would perform with no vibration at any speed. It got to the point that we were rejecting a large number of tires.

I had been transferred from the plant technical staff to the corporate headquarters as chief engineer of the technical service division in tire development. When I studied what we were doing to address our nonuniformity issues, I found that one of the research staff had discovered some interesting trends. The researcher came to me with his data and suggested that we isolate each part of the tire production process to determine what was causing the most nonuniformity at each stage.

Tire production has many places that interact, such as in the assembly of the parts and in the curing of the assembled tire to make the finished product. We analyzed the entire process using vector analysis and simultaneous equations, dissecting each step. This opened our eyes so we could see where we had the most problems. Then we were able to make significant improvements and meet the tighter standards, which reduced our cost significantly. We trained the tire production staff so all the plants could benefit.

With the math courses I had at Michigan Tech, I was able to understand how the forces that existed could be extracted and how the force vectors were adding to the tire process and either canceling out problems or adding to them. As a result, we understood why the things we had tried previously gave such random results.

Now Goodyear tires are able to provide the smooth ride we all appreciate. 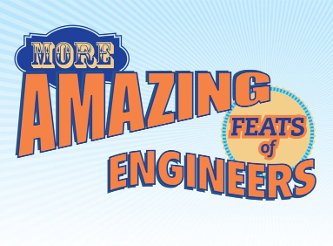 Do you have a story about overcoming a big professional challenge? We'd love to hear about it. Email the editor, Marcia Goodrich, at mlgoodri@mtu.edu.