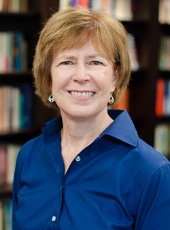 Dr. Shoos teaches film and French at the undergraduate level and visual media theory in the graduate program in Rhetoric, Theory, and Culture. Dr. Shoos' research is in the areas of women and gender in cinema, feminist and intersectional approaches to film and visual media, and domestic violence in the media. She has published in journals such as NWSA Journal, Postscript, Film Criticism, and College English. Her monograph Gaslighting: Domestic Violence in Hollywood Film was published by Palgrave Macmillan in 2017.  She is currently working on a co-edited collection on feminist vigilance.