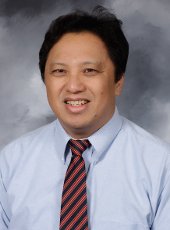 The free-radical retrograde-precipitation polymerization (FRRPP) process was discovered by the G. Caneba at Michigan Tech in the 1990s as a chain polymerization method, whereby phase separation is occurring while reactive sites are above the lower critical solution temperature (LCST). During the early stages of polymerization-induced phase separation, nanoscale polymer domains were found to be persistent in the reacting system, in apparent contradiction with results of microstructural coarsening from constant-temperature modeling and experimental studies. This mass confinement was used for micropatterning and for entrapment of reactive radical sites, for the formation of block copolymers that can be used as intermediates, surfactants coatings coupling agents foams membranes hydrogels, etc. FRRPP-based materials and its mechanism have also been proposed to be relevant in energy and environmentally responsible applications. This includes current efforts in the development of new types of polymer surfactants that can be used in mitigating adverse effects of oil spills and in oil recovery/carbon sequestration applications.

Since 1983, G. Caneba has been involved in pioneering efforts in mathematical modeling and computer simulation of nonlinear dynamic systems. Current activities include efforts in simulation and analysis of flat temperature profiles in FRRPP systems, as well as intermittency behavior in ultrasonic cavitation phenomenon in nanoparticle dispersions.