The Life of a Cadet

Seize the day. Become an Arctic Warrior. Join a tight-knit community of driven individuals who start each day with purpose and have fun together. 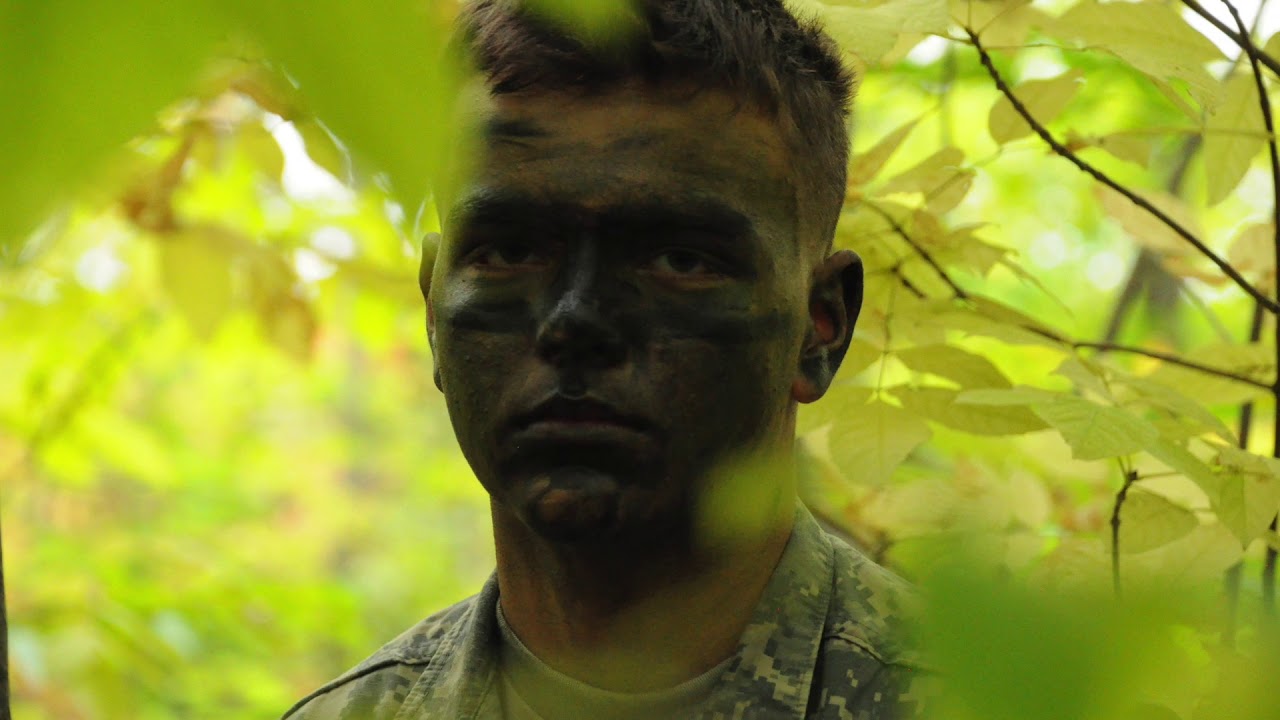 Special events bring Warriors together throughout each semester to show patriotism, compete, condition—and eat! During the summer, choose one activity that enhances personal and career development. 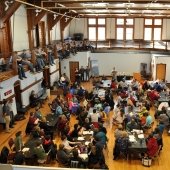 Night vision goggles, an escape room, and laser tag: Michigan Tech Army ROTC and the local Veterans of Foreign Wars team up to provide a mid-winter Saturday of ever-changing challenges for middle and high school students. Kids from all over the area—and even adjacent states—look forward to coming to Tech every year for swimming, obstacle courses, and physical fitness tests. It is a great time interacting with the kids and giving them a taste of what the military could have in store for them (and host students accrue required service hours). 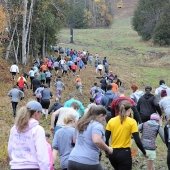 Fund-raise and stay fit: The Husky Alpine Mountain Run is a grueling 5k and 10k race on Michigan Tech’s Mont Ripley Ski Hill (elevation 1,000-feet+). Put on every fall by the Michigan Tech Department of Military Science, a local non-profit organization is selected to receive a portion of the proceeds. Past recipients include the Portage Health Foundation flood relief effort, as well as Copper Country Senior Meals. 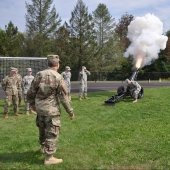 AROTC Cadets perform duties that most students don’t get the chance to: Drill and Ceremony at the beginning of Michigan Tech football games is an honor limited to a small number of cadets chosen to carry the American flag to center field and stand at attention as the National Anthem plays. A few cadets are also selected to fire the Howitzer Cannon as our Huskies run out on the field—and whenever Tech scores! Cadets also show their spirit for country and college by ushering at home hockey games. 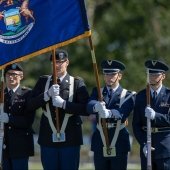 Bearing a rifle or flag on the color guard team is an honor and responsibility that teaches cadets leadership and communication skills in a unique and time-honored ceremony. As a member of the team, cadets display the symbols of freedom for events both large and small within and outside of ROTC, including Keweenaw Day Parade, Husky Alpine Mountain Run, and award ceremonies at official ROTC events. The color guard team appears at graduation ceremonies, the Winter Carnival hockey game, and other select campus events.

As the national anthem plays, cadets present the flags and rifles in front of crowds of all sizes and are rewarded with a strong sense of honor—and that honor is what makes color guard such a special privilege. 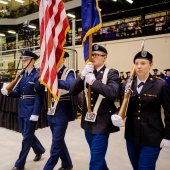 Participating in color guard builds the relationship between the Army and Air Force cadets on campus, as members from both branches work together. The leadership, communication, and relational skills involved with color guard brings a cohesion and sense of mutual respect into the room. 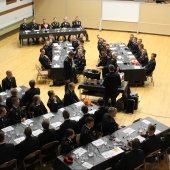 Dining In is a fall semester social event held at the ROTC building. Cadets share a meal together, and perform class skits—written by one class, and performed by another. Victors are determined by the military instructors. The bonding time helps build camaraderie between the cadets in the battalion and gives them a night of fun in the middle of the semester. 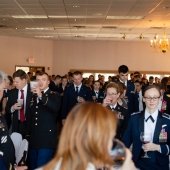 Military Balls—annual formal events—are held in all branches of the services. Michigan Tech’s Army and Air Force ROTC plan their own, to further the tradition, create memories, and foster the social skills leaders need to be successful. Cadets and Cadre from each program spend time socializing and building esprit de corps. The formal but non-intimidating event at the end of spring semester provides a break from studying for finals and caps the year off with food, laughter and farewells, as some cadets move on to commission into the Army and Air Force. Military Ball not only brings memories to cadets but also provides them with soft skills to make them future leaders of the military and beyond.

Learn to jump—and land safely. Work with helicopters. Go to Sapper School for field training and battle drills, learn a language, improve your marksmanship, and test your physical endurance. 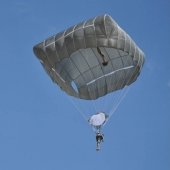 Earn a parachutist badge at Airborne School, a three-week program in Fort Benning, Georgia that culminates with five jumps from Air Force aircraft. 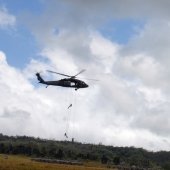 Receive your air assault badge after completing the 10-day Air Assault School course that trains soldiers to work with helicopters, including sling-load operations (attaching cargo to the bottom of a helicopter). Repel from a UH-60 Black Hawk helicopter, and conduct a 12-mile ruck. 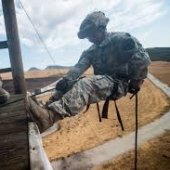 Sappers build and repair fortifications, and re-form countryside with demolitions and heavy equipment to weaken the enemy. The 28-Day Sapper Leader Course trains you in tactics including medical, land mines, air and water operations, mountaineering, and weaponry using training exercises including drills and patrols. 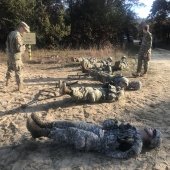 Training for the day-long Army skills competition at Fort McCoy, Wisconsin each fall happens during the summer months.

The team who wins the event—which includes weapon proficiency, medical evaluation and casualty extraction—moves on to Fort Leonard Wood for Brigade-wide Ranger Challenge, and that winner advances to West Point to compete in the annual Sandhurst Military Competition. Training is demanding. Tryouts for the Ranger Challenge team includes a timed five-mile run and a six-mile ruck. 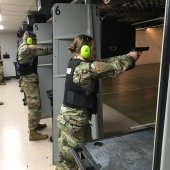 Our cadets train to take home the Gold in the GAFPB, which combines physical fitness, marksmanship, and basic military knowledge in eight different events. The medal (also awarded in bronze and silver), is an eagle inside an oval wreath, and can be worn with the military dress uniform. 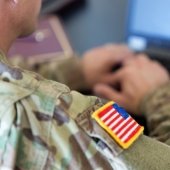 Project Global Officer (Project GO) is an essential language program that covers a year’s worth of material in six to eight weeks. Benefits include enhanced eligibility for future mission assignments and bonuses.

Work with the US Army Corps of Engineers, the office of the Army Surgeon General, Army Test and Evaluation Command, the Army Research Labs, the NSA, and even NASA. A wide variety of internships provide cadets with experience and connections.