There’s more to nitrogen than the letter N. The element and its biogeochemical cycle is the focus of research by Amy Marcarelli, an associate professor of biological sciences. Last year, Marcarelli won a National Science Foundation (NSF) Early Career Award grant to explore two halves of the nitrogen cycle. Her work could flip how we currently think about the nitrogen cycle.

In the nitrogen cycle, the balance of nitrogen fixation and denitrification is not a perfect yin-yang. Unbalanced systems can lead to more than just August pond scum; excess nitrogen is the main driver of the world's dead zones at major river deltas. Marcarelli's research, funded by an NSF CAREER grant, dives into the unexplored side of nitrogen fixation in streams.

Learn more about Marcarelli's research in a few ways:

Then, stay tuned this summer as Marcarelli and her research team make their way across North America to measure streams from Puerto Rico to Michigan to Idaho to Alaska. They'll be taking a van that is currently in the shop with a team of mechanical engineering seniors, who transforming it for their senior design project into a transportable ecology lab and classroom. Watch for updates on @mturesearch and #FieldworkFriday. 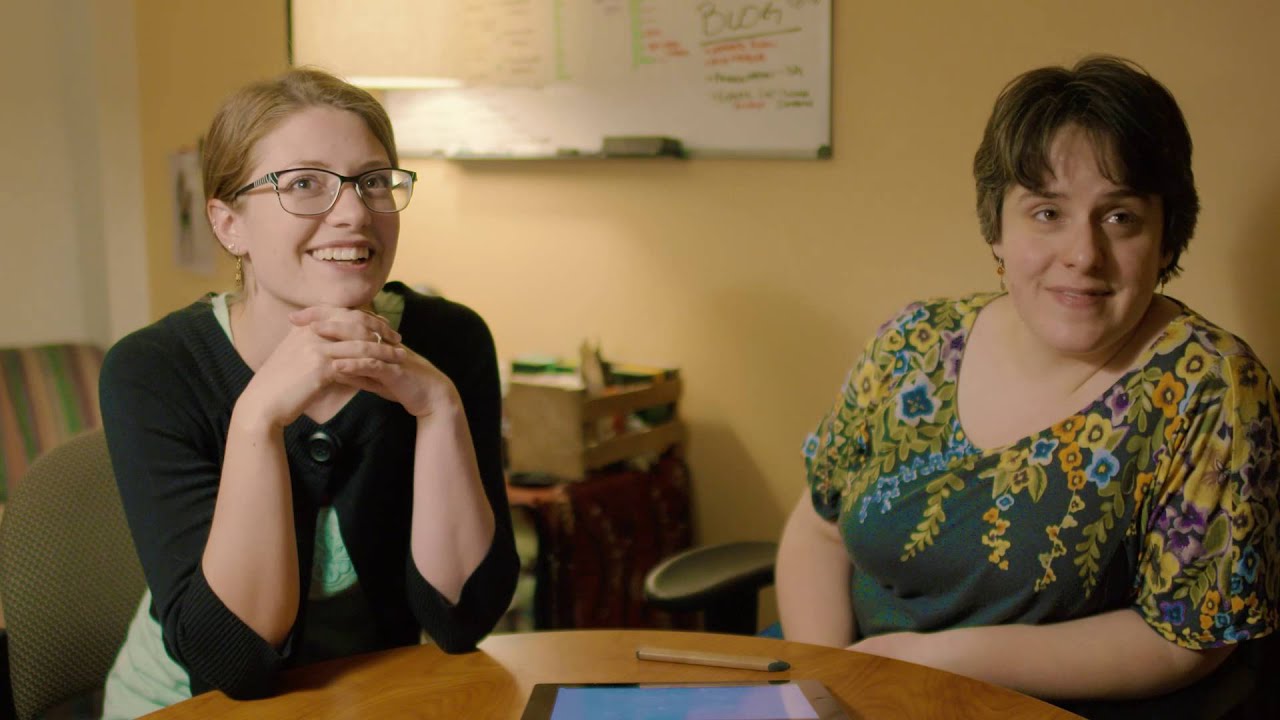 The infographic below explains how nitrogen fixation and denitrification are like a yin-yang. Most of the time, we think the processes balance each other out. However, Marcarelli's research focuses on the fact that nitrogen fixation is rarely measured in streams; that means we're missing an entire half of that yin-yang. Plus, from other studies on lake environments, we know that nitrogen limitation—a cap on how much nitrogen is available for organisms—is influenced by the availability of other nutrients, notably phosphorus.

The balance of nitrogen fixation and denitrification is not a perfect yin-yang. Unbalanced systems can lead to more than just August pond scum; excess nitrogen is the main driver of the world's dead zones at major river deltas.Amy Marcarelli's research, funded by an NSF CAREER grant, dives into the unexplored side of nitrogen fixation in stream

Over the next summer, @AmyMarcarelli will be leading a team across North America, gathering samples in streams from Puerto Rico to Alaska to get a better sense of nitrogen fixation. Stay tuned on @mturesearch and mtu.edu/unscripted to learn about the team's work. Here's a local stream where they'll sample.

This is a recap of a live chat with @AmyMarcarelli and @mturesearch from March 17, 2016.

@AmyMarcarelli's work focuses on two processes in the nitrogen cycle: nitrogen fixation and denitrification. In undisturbed natural ecosystems, the processes balance each other out, with each part of the cycle driven by certain microbial communities. In a nutshell: nitrogen gas gets converted (via nitrogen fixation) into a new form of nitrogen (ammonium), which is transformed into another kind (nitrate), and is finally changed again and released back into the atmosphere (via denitrification.)

Here is a quick explainer: 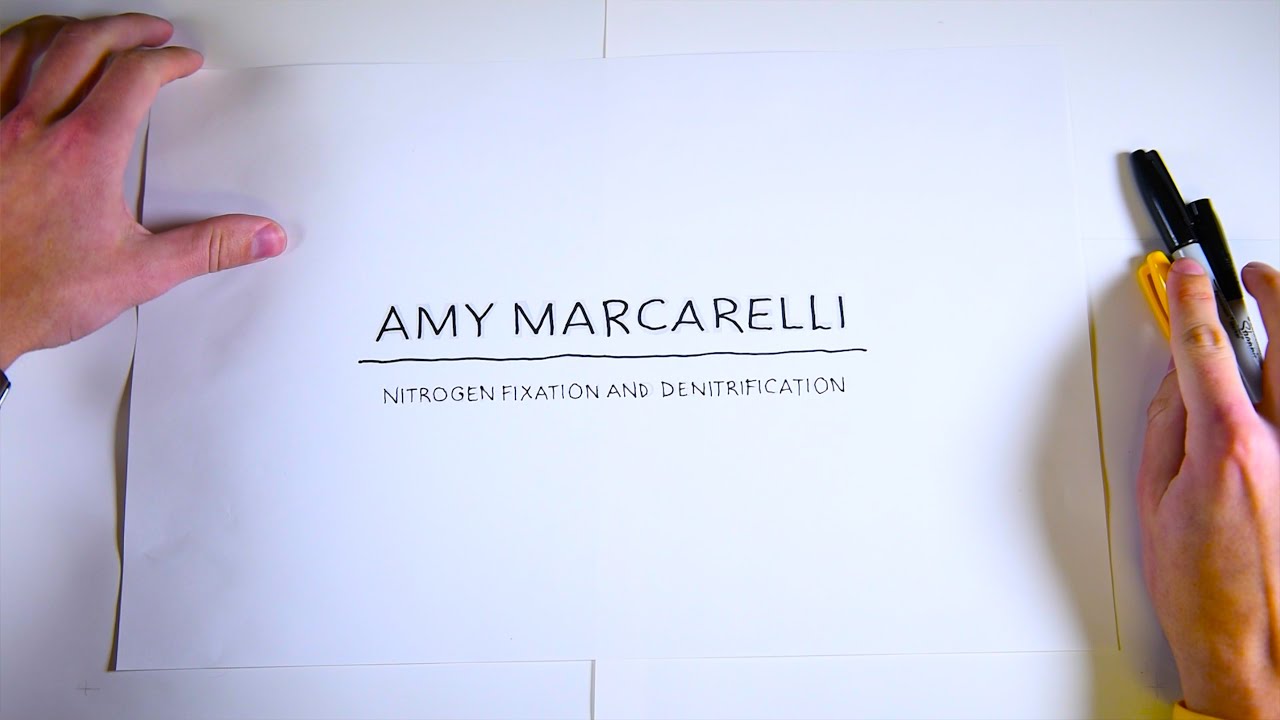 Within this big global biogeochemical cycle, @AmyMarcarelli is interested in how nitrogen fixation and denitrification are balanced.

@mturesearch at the global scale, we think they should be closely balanced, or that denitrification should be slightly higher #mtulive

@mturesearch The problem is that humans have doubled the amount of N cycling globally, which may disrupt the balance pic.twitter.com/02DcfDAXXH

@mturesearch In lakes, estuaries and rivers, we know that denitrification can increase substantially as N loads increase

@mturesearch What happens to N fixation is less clear - that’s what we’re interested in, along with @fulweilerlab @ScottBiogeochem & others

@mturesearch These are colonies of Nostoc, which are common in our Idaho study streams

@mturesearch I'm most interested in cyanobacteria, who are big nitrogen fixers in many streams pic.twitter.com/b3rvR171qO

@mturesearch (1/2) We don’t have enough data from streams and rivers to understand the balance between #Nfixation and denitrification.

Nitrogen is a major nutrient that organisms need to survive. However, it's not the only nutrient.

@MichiganTechBio Organisms use many nutrients, and if the load of others, like #phosphorus, are also high, then organisms may stay N limited

Hard to imagine with this picture, but in the summer, the van below will be an ecology powerhouse. Right now a group of @mtuMEEM students are giving the vehicle a make-over to turn it into a transportable lab and classroom.

@mturesearch We'll be on the road in our new Mobile Lab, being built in this van by a @mtuMEEM Senior Design team! pic.twitter.com/4uPmW7lHZm

And all that travel is guaranteed to be better than this:

In the world of water ecology, it’s a long-held belief that what goes up, must come down. As human activity causes nitrogen loads to go up along the banks of rivers and streams, nitrogen levels go down through another process. Amy Marcarelli, a Michigan Technological University associate professor in biological sciences, has received a CAREER Award from the National Science Foundation (NSF) to study this nitrogen conversion balance.

“Most grants are three years long—the CAREER Award one is five years long,” she says. “This gives researchers the opportunity to dig into a project, helping us become leaders in our fields.”

Read More on our news site and Research magazine stories on Marcarelli's interdisciplinary work and award.