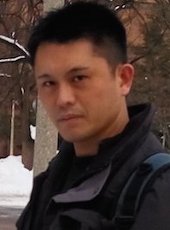 Issei Nakamura joined the Physics Department as an assistant professor. He earned his PhD in Physics at McMaster University in Ontario, Canada, an MS in Physics from Osaka University in Japan and a BS in Physics from Tokyo University of Science. Before coming to Michigan Tech, Nakamura was a postdoctoral scholar at the California Institute of Technology. He soon became a professor in the Changchun Institute of Applied Chemistry of the Chinese Academy of Sciences. He has also worked as a system engineer in the Nomura Research Institute in Tokyo, Japan. His research focuses on theoretical particle physics, electromagnetics, thermodynamics, statistical mechanics, quantum mechanics, condensed matter physics, numerical programming, mathematical physics and special and general relativity.