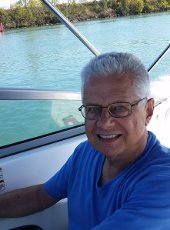 I am interested in understanding the physical foundations of biological mentality and applying that understanding to Artificial Intelligence and engineering applications such as advanced sensors. My overall view is as follows:

The area of computer applications, including Artificial Intelligence, is vast and unlimited in potential. And quantum computing, once it is made practical, will provide the speed-up breakthrough needed for applications such as code breaking and the rapid interrogation of massive knowledge bases. But, even though classical computer applications are unlimited in potential and even though quantum computing will provide speed-up breakthroughs, there is still the possibility of something beyond Turing computing.

Until very recently it was commonly assumed that living organisms could not exploit quantum superposition and entanglement effects. This seemed obvious because shielding a quantum laboratory experiment from the effects of environmental decoherence required extensive planning and equipment. However, it is now established that living organisms do use quantum mechanical processes for photosynthesis, magnetic sensing, and other needs and that they do so using a different approach than the physics lab experiments. Nature basically exploits environmental decoherence at the molecular level rather than merely shielding against it. Since it is now established that organisms utilize quantum effects, it is reasonable to speculate that such effects may play a role in both unconscious and conscious biological mentality. And possibly this involves a kind of computing that transcends the known Turing theoretical limits of any classical or quantum computer.

Understanding biological mentality may require new developments in the evolution of physics itself as suggested by this NSF program solicitation notice:

The program "Physics of Living Systems" (PoLS) targets synergy of theoretical and experimental research exploring the most fundamental physical processes that living systems utilize to perform their functions in dynamic and diverse environments.

PoLS encourages research that emphasizes the physical principles of organization and function of living systems, including the exploration of artificial life forms and how life began. Particular emphasis will be placed on those projects in which lessons learned from the biological application also expand the intellectual range of physics. Awards cover a broad spectrum of physics approaches in biology, ranging from the physical principles and mechanisms at the single cell level such as molecular architecture and dynamics inside cells, energy metabolism, gene regulation and intracellular and intercellular communication, to collective behavior and evolution of complexity in lifeforms and living populations of organisms.

My premise is that living organisms challenge the current foundations of physics. Understanding the biological mentality of even single-cell organisms will require multi-disciplinary concepts beyond classical computing, chemistry and physics and perhaps a new physical foundation “...incorporating the ‘special feature’ which differentiates living from non-living matter.” 1