Through the years and across generations, Huskies help their neighbors navigate the digital universe. In the season of giving, drop in on two volunteer programs that benefit both givers and receivers.

On any given Saturday during the academic year, you’ll find Michigan Technological University students serving as coaches and teachers in the community and on campus in a couple of programs that have been around since 2011. Building Adult Skills in Computing, or BASIC, helps older people with computer-related questions. Copper Country Coders introduces younger people to computer science and programming.

BASIC: Where No One is Left to Their Own Devices

BASIC walk-ins are welcome from 10-11 a.m. Saturdays at Portage Lake District Library in Houghton. Sessions used to be earlier in the day before the library opened to the public, said Kelly Steelman, a Michigan Tech associate professor of human factors and psychology who, along with Charles Wallace, an associate professor of computer science, serves as a BASIC tutor and researcher. But as it turns out, technological newcomers as well as Huskies like to sleep in. The time adjustment is one of several tweaks that have taken place as the program — and the devices we use in our daily lives — evolve. For example, nobody’s gathered ’round the library’s desktop computer stations. On this particular Saturday, as rays of treasured winter sunlight glint on the ice-glazed Keweenaw Waterway and stained-glass art, participants are cozily tucked into the shoreside Michigan Room with laptops, phones and tablets at the ready.

“Easy for you to remember, but hard for them to guess.” That’s how Parker Young sums up the perfect password for Naomi and Eliot Haycock, who brought in a tablet and laptop. He explains to the lively couple that encrypted password management programs make it easier to keep track of all the passwords safely. “As long as you remember the one password, you have all the others,” he said. They also discuss PayPal — Naomi’s intrigued, Eliot’s skeptical. Both are interested in what kind of writing programs are already available on their newly acquired laptop. Young shows them options, from Google Docs to the preinstalled writing software.

“Good. We can do a Christmas letter,” Naomi said.

They move on to installing updates and discuss the necessity to perform them regularly (“There goes another one!” Parker exclaimed). Next, the trio walks through how to connect to Wi-Fi at home for the first time with the new device.

“They do a great job. We’ve come here quite a few times,” Naomi said. “People tell us, ‘if you had to pay for this, you’d be paying a lot.’”

“Give this guy a good grade. He’s good,” Eliot tells Charles Wallace, who is on the other side of the wide wooden library table helping a gentleman who’s never used a computer. First-timers are rare these days. Whenever a new user powers up, it’s exciting; both tutor and learner are smiling as he Googles for the first time, locating his church on the map and visiting its website.

Wallace encourages the beginner to keep exploring, then explains to the Haycocks that students aren’t graded for being part of BASIC. They’re here only because they want to be.

You don’t have to bring a computer. The library has Chromebooks available.

Want to help support these and other computer literacy programs? Find out more.

“We’re giving the gift of bringing people to the digital table,” said BASIC volunteer Abby Kuehne, a double major in psychology and communication, culture and media with research experience in human-computer interaction.

Today she’s working with a soft-spoken man looking for pointers on getting started with a tablet. “Because this is a mobile setting, the tablet is going to be set up differently,” she explained.

The work Kuehne does here aligns with her career goals; which include enhancing technology accessibility and effective communication across cultures. More than that, it’s establishing a lifelong pattern of service.

“It becomes a good habit,” said Kuehne. “I believe in karma, in giving back.”

For scientific and technical communication major Paige Short, showing up on Saturday mornings has also become second nature. Short, whose endeavors include work to communicate science on a global level, sees the relationship between students and the people who come for help as mutually beneficial. “It builds community,” she said. “It connects us to the local community, and helps them be a part of the digital community.” Never more so than on this Saturday, when Short is assisting with budget workflow strategy for a local community garden.

The session wraps up shortly after 11; the group meets for a quick debrief. There’s just enough time for Young to do some work on his truck before he heads over to the Michigan Tech College of Computing, where Copper Country Coders meets every Saturday afternoon of the academic year. Wallace will be there, too — this program also benefits from his co-leadership, in this case with Leo Ureel, computer science senior lecturer and coordinator of the Michigan Tech College of Computing Learning Center.

Programmed Snowflakes and the Python Boiz

Compared to the quiet of the library, the atmosphere is a tad more rambunctious in the first-floor labs of Kanwal Rekhi Hall, where the youngest of the Copper Country Coders teams is raring to go. In sessions that run from 1-3 p.m., Michigan Tech students work with young people from area schools who share a goal not dissimilar from those of their older counterparts: they’re learning how to make computers do what they’re told. They’re learning to speak the language of programming.

“Can we play games before the other people come?” asks one youngster, bouncing up and down on a computer desk chair.

Instructor Keith Atkinson smiles, patiently explaining that they’ll all be creating a holiday snowfall game once everyone has gathered. He doesn’t mind the rowdier element or the challenge of keeping active young people engaged. “I’m pretty high energy myself and I like thinking on my feet,” said the computer science major, who started with the Coders in 2015. He also clearly enjoys serving his community — for his directed study class this semester, Atkinson created an inventory system for Michigan Tech’s Husky Food Access Network pantry.

Atkinson is co-leading one of the middle-school teams with fellow computer science major Galen Resh Chimner, who was enrolled in the program as a youngster. “It was fun to come and learn and get challenged,” he said.

Today’s project is a holiday snowfall game. Students learn to program a snowflake — to draw it and make it move. Every click of the computer mouse adds a new snowflake. 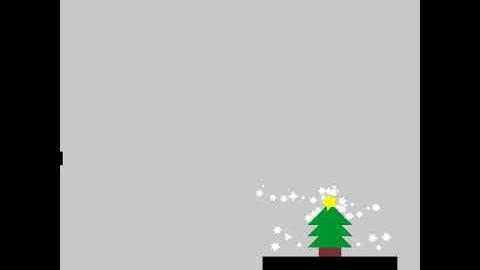 Programming is the Universal Language

Across the hall, Parker Young is at it again — this time teaming up with computer science major Trevor Good to introduce ninth-grade and middle-school students to the popular, easy-to-use programming language that inspired their tongue-in-cheek team name: the Python Boiz. Young has been doing both BASIC and Coders for three years; it’s Good’s second year and second time co-leading with Young.

“Last year, we did Minecraft,” said Good. “We picked Python because it’s the number-one programming language in the world; it’s used for AI, machine learning, automation ... logically it makes a lot of sense. I wanted to learn it myself.”

Young was also new to Python. “Teaching others helps me learn,” said Young, who is also a coach in the College of Computing Learning Center.

The College of Computing is piloting a course to teach Python to non-computing majors across campus. For today, though, the focus is on the half-dozen younger students situated at monitors in the lab.

“I love coming here every Saturday and I love teaching,” said Young.

The vibe is sedate in comparison over at the Electrical Energy Resources Center (EERC), a short walk from Rekhi Hall, where high school-aged students are working with two graduate students, Marissa Walther and Shaun Flynn. Walther has been with Copper Country Coders for five years, Flynn four.

Walther, who earned a bachelor’s in computer science in 2019, is studying for her master’s.

Flynn, who earned a BS in computer engineering, is working toward his master’s. In 2018, their lesson plans focused on teaching young coders Java development and how to create games using JavaFX morphed into the book The World of Java Programming.

The two instructor-mentors said that the goal this year is to introduce students to hardware and the work that goes into building it.

“They can choose what it can do. They can do a lot of hardware prototyping,” said Flynn.

“I like teaching students. It’s fun to watch them develop,” he said, as the pair watches students work intently at their lab monitors. “They chose to spend two hours with us, programming. I came to Michigan Tech not knowing any of this.”

Time and again Huskies involved in the programs mention the joy of both teaching and learning.

It’s Not You, It’s the Technology

Place the responsibility where it belongs. On the technology. Both Copper County Coders and  BASIC give participants the confidence to deploy digital tools to do desired and necessary tasks. That benefits both the students teaching and the students who are learning from them.

Copper Country Coders organizes young people from local schools into teams of six to eight, depending on enrollment fluctuations and the level of difficulty of each team. Two Huskies co-lead each group — each group compiles its own lesson plans, learning objectives and means to measure outcomes. Sessions are adjusted as the academic year moves along to keep pace with student progress. If more time is needed, the group stays with a project longer. If something doesn’t go over well, it’s documented for future Coders planning their own programs.

At the Saturday BASIC sessions, coaches often work with people who are familiar with some tasks, but are continually challenged by the pace of technology — if you’re retired, for example, you aren’t required to adapt to the latest program or process being used in your workplace. Things like running out of space on a smart phone or other roadblocks with apps and social media present have the potential to present discouraging or demoralizing roadblocks. BASIC eliminates the blame game.

“Our approach is meeting people where they are,” Steelman said.

"Tutoring is more about empathy and compassion. We're paying attention and mirroring the words. What are the things that freak people out about computers? How can we alleviate those concerns?"Kelly Steelman, BASIC tutor and researcher

“It’s not that they’re not a good computer user,” Steelman noted. “We put those worries on the computer.”

BASIC offers one tutor training session every semester, the interdisciplinary program is open to students from all majors. Beyond résumé building, “it feels good, making differences in lives,” said Steelman. The regionally and nationally recognized service-learning opportunity aspires to expand; beyond Michigan Tech outreach Wallace has shared the concept with other libraries and organizations who could bring BASIC to their communities.

Eliot and Naomi Haycock are on their own until the student coaches return January 18. Given the skills they’ve acquired, and the knowledge that help will be available again in the new year, they don’t appear to be particularly worried.

“We miss them when they’re not here,” Naomi said.

“But they deserve a vacation,” Eliot said. 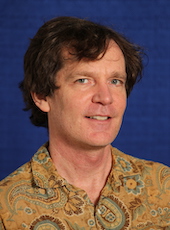 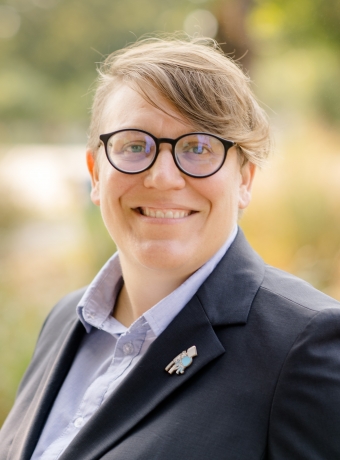 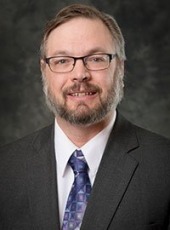