Pad 39A at NASA's Kennedy Space Center, the historic site of the Apollo missions that sent the first astronauts to the moon nearly 50 years ago, is now also a part of Michigan Tech history. In a dramatic example of space research in action, the student-built nanosatellite Oculus-ASR — aptly named for its role as an orbiting eye — rode the SpaceX Falcon Heavy rocket into a nine-month mission to assist the U.S. Department of Defense (DoD) in more efficient and accurate monitoring of the myriad of objects circling the globe.

Many of the 800 students who have been Michigan Tech Aerospace Enterprise team members, and other Michigan Tech alumni and friends, watched the livestream of what SpaceX founder Elon Musk described as "our most difficult launch ever." The mission, Falcon Heavy's first night launch, involved four upper-stage engine burns and three separate deployments. Huskies able to witness the event firsthand joined the jubilant applause and cheers — and the indrawn breath when the Falcon Heavy's center core failed to land on the drone ship "Of Course I Still Love You," the single glitch in an otherwise successful multi-stage mission.

Oculus-ASR, the first of the SpaceX payload, was deployed at an altitude of approximately 315 kilometers. Deployment call-out confirmation came at approximately 2:54 a.m. Telemetry cut out beyond the Bermuda ground station, so the actual deployment, minutes earlier, was not visible on camera. When signal was recovered over the Ascension Island station, the image clearly showed the absence of the award-winning, student-built nanosatellite.

"Over the past 10 years, hundreds of students in the Aerospace Enterprise at Michigan Tech have worked on the Oculus-ASR and are now Michigan Tech alumni from a wide variety of majors. I am extremely proud of the team, as well as the team's advisor, Professor Brad King. He taught them, among many other things, the great value of perseverance."Janet Callahan, Dean of the College of Engineering

It's been roughly 18 years since the Aerospace Enterprise began, 15 years since Michigan Tech began participating in the University Nanosatellite Program, and nine years since Huskies won the competition.

Brad King, Ron and Elaine Starr Professor in Space Systems and Aerospace Enterprise Faculty Advisor, said he can't take credit for the idea to start an Enterprise focused on spacecraft design, testing and integration. Students John Verville and Casie Applin asked for it.

"These were two students who liked space and said, 'Hey, there's this new faculty member who's into space. Let's get him to start an Enterprise.' That was the nucleus of it," said King. "Its roots are in students who love space and wanted something more on campus."

"It is humbling to think that I had a role in creating an enduring program at Michigan Tech that designed a satellite which is a payload on the Falcon Heavy launch," she said. "Jon and I shared the perspective that Michigan Tech had limited opportunities for undergraduate students to gain relevant experience for the aerospace industry. With Dr. King's guidance and a handful of interested students we quickly narrowed our scope to charter the program as a satellite design team."

"There's no doubt that working with Casie, Eric Blum (best man at each other’s weddings), the other incredible students, Dr. King, Mary Raber and the rest of our Enterprise community at Tech gave me the confidence and path toward getting my job at NASA," said Verville. "I brought Aerospace Enterprise up during my interview and it got NASA’s attention."

"I definitely did want to be an astronaut and still do,” she said. “I was a finalist for the current astronaut candidate class and hope for a better outcome next application cycle."

Wolak adds that this is an exciting time for space exploration as commercial space access evolves and NASA remains committed to the Moon to Mars program: “Michigan Tech is a part of it, and can boast a consistent path for students into careers in satellite design and the aerospace industry. That is a testament to what Dr. King and the students have built since the Aerospace Enterprise began." 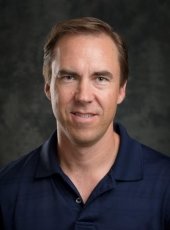 "I never had a doubt that MTU would eventually launch a satellite. We knew we had a lot to learn our first couple years as a new satellite design team, but we also saw the enthusiasm from students across departments on campus. It was clear we were laying the foundation for a strong program."Casie (Applin) Wolak '04 mechanical engineering-engineering mechanics, U.S. Air Force

Like many of the program’s graduates, Wolak says the Aerospace Enterprise influenced her time on campus by giving her a project to focus her energy toward.

"It gave me plenty of experience I continue to leverage: starting teams, leading people, garnering support for projects and creating opportunities. Those skills and others have proven to be as valuable as the technical experience,” she said. “I’ve continued to work in aerospace as an engineer, program manager and flight test engineer in hypersonics, software development, flight test and other areas."

As Huskies from across the nation and the aerospace industry continue to celebrate, they're expressing gratitude for the new heights reached by the Oculus-ASR project, successfully launched and deployed from the SpaceX Falcon Heavy.

"The real mission was training a new generation of satellite and rocket engineers and no matter what happens from here on out it was a success. I owe my career and my best friends to this mission and will always be honored to have contributed to it."Aaron Wendzel '11 electrical engineering, SpaceX Rocket Development Facility