The objective of intrusion detection is to show proof of principal and feasibility of a single insertion point system to monitor intrusions in a secured building.

In the intrusion detection program, funded by the United States government, MTRI's engineers used indigenous power lines embedded in a building, connected into the building's fuse box, and exploited an induced electric field by using an impedance bridge to sense changes in impedance due to the presence of a person. They used multi-port measurements and frequency diversity to provide some spatial specificity to the intrusion detection. 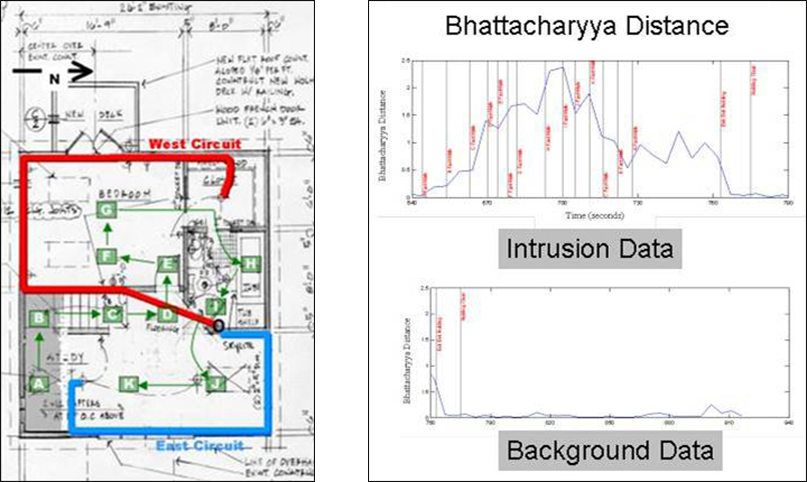 Researchers collected data from two circuits at a residential dwelling. A researcher outside communicated with the intruder, instructing him to move through the course, while another researcher noted times and events
Normal walk-through labeled locations on the east circuit.