A Diversity of Efforts

Diversity of thought and experiences significantly contribute to the learning experience of all students and for that reason it is important that we track metrics that include, for instance, international students.

And striving for more diversity in our student, staff, and faculty numbers also means we are committed to the inclusion of populations in our educational institution who have been traditionally underrepresented or otherwise disadvantaged, whether through economic or structural barriers. As of this printing, Tech was at an all-time high for the number of domestic minority students paying enrollment deposits for Fall 2016 semester.

Looking at our efforts through a social justice lens means we also pay attention to domestic underrepresented minorities, social economic indicators, and other populations.

A diverse student body is a consummate demand from the employer market. Employers of Michigan Tech students, and students nationwide, want to recruit from  a talent pool well versed and experienced with diverse populations.

Specific programs by the Office of Institutional Equity and the Center for Diversity and Inclusion (CDI) include:

University Innovation (UI) Fellows nationwide are changing the way students think. UI Fellows at Michigan Tech and across the nation are teaching a fresh mindset known as design thinking, a methodology that helps users identify human-centered problems and imagine and implement innovative solutions through experimentation.

The UI Fellows also sponsored an extremely popular Makerspace Workshop that generated enthusiasm for creation of a permanent makerspace. Based on input received from the more than 100 workshop participants, the UI Fellows have been working with the Makerspace Committee to develop some renderings of the space and estimates for the renovations.

The Michigan Tech UI Fellows operate under Pavlis Honors College and the new Innovation Center for Entrepreneurship, with support from their faculty sponsor, Mary Raber, assistant dean of academic programs.

Funded by the National Science Foundation (NSF), the UI Fellows program is administered by the National Center for Engineering Pathways to Innovation Program, also known as the Epicenter. It is run by Stanford University and nonprofit VentureWell.

It is the highest honor bestowed by the US government on science and engineering professionals in the early stages of their independent research careers. “These early-career scientists are leading the way in our efforts to confront and understand challenges from climate change to our health and wellness,” President Obama said.

We congratulate these accomplished individuals and encourage them to continue to serve as an example of the incredible promise and ingenuity of the American people,” he said. Nominations come from federal agencies who support the young scientists’ and engineers’ research. Mouw was nominated by the National Aeronautics and Space Administration (NASA).

“I join in congratulating Dr. Colleen Mouw on her receipt of the Presidential Early Career Award for Scientists and Engineers, which is a true testament to her commitment to marine science and pursuit of innovative research,” he said. “Her efforts to keep the Great Lakes safe are profoundly benefiting the millions of Michiganders that rely on the Lakes for clean drinking water and as drivers of economic growth through tourism, recreation, shipping, and so much more.”

Mouw expressed gratitude for the honor.

“I’m very humbled to be recognized in this way,” Mouw said. "I’ve been fortunate to have worked with many fantastic colleagues over the years who undoubtedly deserve this recognition just as much as myself."

The awards were established by President Bill Clinton in 1996. Awardees are selected for their pursuit of innovative research at the frontiers of science and technology and their commitment to community service as demonstrated through scientific leadership, public education, or community outreach. Mouw received her award during a Washington, DC, ceremony at the White House in May.

Robin Johnson-Cash ’15 is the first African American to earn a PhD from the Department of Mechanical Engineering-Engineering Mechanics. Johnson-Cash graduated in December 2015 and has worked at Ford Motor Company since 1988. She is currently the technical training manager.

Medlife is an organization that partners with low-income communities in Latin America to improve their access to medicine, education, and community development initiatives.

In Riobamba, Ecuador, the group spent the first two days learning about how people in the rural areas work and live. The next four days they set up mobile clinics in schools, empty buildings, or courtyards, and went to a town sitting at 12,000 feet to work on a staircase-building project.

At the clinics the students rotated through specific stations including vital signs, education, general medicine, dentistry, and gynecology.

They recorded patients’ height, weight, temperature and blood pressure, and taught them preventative medicine for tooth decay, diabetes, cancer, and heart disease. The students shadowed doctors to learn how they do medical treatment in developing countries and also assisted in the treatment of patients.

On project day they worked with locals to collect rocks, then carried them up and down a mountain to create a staircase mold to later be filled with cement. With the town sitting on a massive hill, the staircase was put in to help prevent the locals, especially the elderly, kids, and pregnant women, from injuries when attempting to trek it.

While some students travel for adventure, others do it for the greater good. Once again, in collaboration with the Detroit Public Schools, the Michigan Tech Chapter of the National Society of Black Engineers (NSBE) traveled to the Motor City over Spring Break 2016 to offer free Family Engineering Nights at K-8 schools and engineering presentations at high schools during the day.

Mechanical engineering graduate student Yomi Famuyiwa of Tech’s NSBE chapter says Family Engineering Nights give students and their parents the chance to experience common engineering problems and encourage them to develop creative solutions as a team.

“The engineering presentations at the high schools are tailored to inform the students about the potential career paths in science, technology, engineering, and math (STEM) fields,” Famuyiwa explains. “We encouraged the students to attend college and ideally pursue STEM majors.”

Famuyiwa says he enjoys the alternative spring break experience “because of the impact we can have on the students. It’s one thing for the students to be encouraged by their teachers to consider engineering or going to college. It’s another for minority college students who are actually studying engineering to take the time to come down to speak with the students about it. The students see real-life proof that anything they set their minds to is possible.”

The latest rankings and recognition for Michigan Tech. 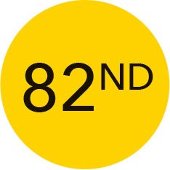 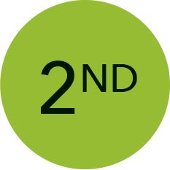 While the University of Michigan retained the top spot in the second annual SmartAsset study, Michigan Tech was 2nd out of 29 public and private colleges ranked statewide. Both cost about $26,000 to attend in-state (annual tuition of $13,142 and $13,728 respectively, in 2014, plus roughly $13,000 each in annual living costs), while average starting salaries were $58,000 and $62,800, respectively. 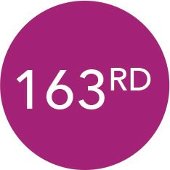 The National Science Foundation has released its annual research spending report, and Michigan Tech has moved up in its rankings. Of 634 institutions that received research funding in 2014, Tech received $68.5 million, ranking 163rd overall nationwide. The University ranked 117th among public institutions. 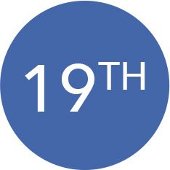 Back Where it Belongs 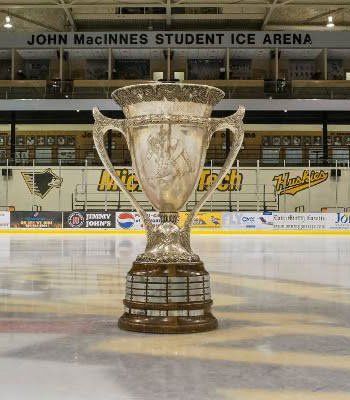 The MacNaughton Cup is back home in the Copper Country this weekend as our WCHA champs take on Alaska in a best of three playoff series. Come on out to the John MacInnes Student Ice Arena and cheer on our Michigan Tech Huskies. #HuskyPride

PhD student Venkata Rajesh Chundru shared this incredible shot with us. Here, early spring auroras are right outside our door.

Tom Mack
Wow! I forgot how beautiful the north country can be in March.

Mason Liagre
Whoa hope I get to see that in person

Sherry Salome-Liagre
Me too, it’s unreal 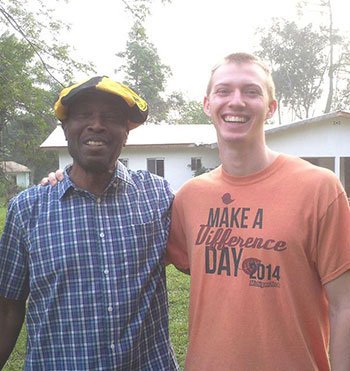 #MichiganTech alumni around the world! Luke Grossman ‘15 recently traveled to Liberia where he by chance met John Bleah ’77 over breakfast at a mission compound. The pair swapped stories about the Upper Peninsula and their alma mater before posing for a photo in Tech gear.

The Crack Heard 'Round the World—er—in da Yoop, at Least 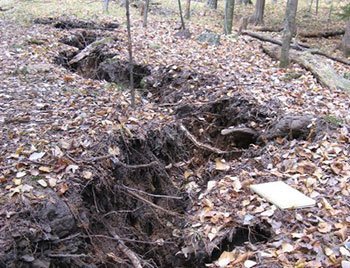 The Menominee Crack opened up in October 2010 and now researchers from Michigan Tech have determined it is a geologic pop-up structure.