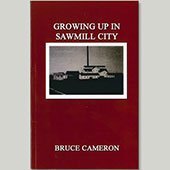 Bruce Cameron '58 (non-degree) is a retired teacher who recently wrote a book about his childhood home of Trout Creek titled Growing up in Sawmill City. A remarkable history of the Upper Peninsula from the 1930s to the present.

Merle Potter '58 '61 (Mechanical Engineering)has written Thermodynamics for Engineers, his 34th engineering related book, eight of which are textbooks along with engineering-help books and exam-review books. He is the self-proclaimed most prolific engineering book writer. He taught at Michigan Tech 1957-61, the U of M 1961-65 and MSU 1965-98.

Gene Pesola '74 (Biological Sciences) obtained a PhD in Epidemiology from Columbia University in May 2015. He currently is a pulmonary/critical care physician at Harlem Hospital, affiliated with Columbia University in the City of New York and has been involved with clinical research for many years. His PhD thesis focused on Dipstick Proteinuria and Dyspnea as Predictors of Mortality in rural Bangladesh. 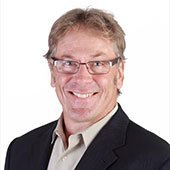 John Cabaniss '81 (Mechanical Engineering) was recently admitted to the State Bar of Arizona and has opened an office in Phoenix. He will also continue to maintain an office in Milwaukee, Wisconsin, and will focus on plaintiff's legal malpractice and personal injury cases in both locations.

David Ellis '88 (Electrical Engineering) was named President of Skidmore Pump in Grand Rapids, Michigan, in November 2015. Prior to this appointment David was the chief operating officer of Concept Industries for nine years and spent more than a decade at Johnson Controls/Prince Corporation in a variety of management roles with increasing leadership responsibility. He is an Eagle Scout and a vice president of district operations for the President Ford Council. He and his wife, Michelle, live in Holland, Michigan, and are the proud parents of four children, Michael, Monica, Emily, and Eileen. 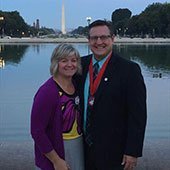 Peter Elzinga '92 (Civil Engineering) and Laura Elzinga are happy to announce the birth of their son, Tripp Robert, born July 14, 2015. 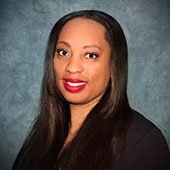 VeRonica Mitchell '93 (Chemical Engineering) Senior Engineer, Vehicle Definition and Balance, General Motors, received a Modern Day Technology Award at the 2016 BEYA Science, Technology, Engineering, and Math (STEM) Conference. VeRonica is recognized for the work she has accomplished at GM, and for the impact she has had on the automotive industry in creating new opportunities for women and minorities. She was also elected as deputy mayor of Auburn Hills, Michigan.

Douglas Coffman '94 (Chemical Engineering) After being co-owner of a digital marketing agency for 10 years, Doug became a digital marketing strategist with FindLaw, a part of Thomson Reuters in November 2014. He manages a portfolio of clients including the website, PPC, and off-site optimization. He stays current with the ever-changing Internet landscape and works closely with clients to understand their marketing objectives and strategies, analyze the performance of their entire web program, and recommend tactics that will help them realize their goals. He lives in the Keweenaw area.

Jeremy Florence '94 (Mechanical Engineering) has been promoted to chief program manager at Ford Motor Company, Dearborn, Michigan. He resides in Canton with his wife and five children. 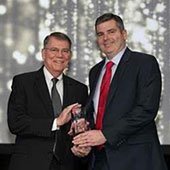 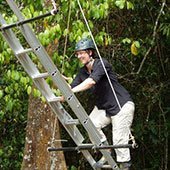 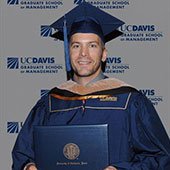 Matthew Dina '00 '02 (Civil Engineering) completed a Masters of Business Administration (MBA) degree from the University of California, Davis Graduate School of Management June 13, 2015. "I married the woman of my dreams September 19, 2015 in South Lake Tahoe, California, surrounded by our family and friends." 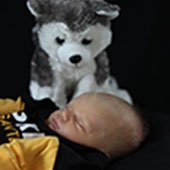 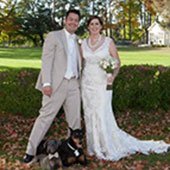 Frank Lloyd Mathias '05 and Jody Lynn Kositzky '01 (Chemical Engineering) were married October 10, 2015, in front of family and friends at Greenmead Historic Park. They reside in Livonia, Michigan, with their two Dobermans.

Shannon Pedit '05 (Civil Engineering) and Darrell Ford are excited to announce their latest addition to the family. Joel Conrad Ford was born October 20, 2015, and is excited to be a future Husky. 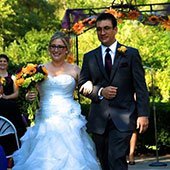 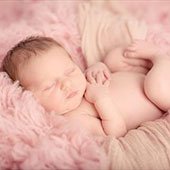 Pamela Brushaber '09 (Civil Engineering ) and Tyler Fincher '11 (Civil Engineering ) were married September 12, 2015 in their beloved Houghton, Michigan, at Grace United Methodist Church. The two met during an international senior design trip to Panama and were both involved in Engineers Without Borders. Their wedding party was full of Tech grads and their decorations were in the spirit of the Copper Country. The couple currently live and work in Minneapolis, Minnesota.

Victoria Peters '10 (Communications and Culture Studies) and John Butler '08 (Environmental Engineering) own Copper Pasty, a small business that brings the UP to Bremerton, Washington. Victoria learned how to make pasties from her grandmother in Calumet, Michigan, before moving out to Seattle almost four years ago. Since graduating, John has been working for the United States Public Health Service. 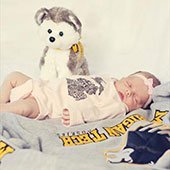 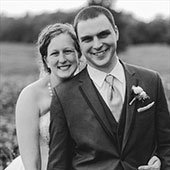 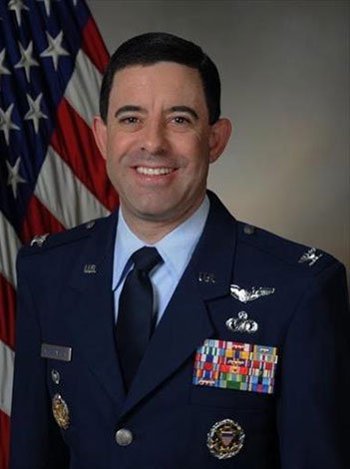 Colonel Peter Moutsatson '88 (Mechanical Engineering) recently retired from the US Air Force after 27 years of service. At his retirement ceremony in June 2015 he was awarded the Defense Superior Service Medal for his accomplishments during his final assignment with the Defense Security Cooperation Agency. He has accepted a position as vice president, business development with Textron Systems based in Washington, DC.