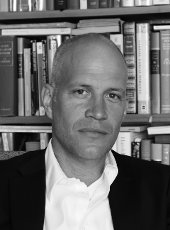 "I do not believe that what one gives to the sciences is taken from philosophy."
—Maurice Merleau-Ponty

Scott Marratto is Associate Professor of Philosophy at Michigan Technological University. He is President of the Canadian Society for Continental Philosophy and author of The Intercorporeal Self: Merleau-Ponty on Subjectivity (State University of New York Press, 2012). He is also co-author (with Lawrence E. Schmidt) of The End of Ethics in a Technological Society (McGill-Queen’s University Press, 2008). Challenging a prevalent modern idea of the self as, essentially, a discrete, interior consciousness, Marratto has argued that self-consciousness emerges on the basis of the living, expressive movement by which our bodies are situated in a world with others. Beginning from this insight into the nature of self-consciousness and cognition, he critically evaluates neoliberal thinking about selfhood, agency, and choice, and proposes new ways of thinking about the spatial and material conditions of political community and human development.