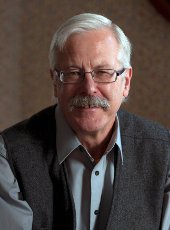 Dr. Robert R. Johnson has been at Michigan Tech since 1999, and served as Chair of the Department of Humanities for nine years. His research interests include technical communication theory and history, rhetoric history, usability research, and the variety of relationships humans have established historically (and continue to develop) with science and technology. His book, User-centered Technology: A Rhetorical Theory for Computers and Other Mundane Artifacts, was awarded the 1999 Best Book Award in Technical and Scientific Communication from the National Council of Teachers of English (NCTE). His most recent book, Romancing the Atom: Nuclear Infatuation from the Radium Girls to Fukushima, was awarded the 2014 NCTE Best Book Award in Technical and Scientific Communication.

Prior to working at Michigan Tech, Johnson was a professor at Miami University–Ohio, where he served as a graduate program director. He has also consulted with a number of corporations, including Microsoft, Lenscrafters, and General Foods. In his spare time, Johnson enjoys exploring the many back-woods areas of the Upper Peninsula.