There’s a method to my microhistology.

Grace Parikh is used to people raising their eyebrows when she explains what she does. “People are like, ‘You do what?’” she explains, laughing.

Parikh is finishing her doctoral studies in the School of Forest Resources and Environmental Science (SFRES) at Michigan Technological University (she defended her dissertation this week). In her research, she uses a methodology called microhistology to analyze population trends in whitetail deer.

The vibrant magenta and cyan of a polarized light microhistological image betray no clues about the actual nuts-and-bolts of microhistology. Simply put, it’s the study of pelletized fecal matter under microscope to determine what the producer of the poop ate for lunch.

Parikh learned her trade from John “Moose” Henderson, a recent SFRES graduate and talented wildlife photographer. Parikh and Henderson at the time were both graduate students advised by John Vucetich, SFRES professor and wildlife ecologist.

Though microhistology has been in use since the 1960s, Henderson put a new (and very affordable) spin on the technique by using polarizer film (similar to your sunglasses). By placing two polarizers, one directly over the light source at the base of the microscope and one in the nose piece, the user is able to better visualize features in the fecal matter; the intersection of light creates the vibrant colors that bright light microscopy lacks.

Parikh uses microhistology to distinguish different plant species by their stomata — tiny pores on a plant’s leaf or needle — to determine what an ungulate ate. Conifer trees retain their needles during the winter, so Parikh is able to identify different species by their stomata structure and arrangement in the context of the Upper Peninsula’s heavy lake effect snowfall, which impacts deer herds.

An occasional series in which we dissect how researchers do their science, one methodology at a time. Because everyone can understand science if it’s clearly explained.

To do microhistology efficiently, a researcher must memorize what numerous stomata look like under polarized light. Picture Parikh scanning through images on her phone, softly muttering to herself, “Lycopodium where are you?... No, that’s sedge…”

She finds the picture she’s looking for and it’s immediately apparent, even to the untrained eye, that lycopodium has very different stomata from hemlock, cedar or balsam.

You Are What You Eat

Working with Christopher Webster, an SFRES professor, Parikh has collected and analyzed deer pellets in the western Upper Peninsula for a long-term monitoring project about deer diet composition and how the deer barely survive or thrive on the nutrients from their diets.

Between sample collections from Isle Royale and the western Upper Peninsula, during the past six years Parikh has analyzed some 1,300 samples from deer and moose. But before she can put the samples under the microscope, she must process them.

The samples are dried in a low-temperature oven similar to a food dehydrator and are then pulverized. The samples are rinsed through sieves and bleached with nitric acid so the light from the microscope can pass through the fecal samples more readily. Finally, the samples are boiled and then 100 fragments are placed on the microscope slides, with each fragment about the size of a head of a pin. 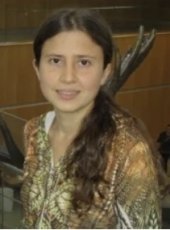 “As deer wipe out preferred deer browse, what else are they eating? With climate change likely to produce deeper snowpack in the UP, and when snowpack exceeds 40 centimeters (more than 15 inches), deer are confined to small areas, subsisting on low-quality food,” Parikh said. “We want to know what deer are foraging in the context of a changing climate.”

“Once in a while I find an unusual sample, and I haven’t the foggiest idea of what that is,” she said, sharing how she took samples of local plants above the snow to determine what the deer were subsisting on, before hitting on a plant known as clubmoss, ground pine or creeping cedar.

“Lycopodium is full of plant defensive compounds and is probably kind of gross for deer, but in some years, they’re so hungry because the snow locks everything up, so, well, that’s it.”

Making The Best of A Crappy Situation

Parikh shares the story of the deer of Anticosti Island in the province of Quebec, Canada. There, the introduced, non-native deer have no predators, and as the deer population has grown, preferred foods such as balsam fir have been decimated. Consequently, the deer are now subsisting on spruce and lichen, plants which produce toxins — plant defensive compounds — to discourage animals from eating too much of them. The Anticosti deer have developed bigger livers to better metabolize those toxins; they also have lower body mass than mainland deer and fewer offspring.

Changes in energy budgets affect population dynamics. Simply put, what deer eat affects their resiliency in the face of climate change, snowy winters and population stressors in the long-term.

And it appears that is the case for the moose of Isle Royale, whose fecal matter Parikh has analyzed for Sarah Hoy and John Vucetich, and which provides insight into how the moose are faring on the island. Dramatic dietary changes could signal the stresses that come with overpopulation spurred on by a lack of predators (though 13 new wolves have been introduced to the island in the past year).

“This past winter we found the Isle Royale moose were eating up to 12% spruce. Historically, spruce has made up only 1% of the diets.”