Altered miRNAs in rice, tomatoes and maize can grow bigger, more nutritional crops without damaging the plants themselves. It has the potential to alleviate a growing global food crisis.

Growing plants can be hard. Not only do farmers need to plant at the right time, make sure the soil has the right mix of nutrients and organic matter, but they also battle too much and too little rain, too hot and too cold temperatures, and pests.

While this might seem like a seasonal lament, it’s a growing global crisis. In 2016, 815 million people (11 percent of the world’s population) went hungry, according to the United Nations (U.N.), 38 million more people than the year before, largely due to violent conflicts and climate changes.

One possible solution: gene editing. Guiliang Tang, professor of biological sciences at Michigan Technological University, has used short tandem target mimic (STTM) technology to identify the microRNAs (miRNAs) in tomato, rice and maize that slow or halt growth. In a recent paper in Molecular Plant of the Cell Press (DOI: 10.1016/j.molp.2018.09.003), based on research supported by a grant from the National Science Foundation (NSF), he and his team found the roles some miRNAs play in root and seed development, plant hormone biosynthesis, signaling activation and secondary metabolism. They inactivated a few of those miRNAs, which lead to larger crops without harming overall plant growth and development. They even increased the flavor of tomatoes.

“This is definitely a promising tool to improve crop yield,” Tang said. His collaborator, Sachin Teotia, postdoctoral research scientist at Michigan Tech, added that the work is a careful balancing act.

“If under or over expression of a gene is detrimental to overall plant growth, manipulating the expression only in the desired organ, such as a fruit or seed, can solve the problem,” Teotia said.

While messenger RNAs (mRNAs) are macromolecules that carry code from DNA to make proteins, microRNAs (miRNAs) are smaller, non-coding versions of those macromolecules. They can bind to mRNA and stop them from making proteins, and as such, often play a role in controlling plant development, productivity and defenses.

After identifying which miRNAs stifle those processes, researchers were able to inactivate them by changing the make-up of the miRNA’s expressional stability. Another collaborator, Ting Peng, assistant professor at Henan Agricultural University in China, explains that “with those miRNAs shut down, the plants grew larger without the food being changed in such a way that it can’t be eaten.”

In a separate project, for which Tang is crowdfunding donations of support, he hopes to translate the knowledge gleaned from the NSF grant from tomatoes to blueberries. He targeted blueberries because of the power of the fruit, and the potential for it to become a low-cost plant that can be given to and grown by more people, especially those who live in poverty and may not have good access to fresh fruits.

“We aim to improve wild and cultivar blueberries by enlarging the fruit size and enriching the fruit nutrition to fight diabetes and cancers,” he said. A team works on the project: a plant biologist and two health researchers, all from Michigan Tech.

Translating the research for the miRNA future

Tang hopes to continue and expand this research by creating the Calvin Research Program in Photo-Synthetic Biology, which is named for Melvin Calvin, a Nobel Laureate in Chemistry for his discovery of the Calvin Cycle in photosynthesis, which is the process plants use to turn light, carbon dioxide and water into glucose. He’s also a Michigan Tech alumnus, having earned his B.S. in Chemistry in 1931 back when the university was called the Michigan College of Mining and Technology.

If funded, the project would establish the Calvin Research Fund to support research in agriculturally important countries like China and India. The first goal is to engineer photosynthetic yeast, which would produce bread by shining sunlight onto yeast cells in the presence of carbon dioxide and water. The fund will also recruit undergraduate, graduate, post-doc and visiting scholar students and support their studies of photosynthesis and synthetic biology, which they believe will play a key part in meeting the world’s hunger needs since, as pressing as the issue is right now, the U.N. estimates that demand will grow 60 percent by 2050.

Tang hopes that it will “inspire Tech undergraduate and graduate students to pursue new breakthroughs in plant sciences research.” 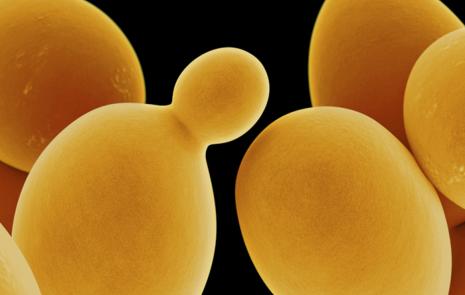 Melvin Calvin was a well-known Michigan Tech alumnus and a Nobel laureate in Chemistry for his discovery of Calvin Cycle in photosynthesis. This proposal is to follow his...