Gardens are musical—and full of curious bits of science and engineering. In this photo essay, explore the STEM that helps our campus gardens grow.

"Fall to me is the best time to garden. Take advantage of the cooler temperatures and the fall rain so you don't have to irrigate everything. Things are starting to fade; they've already done their thing. Lift them up, split them up, let the rain take care of the rest and hit the ground running in the spring."University gardener Quincy Higgins Arney

The profile of the University's winter landscape is defined by the trees that rise above deep snow.

"Understanding snow is a big decision on where there should be gardens and where there shouldn't be," says Higgins Arney. "That's a science in and of itself. With the northwesterly winds and the way plowing is done, snow accumulates on the east side of buildings' entrances, walkways and other structures. A good place for concrete." Paved areas function as a scrape-and-pile in the winter, a place for patio chairs and bike racks in summer and early fall. "Gardens are best on the west side, buried under a big hill of insulating snow." (Dig deeper into details on individual plants and landscape design in the photo captions.) 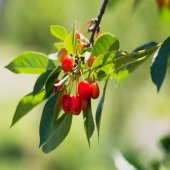 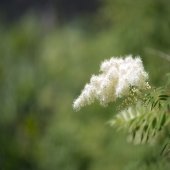 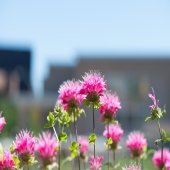 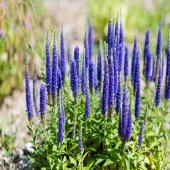 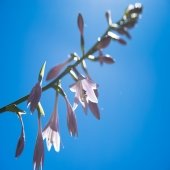 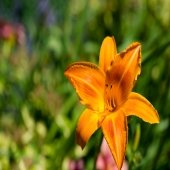 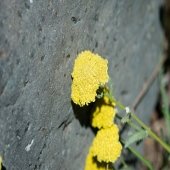 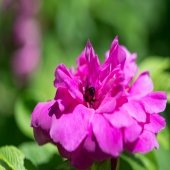 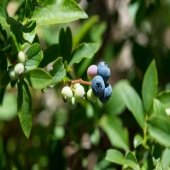 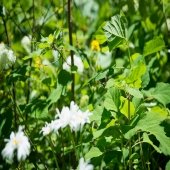 Huskies in the Zone

The Michigan Tech Campus is in United States Department of Agriculture (USDA) plant hardiness zone 5b. Previously, it was zone 4, a designation that's changed due to climate change and global warming. Each numbered zone represents a 10-degree difference in the average low temperature. A and b designations delineate five-degree increments. For instance, in zone 5b, average annual extreme minimum temperature is -11.5. In zone 11b, the warmest zone in the contiguous U.S. (Key West, Florida), the lowest average temp is 48.3.

Michigan Tech's gardens bloom earlier than many others in the region because the heat absorbed by the large buildings accelerates the growing season. "You'll definitely see the south sides of buildings spring to life really quick," says Higgins Arney. "We also deal with another weird phenomenon here," she says, pointing to a spot in the Rovano Plaza garden. "Sun hitting giant panes of glass creates laser-like beams. At a certain time of day, it's usually 40-50 degrees warmer. And so nothing will grow there. That might be a good place to put a rock."

While the gardens are designed to be hardy, the winter of 2013-14 was a tough one, says Higgins Arney, who started her work at Michigan Tech that spring. Ice damage compounded by low temps that never allowed the build-up to melt off the plants took a toll on woody perennials. She had to pull more than 200, including many roses. There are still plenty left to scent the summer breeze.

"Roses require a lot of maintenance. I definitely am picky about when I prune them. It can't be too hot, and they definitely can't be wet and you have to sanitize your equipment from bush to bush to prevent fungus. I don't apply anti-fungals. I try to use good cultural control."University gardener Quincy Higgins Arney 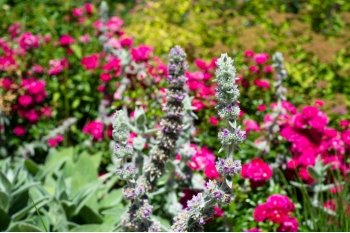 Higgins Arney favors Pinterest boards for gathering design ideas and other inspo. Learn more about campus plantings on the Get in the Garden board on Michigan Tech Pinterest.