A hitch-mounted camera on a pick-up truck, developed by the Michigan Tech Research Institute (MTRI) and Michigan Department of Transportation (MDOT), can make Michigan bridge inspections safer and faster.

In the latest American Road and Transportation Builders Association report, more than 47,000 bridges in the U.S. are structurally deficient and need repairs. Across Michigan, 75% of MDOT’s highway bridges are at least 40 years old. To manually screen bridge decks for damage, inspectors have to look for cracks and spalls by putting themselves in precarious positions — standing on the shoulders of spaghetti-like freeway loops, sometimes dozens of feet above ground. To make it safe or to perform a more detailed inspection, the team may close down a lane, slowing down already congested traffic.

A team from MTRI wants to help MDOT make bridge inspections safer, more efficient and just as accurate as current methods. One solution is the 3DOBS project. 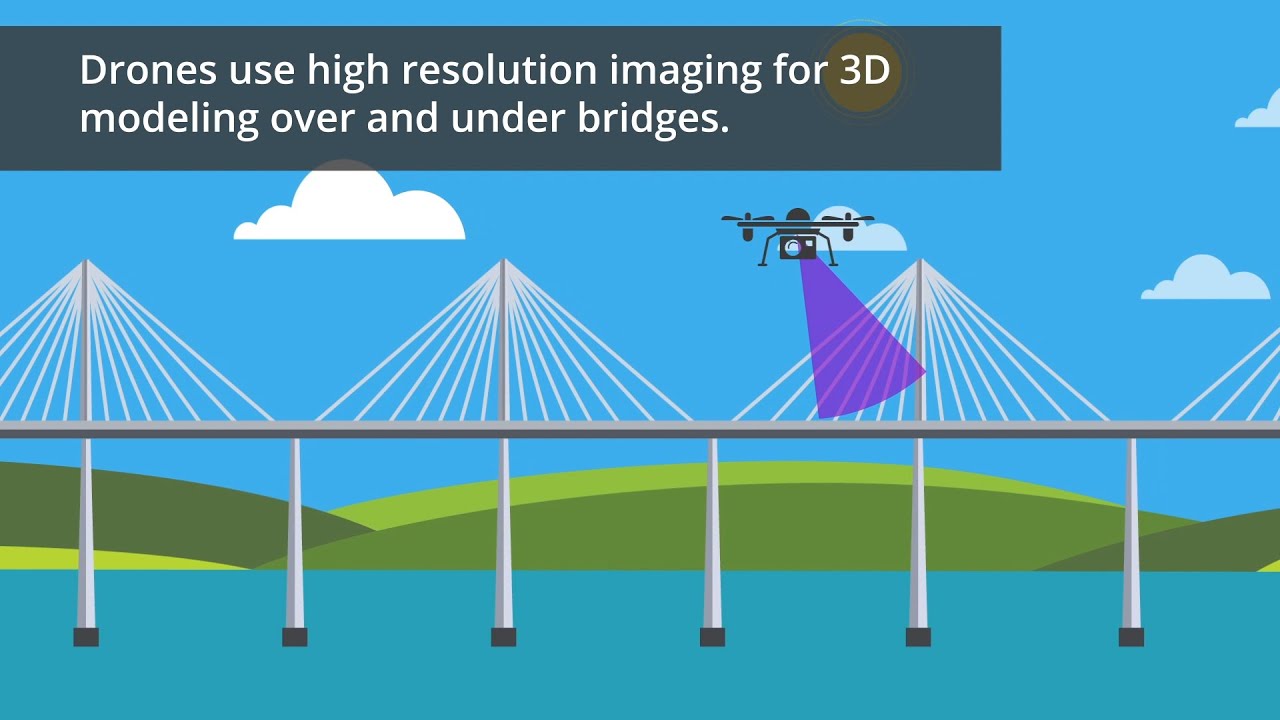 3DOBS is a cinema-quality camera attached to a pole braced on a vehicle trailer hitch that rises up nine feet above the ground. The RED 8K camera captures up to 60 frames per second and picks up details as small as millimeter-wide cracks in the pavement as the truck drives over the bridge deck. Trailing a couple MDOT escort vehicles, it looks like a parade float partially taken apart — and in the early days of the project, it moved about as fast as a parade.

“When driving across the bridge, you can only go as fast as the camera sees,” said Rick Dobson, MTRI research scientist. He explained the team first used a DSLR camera, a nice photography camera, but it could only take one frame per second and would max out around 50 frames total if collecting at two frames per second. “You’re crawling across the bridge, which gives great resolution — better than visuals from the shoulder — but it disrupts traffic.”

So, the latest phase of the project focused on bringing the process up to speed. With the RED 8K, Dobson and his team are able to drive up to 45 miles per hour across the bridge while gathering data — any faster and the motion blur ruins the images — and in about 30 minutes they can complete a survey of a typical, two-lane freeway bridge, covering both directions of traffic after turning around at an exit. Non-freeway bridges take about 15 minutes, depending on the size; it can take up to 90 minutes to image a large bridge deck, like where I-696 spans I-75 north of Detroit, stretching out for 670 feet with four lanes of traffic each direction. Manual surveys from the freeway shoulder often take 20-30 minutes, and then the data has to be uploaded and digitized. Which is another benefit of the 3DOBS project: The images themselves are a unique and valuable asset.

Remote sensing captures images from afar to delve deep into tiny details. Most often, people think of satellite images, but the field spans many kinds of technology. MTRI researchers have access to some of the world’s top-notch image-gathering devices and, more importantly, the expertise to interpret the data.

In terms of remote sensing, nine feet above the ground is pretty close up. What makes the bridge deck imaging a feat of remote sensing is the stitching and mosaicking process. The final composite image can be analyzed for heat signatures and signs of damage.

“We create a 3D model to identify spalls,” Dobson said, adding that the MTRI team developed an algorithm to automatically identify and characterize spalls/potholes on unpaved roads. “When we run the data through the 3D modeling software, then we can look at the alignment and structure of the scene.”

With the speed and efficiency of vehicle-gathered data, MDOT inspectors would be able to spend less time squinting from the side of the road and more time following up on potential trouble sites. As Dobson explains, by repeating surveys over the same bridge, inspectors can watch damage over time and better predict when it will become an issue.

Both optical and thermal data can be gathered to assess bridge decks; the images are sharp and high-resolution, so the next step is getting thermal mapping on par with the optics for subsurface evaluation. Also, a vehicle is handy for the tops of bridges, but infrastructure wears out in other spots, too. 3DOBS has a drone complement, which could inspect the entire bridge over and under; there's also an underwater equivalent in the BathyBoat and IVER 3. Both have been used to assess hard-to-reach infrastructure in the forms of the underside of bridges, rural roads, underwater pipelines and bridge pilings. The 3D BRIDGE app enables inspectors to improve inspections by allowing them to add bridge defects to a 3D model of the bridge and quantities are automatically calculated in the correct format for reporting. For the MTRI team, the many uses of remote sensing come down to making sure the best technology is set up for the right job.

“It comes down to how many pixels you can get on the ground,” Dobson said. “For fine-level cracking, you still want a vehicle — it’s closer to the deck and at that scale we pick up more details. We can collect this data without putting inspectors on the road.”

This summer, MDOT crews will get trained on the 3DOBS set up and continue testing the technology to see how it fits into inspection workflows. The challenges these teams face with infrastructure management is immense, and MTRI’s own challenge in developing the software and equipment is complex. But some solutions have a simple elegance. As Dobson put it, “On any vehicle with a standard trailer hitch, you can mount the camera and go.”