Edward Cokely would like to see all of us make better choices about such weighty matters, from open heart surgery to investing all our savings in penny stocks. The ability to grasp the consequences of decisions like these is known as risk literacy, and it's not as ephemeral as you might think. There's even a test for it—more on that later.

It's useful to be smart, but risk literacy is not really about intelligence, says Cokely, an associate professor of psychology in the Department of Cognitive and Learning Sciences. Even very smart, well-educated people struggle to understand information about risk, which can lead to overconfidence and ill-informed, even dangerous, decisions. Instead, risk literacy is tightly linked to math skills, specifically statistical and probabilistic reasoning.

In 2009, Cokely led a team of researchers at Germany's Max Planck Institute for Human Development that formulated one of the best tests of risk literacy: the Berlin Numeracy Test. "With only two or three questions, we can identify who is likely to be a good decision maker," said Cokely. "For example, we can predict who is likely to be tricked by manipulative advertising and political reports."

The test can also identify who will recognize risks associated with household products, consumer debt, and lifestyle choices. "Our test also predicts whether or not patients and their doctors are likely to share in medical decision-making," said Cokely. "Performance on the test is even related to health outcomes like heart attacks and strokes."

Since 2012, over forty thousand people in more than a hundred countries have taken the test.

Unfortunately, being risk literate isn't always enough. Often, key information isn't presented, so it can be difficult for the average person—risk literate or not—to make informed decisions. "Many types of medical tests, like mammography and prostate screening, result in a surprisingly high proportion of false positive test results for low-risk patients. This is something that even very careful and caring physicians do not typically understand," said Cokely. "If we can make these kinds of risks more transparent, we may avoid a lot of anxiety, fear, depression, and even suicide."

Cokely aims to improve risk literacy by building people's analytical skills and by developing ways to present risks accurately and clearly. He is moving forward with the help of a $451,000 Faculty Early Career Development (CAREER) Award from the National Science Foundation. He has also established a Risk Literacy Research Group at Michigan Tech, including faculty from across the campus, to develop Internet-based tutoring programs and custom-tailored educational brochures to assess and improve risk literacy.

Improving risk literacy has benefits that go beyond an individual's decision to, say, turn down an unwise variable rate mortgage and thereby dodge financial ruin. "A century ago, H. G. Wells predicted that statistical thinking would one day be as necessary for efficient citizenship as the ability to read and write," said Cokely. "This day has come. These are skills that are necessary for all of us to make good choices, both for ourselves and for society at large." 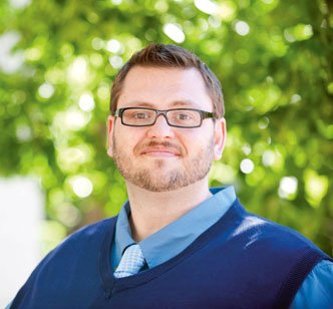