The Calculus of Clouds

Clouds arise out of nowhere and dissolve into nothingness, an intricate interaction of heat and cold, dampness and dust. Michael Adler aims to describe a portion of that dance in numbers, the sign language of physics.

Adler is a senior majoring in both physics and applied/computational mathematics. An accomplished violinist, he is minoring in music, sings with the Michigan Tech Concert Choir, and plays with the Marquette and Keweenaw symphony orchestras. He received the 2013 Provost's Award for Scholarship, Michigan Tech's highest honor for academic excellence.

For his senior research project, Adler is developing a mathematical model to describe how clouds form, in collaboration with physics professor Raymond Shaw. The model is based on Rayleigh-Bénard convection, which anyone who has boiled water has observed, whether they know it or not. As a fluid warms, currents rise and circulate, forming fountains and whirlpools. A similar pattern arises in the atmosphere as air ascends and clouds condense. The main variable in Rayleigh-Bénard convection is temperature, but because we are talking about clouds here, Adler is adding another, water vapor.

"Water vapor condenses as it rises and cools, which adds an extra level of complexity," said Adler. "That means you have a latent heat release in a region where condensation is taking place. It's very interesting."

Adler will be graduating in May and hopes his model can be tested in Michigan Tech's new cloud chamber this spring. The chamber will generate clouds by cooling the top surface and warming the bottom, so air plumes and water vapor are constantly rising and falling.

This isn't his first project. Since he enrolled at Tech, Adler has also been involved in research on thermoelectric materials and high-performance computing. Last summer, he went to Europe on a German Academic Exchange Service Research Internship to develop simulations of jet-engine combustion, a far cry from his current work. "That was very exciting," he said. "It was a completely different regime. Atmospheric flows are nice and calm for the most part, and then there's this jet engine with supersonic flow and violent reactions. It presents some challenging numerical issues."

Next fall, he plans to begin graduate studies in aerospace engineering. And he'll be continuing his music, both for love and for balance. "It is such a relief to take your mind off science and express the creative side a little more," he says. 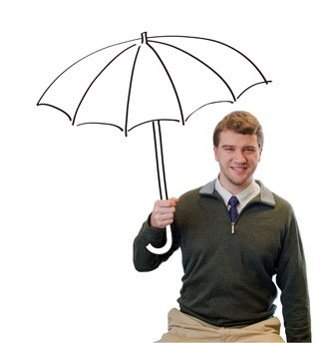