Imagine inviting everyone to support their favorite university research. Those who can afford $100 or $1,000 could give it, and those who can only afford $1 could make their buck matter, too.

What a superior idea. And that’s exactly what an innovative crowdfunding website of the same name is doing.

Superior Ideas was created by Michigan Tech to allow anyone to contribute any amount to support research projects. Crowdfunding is a relatively new phenomenon that allows many people to pool small contributions to support projects in which they share a common interest.

Launched in October 2012 with several research projects chosen for their importance and public appeal, Superior Ideas offers researchers a new source of funding for small projects or pieces of larger research efforts.

“This is a way to leverage interesting ideas,” says David Reed, vice president for research. “It can help people get started, do a discrete piece of research, or collect data that will enable them to get more funding.” Perhaps equally important, Reed suggests, is the way crowdfunding involves the public in university research.

“It’s important for people to understand what researchers are doing, and one of the best ways to understand a project is to become a part of it,” Reed explains.

Can a small donation make a difference? Absolutely, says Reed. “Superior Ideas is designed to maximize the impact of many smaller donations.”

Who thought up crowdfunding?

It was born of the seemingly limitless ability of the Internet to connect people who otherwise would never meet. Crowdfunding websites have popped up supporting everything from gaming and business ventures to humanitarian efforts, educational projects, mobile apps, and technology development. Some are commercial, others nonprofit. Using one of them, John Vucetich, an associate professor in the School of Forest Resources and Environmental Science, raised more than $10,000 in 2012 to support the ongoing wolf-moose predator-prey study at Isle Royale National Park.

But Michigan Tech is the only university that Reed knows of using its own crowdfunding site to support its research.

So the call went out for research projects that might intrigue the public. Nine were chosen based on their significance and their clear application to everyday life.

Each project sets a dollar goal and a predetermined length of time to achieve it. With each donation, the website automatically updates the percentage of the goal that has been reached, the total amount contributed so far, and the number of days left in the campaign.

Soon Superior Ideas will launch phase 2. It will include biographical sketches of the researchers and a number of interactive tools, including

In addition, users will be able to donate via PayPal, and researchers from other universities will also be able to submit projects.

Reed and research development and marketing director Natasha Chopp have high hopes for the future of Superior Ideas. Says Chopp, “We hope to make this a model for innovative, public support for university research.” 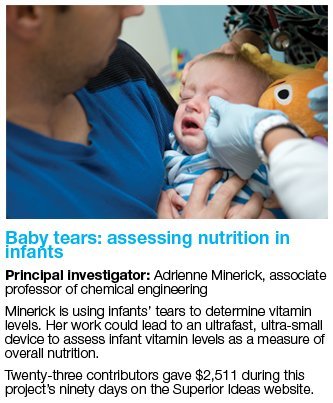 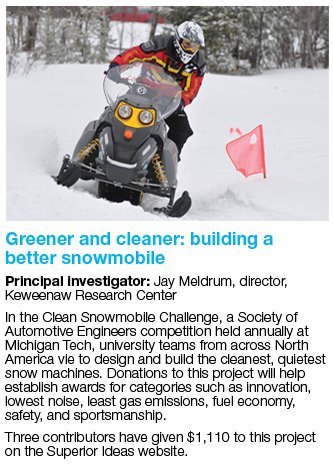 How anyone can make a superior idea come true