Aleksey Smirnov has been honored with a prestigious National Science Foundation Faculty Early Career Development Award, commonly known as a CAREER Award. The five-year, $470,000 grant will underwrite his research on the ancient history of the Earth’s magnetic field and how it may have affected the planet’s geology and even the evolution of living things.

The Earth’s magnetic field is generated by the planet’s metallic inner core and has two poles that correspond roughly with the North and South Poles. The field protects the Earth and its inhabitants from solar radiation and high-speed particles from deep space, but it is highly dynamic. Its strength can vary dramatically, and every few hundred thousand years, it reverses. If that were to happen, all our compasses would point south.

These changes leave indelible fingerprints in cooling lava, called fossil magnetism. Smirnov, an associate professor of geophysics, tracks down those fingerprints to better understand Earth’s early processes and events and how they shaped the face of the planet.

“The magnetic field has been strong enough to shield the atmosphere and biosphere from solar radiation, and that impacted the evolution of life forms,” says Smirnov. “Our goal is to determine how effective this shielding was throughout the Proterozoic,” from 2.5 billion to 542 million years ago, before the proliferation of complex life.

With the CAREER Award, he will be collecting data from igneous rocks in Western Australia, China, Brazil, Canada, Arizona, and just up the road from Michigan Tech, on the Keweenaw Peninsula.

“The study will nearly double the size of the current database on the strength of Earth’s magnetic field for the Proterozoic eon,” he says. “This data will provide insight into early Earth’s mechanisms for generating magnetic fields and will have important implications in how we use these magnetic field records to decipher the geological history of our planet.”

CAREER projects typically incorporate educational outreach. For his part, Smirnov is involving middle and high school teachers in his work through a summer research experience program at Michigan Tech. “We had the first session last summer, and it was very successful,” he says.

In the long term, he hopes to expand his sampling and apply new experimental techniques to learn more about the early Earth in collaboration with researchers from other disciplines, including biologists and atmospheric scientists.

According to the NSF, the Faculty Early Career Development Awards recognize junior faculty who exemplify the role of teacher-scholars through outstanding research, excellent education, and the integration of education and research. 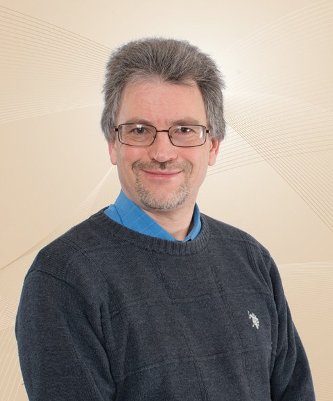