They’re tiny creatures with chocolate-brown hair, out-sized ears, and wings. They gobble mosquitoes and other insect pests during the summer and hibernate in caves and mines when the weather turns cold. They are little brown bats, and a deadly disease called white-nose syndrome is threatening their very existence.

Knowing the migration patterns of the bats could help predict and ultimately manage the spread of white-nose syndrome. The disease hasn’t hit the bats of the Upper Peninsula yet, but it is wiping out entire bat populations in the northeastern US and moving west. 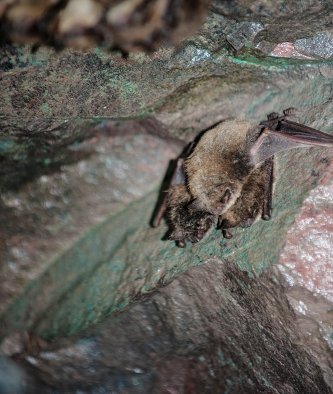 Little brown bats make their summer home in the Caledonia Mine, near Ontonagon.