By Kara Sokol, Scott Balyo
Share this story:
By all measures, it has been an epic summer for Keweenaw stargazers and Aurora spotters. But the best show came on the night of August 12, when the Perseids overlapped with the Delta Aquarids just as the Northern Lights began to bloom. The result? A spectacular night sky radiating violet light and speckled with meteors. Shine on, Keweenaw.

Tech and the Keweenaw earn "Best Of" accolades, APMP wins on Wall Street, tackling the Husky Bucket List, and more.

If it seems like Michigan Tech has been in the news more lately, it's not your imagination. The University and its home, the Keweenaw Peninsula, have been grabbing headlines and garnering accolades. We think the rest of the world is simply catching on to what we've known all along: that Tech is the best damn school in the country. Can you feel the love?

Michigan Tech was named one of America's best small-town colleges by BestColleges.com. The ranking was based on acceptance, retention, graduation, and enrollment rates. "Can you imagine Michigan Tech in any other city in the country? I can't," said John Lehman, associate vice president of enrollment, marketing, and communications. "For the students studying with us, our location in the wonderful community of Houghton and the Keweenaw perfectly complements the outstanding education they receive."

The city of Houghton was one of only three cities in Michigan (and the only in the Upper Peninsula) to be named among the top 100 most livable small towns in America by livability.com. Houghton was credited for having a year–round tourist season, affordable housing, good job availability, and a location centered in the heart of the Western UP.

A Princeton Review "Best Of"

Princeton Review's 2016 issue of The Best 380 Colleges ranks Michigan Tech among the best Midwestern colleges and green colleges nationwide. "Every college in our book has outstanding academics," said Robert Franek, senior vice president and publisher of the Best Colleges guide. "Our lists provide direct student feedback that can give students a new way to see the types of colleges that could help them achieve their goals and dreams." 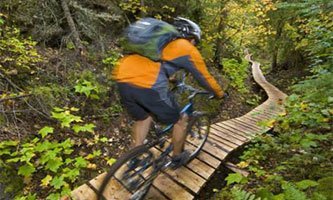 The Lansing State Journal has declared Copper Harbor a world-class mountain biking destination. "Trails with names like "Flying Squirrel," "Stairway to Heaven," and "Flow" crisscross the landscape," the author writes. "With berms, built-up boardwalks, and hair-pin turns, these are quickly becoming known as some of the best trails in the world. Mountain bikers are flocking to Michigan's Upper Peninsula to experience them."

It's been said the only thing more difficult than winning a championship is repeating. That is exactly what an Applied Portfolio Management Program (APMP) team from Michigan Tech has done.

For the second year in a row, the School of Business and Economics' APMP team won the global investment competition at the Global Asset Management Education (GAME) Forum V, hosted by Quinnipiac University in New York City. The event, held March 19–21, attracted more than 1,200 students from 140 colleges in 40 countries and 39 states.

The APMP sent three students to the competition: Cory Sullivan, who participated in the NASDAQ closing ceremony, Heath Johnson, and Derek Menard.

The results of the team's investments were impressive, according to Dean Johnson, James and Dolores Tretheway Professor in the School of Business and Economics and the APMP's founding director. He says what sets the competition apart is the fact that students are investing real money—a lot of real money.

"The team manages $1 million through the Michigan Tech Fund," Johnson explains. "These funds were explicitly donated to be managed by the students." Heath Johnson, the only returning member from last year's winning team, says that while there was a sense of pressure to repeat, the experience of having done it before was beneficial

"After experiencing the competition last year I knew that we had to be mindful not only of our returns, but also the risk subjected to our portfolio," he says. "Our team really wanted to repeat last year's impressive performance. Winning two years in a row out of 141 schools was incredibly exciting. We were able to outperform the market through very consistent returns while minimizing risk."

You attended class, studied hard, and graduated. But how many quintessential Michigan Tech traditions did you experience?

Find out, and get involved, by tackling Tech's new Husky Bucket List. It's a collection of the 85 must-have moments every Husky needs to experience while attending (or visiting) Tech. How many have you done?

Facebook comments on an image captured by our webcam atop the GLRC.

Please try taking another one from exact same spot during fall. It would be really nice to see colorful view of same pic :)—Neelam Chopade

Another beautiful day in the Keweenaw!—Doda Guyer

Looks like it is going to be a HOT day in the CC. CC hot I mean! :)—Suzanne Houle

I was just thinking the same thing.—Amanda Sharpe

A student's-eye view from the Michigan Tech Lode 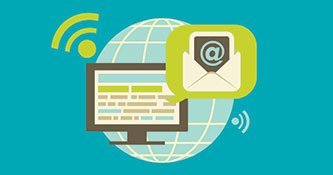 "The Society of Intellectual Sisters' Bra Show is full of educational moments, but doesn't bog the audience down with relentless facts and figures or sad stories." Alexandria VanDuzer gives the annual Bra Show two thumbs up.

"Sometimes reading a book only makes a headache worse. Reading isn't the right choice for everyone, and that's okay." Joseph Pietrzyk doesn't always see the need to read.

"The inaugural snoccer tournament was held at Tech. Teams were comprised of five players; the winning team was the snocc'em Boppers." John Reynolds on Tech's newest Spring Fling sport.

"From here on out, whenever I hand someone my résumé the first heading will read ‘Previous Internship Experience,' and that will give me a huge advantage when talking with companies." Rand Silvers, excited to begin his first paid summer internship.

"Whoever you are, whatever you are doing, peace out." Andrea Spencer says goodbye to readers on the eve of summer break.

More than 400 surveys were sent to corporate representatives who attended the University’s spring Career Fair. The results are in—and they’re impressive.

73% feel that our students possess written and verbal skills

73% say that Tech students could work well in teams