Keweenaw Energy Transition Lab (KETL) team member Jacob Chizek’s three-dimensional solid model of Negaunee’s Mather B mine facilitated our detailed design and analysis of a Pumped Underground Storage Hydropower (PUSH) system. Chizek’s work was important for many reasons, but most key was how the model allowed the team to create more precise estimates of the mine’s size and form. The increased accuracy made the entire PUSH study better because team members could work from very realistic estimates of the mine’s size, capacity and layout.

Chizek, an undergraduate majoring in mechanical engineering, was already skilled in computer modeling, particularly CAD and SolidWorks. He’d worked up 3D drawings of objects before, but those were always “widgets” he’d imagined himself. He’d never done anything like this: make a three-dimensional solid model of a mine that could provide accurate volumetric estimates, using engineering blueprints and maps from the 1960s-1980s.

He started by tracing digital maps of a real 3D environment, then importing those sketches and overlaying them at the correct scale. Then he added volumes atop the flat plots.

His resources were a mosaic of snapshots that research team members took of historic maps in the collections of the Cliffs Shaft Mine Museum in Ishpeming and the Michigan Department of Environment, Great Lakes, and Energy’s (EGLE’s) Oil, Gas and Minerals Division Upper Peninsula Geological Repository archive in Gwinn, Michigan.

Since this project did not allow for formal digitization of all the underground maps, Chizek worked between a few critical maps — drawn at different times to different scales — at a time. He worked with plan views, cross sections and schematic profiles. Using supplemental details from the largest maps, his 3D model captured the extent of the mine’s underground workings.

His model provided more precise measures of the volume of water in the flooded mine’s different levels, which the team used to compare different PUSH designs options: What’s the largest turbine that can fit into the Mather B’s existing shaft? What if we designed the system to pump water up the Mather A shaft, then drop it down through a turbine and into the lower reservoir through the Mather B shaft? What if we used the entire mine as a lower reservoir and built a surface pond? What if we designed a very small system, using only the Mather B shaft? In each case, the team could calculate the volume, head and flow capacity of these designs.

Because Chizek could geolocate his underground model, connecting it to the surface, the research team could also visualize the relationship between the under- and aboveground features, including existing power lines, streams and waterways, buildings and other area mines.

Chizek’s modeling work enables additional technical analysis, including heat transfer, water flow, and volume and capacity for systems like geothermal HVAC, low-temperature geothermal power and aqueous mineral reclamation. It also supports a range of cultural, historic and scientific communication. When the team held a public meeting to share a preview of their findings with the residents of Negaunee, Chizek shared his model with the audience, including some veteran miners from Mather’s operating days. He found his model was very popular! People stood around his large monitor, sharing stories and pointing at the screen, talking about things they remembered, places they’d been underground, and those areas they’d never seen.

Chizek’s model might make it possible for the Cliffs Shaft Mining Museum to create an exhibit or video, aid in planning by the cities of Negaunee and Ishpeming, and enrich public interactions on social media. We will see what develops!

Diving Deeper into the Potential of Old Mines

The next step in this process might be to create an ultra-high-scale model of the mine workings. That would require the quality digitization of dozens of large-scale maps held by EGLE and the Cliffs Shaft Museum, then hundreds of person-hours of time tracing and building the model. But, it would result in the most detailed model possible without draining the mine to complete a modern survey and scan of current conditions. Another Enterprise team at Michigan Tech has also started brainstorming ways to use a remotely operated or autonomous underwater vehicle (ROV, AUV) to scan old flooded mines and build new 3D models of current conditions without the expense and environmental risk of pumping the mine dry or risking human lives through survey of those dangerous places.

Autonomous underwater survey robots would be very powerful tools for PUSH design, but are still mostly science fiction. Meanwhile, Chizek’s model is an excellent resource for the team and provides a needed tool for the research team to evaluate PUSH potential in a given location. When organizations begin planning closed-loop, underground pumped hydro facilities, having the best possible model will be essential to the best designs of the highest-value utility assets. 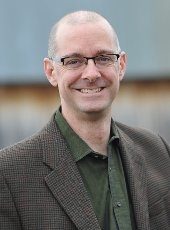 Worldwide today, there are only a few pumped underground storage hydropower facilities being designed. All of these are in working mines approaching their end of life, as in EPV Energy's Pyhäsalmi Mine in Finland. Design teams working with modern mines have the working 3D models of the mining engineers. But hundreds of abandoned mines around the United States — and thousands around the world — could be adapted for PUSH systems. Assessing those legacy mines will require the kind of modeling Chizek did for Mather.

Chizek’s contributions were initially supported by our grant from the Alfred P. Sloan Foundation, and his work continued thanks to a student research grant from Michigan Tech’s Great Lakes Research Center. A member of MTU’s Supermileage Systems Enterprise, where he works on the engine subteam, Chizek’s research interests also include grid-scale energy storage solutions. He found the modeling exercise gave him time to imagine other potential innovations for energy storage in flooded and abandoned mines.