Essays by members of Michigan Tech's Institute for Policy, Ethics, and Culture from the 1,000 Words Project "SARS-CoV-2: What Kind of Crisis is This?" offer perspectives on pandemic culture.

Caryn Heldt is director of Michigan Technological University's Health Research Institute. The professor of chemical engineering is the James and Lorna Mack chair in bioengineering.

The Scientific Method and COVID-19

The scientific method is taught in primary and secondary school. Initially, you ask a question: How is the new coronavirus transmitted? You then do a little background research, and find that other coronaviruses which cause the common cold and influenza, giving you the flu, is transmitted by droplets. These large droplets come out of your mouth and quickly fall to the ground. So, to prevent these diseases, you wash your hands a lot because you pick them up on surfaces through touch. Then you touch your nose and mouth and transmit the virus into your bodily system, where it multiplies and causes disease. So, now we develop a hypothesis. We hypothesize that the new coronavirus is transmitted by droplets. 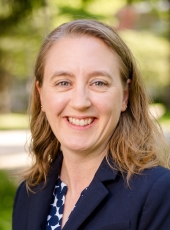 The next step is to conduct experiments to test your hypothesis. There have been studies on how long the virus lives in aerosol particles and surfaces. But some of the most important data has come from super-spreader events. A choir practice in Washington sickened 52 people. A bar in Michigan led to at least 152 cases. So now, we analyze our results. But wait. If surfaces were to blame, how did so many in the choir get sick? How did the outbreak in the bar spread so quickly? Maybe our hypothesis is wrong. Maybe the new coronavirus doesn’t spread like other coronaviruses or influenza. Maybe it is through aerosols; that would explain our findings.

Now we have new information that allows us to create a new hypothesis and start again to conduct experiments and learn more about how the new coronavirus spreads. Scientists are used to this process. We often make a hypothesis, find out we are wrong, and then suggest another hypothesis. That is how science works. Yet, the public was told to wipe down surfaces, clean their groceries, and not wear a mask. Then the scientists changed their minds. The new prevailing evidence was that surfaces are less of an issue, but wearing a mask will reduce the amount of aerosols and droplets someone releases, thus reducing the amount of live virus in the air.

The Institute for Policy, Ethics, and Culture's 1,000 words project asks IPEC members to explore the nature of the crisis, dislocations and challenges brought about by the global pandemic as seen from their unique perspectives. Read more essays. Learn more about IPEC members and projects.

This crisis in the United States is less about people not trusting science as people not understanding the process. We were all taught the scientific method, but few people have put it into practice. It has been forgotten. One is often wrong in their first hypothesis and must then try again.

As scientists, we like to hide among other scientists and talk at big conferences. In this setting, everyone knows that each lab is chipping away at a small piece of an important problem. They are allowed to be wrong, change their mind, and find their way. Only when many labs have replicated data is it often released to the media and the general public. In this way, scientists are able to verify and confirm their hypothesis.

Yet, this novel coronavirus has not given us this luxury; the need for a solution to this problem is too urgent. There is not the time necessary to be confident in our hypothesis. So hypotheses that are not fully tested are being released to the public inevitably leading to contradictions in study results; which, if we remember, is how science works. But the general public has forgotten the scientific method, thus creating a crisis that, on the surface, looks like a lack of trust in science. However, if we look more deeply, the true problem is a lack of understanding of the scientific process.