There’s a method to my aquatic photochemistry.

Through the Research Excellence Fund – Infrastructure Enhancement (REF-IE) grant, Michigan Technological University now has a SunTextXLS+(II) simulator available for community use. According to Daisuke Minakata, associate professor of civil and environmental engineering, researchers can use this tool to simulate the conditions of natural sunlight.

“Inside a controlled environment of the equipment, we can actually simulate what is really going on in the natural environment,” said Minakata.

The sunlight simulator even allows for customization to specific conditions. This means researchers can set the temperature, humidity levels and even time length so the simulator can run desired conditions for 10 minutes or 10 hours.

This can be highly useful for experiments focusing on the sun, as Houghton’s weather doesn’t always provide abundant levels of sunshine (especially during our record-breaking winters). 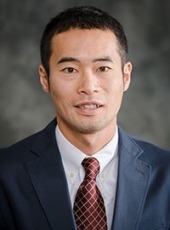 Minakata has used the sunlight simulator to aid his research in aquatic photochemistry, funded by the National Science Foundation (NSF). Minkata’s team have been focused on analyzing the photochemical fate of organic compounds within natural aquatic environments, specifically in surface water such as Lake Superior.

According to Minakata, there is an increase of both point source and non-point source pollution due to human activity, meaning an increase in the presence of synthetic organic contaminants in natural aquatic environments. These contaminants can include pharmaceuticals, personal care products, pesticides and other contaminants from agriculture activity.

Minakata and his team are observing the impact of nitrogen in particular, because nitrogen-containing contaminants can be extremely toxic to the ecological systems within surface waters. Specifically, they’re interested in the impact of amino acids, which are an important source of energy for microorganisms.

The project focuses on observing the impact sunshine can have on trace-free amino acids present in natural aquatic environments. When the sun shines on amino acids, they synthetize, degrade and result in a new transformation byproduct such as carbon dioxide. Minakata and his team want to understand the reaction mechanisms and pathways that lead to these changes.

If the team were trying to understand how a dish is prepared, they’d be observing how each step of the recipe creates a new food product. For example, the process of whipping heavy cream and sugar creates the byproduct whipped cream.

“We’d really like to understand how fast that reaction goes by and what would be the byproduct [those reaction mechanisms] produce,” said Minakata.

The sunlight simulator helps find these answers because it allows researchers to simulate both the chemical products and time-dependent behaviors induced by the sun.

By studying the impact of sunlight on amino acids, Minakata and his team can apply their findings to other organic or chemical contaminants/compounds. By understanding the nitrogen-containing reaction mechanisms, they can apply the same models to other chemicals and compounds. This allows them to effectively predict the behavior of other toxic chemicals and important nutrients within a natural aquatic environment.

“In order to predict something, we need to understand what’s going on first,” said Minakata.

By running computer simulations and using the sun simulator, the team can observe and record the reaction mechanisms in response to the sunlight, as well as measure the byproduct information during the simulations.

Researchers at Michigan Tech are also able to reserve the sunlight simulator for their own experiments. Scheduling use for the simulator is made possible through the “CEE Suntest” Google calendar; people can use this calendar to see when the simulator is available for use and then propose a time. Minkata schedules safety training prior to use of the simulator and provides safety protocol documents.

Through Minakata’s experiences, it is clear that this new tool will be a great means of shining a light on any experiments observing the impact of the sun.