Underwater robots, side-scan sonar and crowdfunding are being deployed to find two of Lake Superior's most elusive historical shipwrecks.

On Nov. 23, 1918, two 143-foot French minesweepers went down in a Lake Superior storm. Michigan Technological University's Great Lakes Research Center Director Guy Meadows is at the helm of a crowd-funded project to find the Cerisoles and Inkerman. Meadows shares the historical research and advanced technologies that will guide the mission at a talk from 5:30 to 7 p.m. Tuesday, Nov. 13, at the Great Lakes Research Center, in Room 202.

It's not the first time anyone's gone looking for the ships since they went missing. Why does Meadows think his odds are better?

"I'm a big fan of homework, so I have tried to look at the loss with fresh eyes."Guy Meadows, Great Lakes Research Center

"I have some ideas about the detailed events, what the Lake Superior weather was and what implication the weather had on how the ships may have ended up foundering," he says.

The 630-ton steel-hulled vessels were built near present-day Thunder Bay, Ontario and last seen off Keweenaw Point in Michigan's Upper Peninsula. The combined crew of 79, including one Canadian Great Lakes pilot on each ship in addition to the French sailors, represents the largest loss of life in Lake Superior maritime history.

Their first voyage was the last.

The final of 12 World War I minesweepers commissioned by the French government, the Cerisoles and Inkerman, named for French military victories, were traveling in company on their maiden voyage with a third ship, the Sebastapol. The flotilla, bound for Europe via the Soo Locks and St. Lawrence Seaway, was hit with a fierce storm about midway between Thunder Bay and Isle Royale. The Sebastapol and her crew, though badly shaken, survived the maelstrom. Assuming the other two vessels had sheltered in the lee of the Keweenaw Peninsula, in Bete Grise, the captain of the expedition was reportedly surprised to see the bay empty but continued on after the storm abated, assuming the Cerisoles and Inkerman were ahead, or would catch up. No distress calls were received; wireless communication was a relatively new invention in 1918.

Michigan Tech is known for underwater imaging and mobility.

The project came to the University via Tom Farnquist, director emeritus of the Great Lakes Shipwreck Historical Society, based out of Whitefish Point and Sault Ste. Marie, Michigan.

"He saw some of the advanced work we've been doing," Meadows says. "That group has been looking for these vessels for a number of years, the last several summers at least three weeks, if not longer, out of Copper Harbor."

Farnquist shared his notebook on the project with Meadows, who added his own research to it. "I became really intrigued with the history," he says.

With expertise that includes 25 years of experience in the ship design department at his previous university, Meadows  is confident, but also pragmatic. "I understand some of the issues with the way these ships were designed and how they would behave in large sea states," he says.

"But there's no guarantee we're going to be successful, either. This is really a hard search. Average depths are 500 to 1,000 feet. There's lots of false targets because of the shape of the lake bottom, and the geology of our Keweenaw Peninsula."

The search will be multi-layered. And the team is asking Huskies and others interested in Great Lakes shipwrecks and history to participate in the adventure by helping to fund it.

The game plan capitalizes on technology. 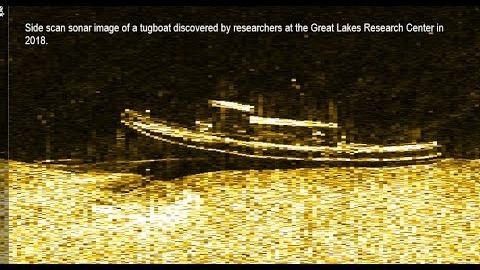 The implications of the Great Lakes Research Center's advanced technology? Nearly every scouting trip yields new discoveries. This is footage of the intact pilothouse of a shipwreck located in summer 2018.

The University research vessel, the Agassiz, will station out of Copper Harbor for the search, where there's immediate access to the big lake.

"We cannot afford to make a huge effort, so we have some areas identified based on our research that we want to go take a quick look at and see if we get lucky," says Meadows.

First, the team will do a wide-area search with conventional side-scan sonar, at high resolution. "If the targets look promising, we have the technology to go in and take a really close look with our autonomous underwater vehicle, like we did for the folks at the Thunder Bay National Marine Sanctuary in Alpena a couple summers ago," says Meadows. "We  got some really spectacular sonar images."

"The final step of the strategy is to go in with our remotely operated vehicles and read the name off the back of the boats, if we should be so fortunate."Guy Meadows, Great Lakes Research Center

Meadows says the team could end up being just as disappointed as other searchers.

"We certainly have the ability to accomplish all that. But it's going to be very difficult. The targets will appear very tiny from near the surface. There will be lots of other things that aren't the real targets," he says.

But there's also reason for optimism. Given the current capabilities, researchers and students are finding never-before-seen targets nearly every time they go out on the water. Meadows is excited about expanding the potential for underwater discovery.

"We have long-range plans to be one of the first universities to acquire and operate a fully autonomous surface vessel (ASV) that has a sonar to die for. That's a game changer," he says. "An unmanned vessel can operate 24-hours a day and do wide-area searches the way they need to be done."

Donate to the Search 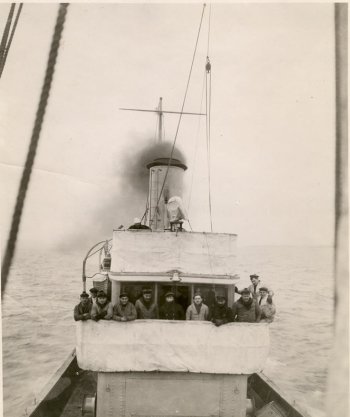 GoFundMe. Indiegogo. Kickstarter—general internet crowdfunding sites are flourishing. Michigan Tech has its own. The non-profit Superior Ideas raises money for high-quality public service projects. Researchers from any higher-ed institution can submit a project, which goes through an approval process before being posted.

The Cerisoles and Inkerman project, "Locating Two of Lake Superior's 100-year-old Secrets," is listed on Superior Ideas. The goal is $8,385, which would fund a minimum of one week at sea. Alumni have been especially generous, says Elizabeth Hoy, assistant director of business and program development at the Great Lakes Research Center. Project organizers are looking forward to meeting with some of the current contributors, and sharing information that they'll be privy to first, including details about another shipwreck found in summer 2018.

Each contribution level includes another perk—like meeting with the research team—and adds another layer of exploration and outreach to the mission. Additional funding that surpasses the goal will go toward extending the search. 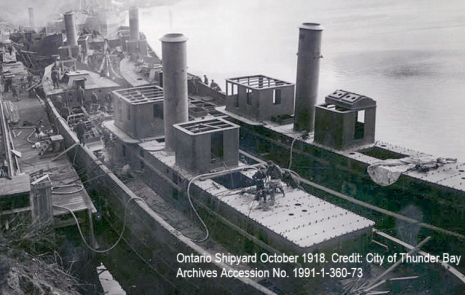 Researchers at Michigan Tech's Great Lakes Research Center study all things water - what is in it, what lives in it, and what lies beneath.