Genes affect when trees put forth leaves in the spring. Understanding how could help scientists adapt trees to be more resilient to climate change.

One of the surest signs of spring is the vibrantly lime-green tinge trees develop as their buds open and tiny new leaves unfurl. Bud-break is the scientific name for this process — a straightforward term for the grand genetic mechanism that allows trees to leaf out and do their summer work of photosynthesis to store up energy for the coming winter. 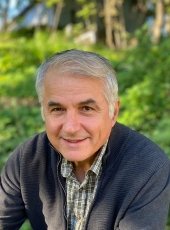 Bud-break is precluded by bud-set, which occurs in the autumn. After trees have dropped their leaves and as the days shorten and grow colder, new buds grow on branches. Like many wildflowers, trees require a period of dormancy at colder temperatures — a process fine-tuned by evolution — before bud-break can occur.

But as the changing climate becomes increasingly unpredictable, late frosts are more common — and many trees initiate bud-break too early or too late. For farmers who grow fruit- and nut-bearing trees as well as grape vines, a mistimed bud-break and a frost could mean the difference between a good harvest and none at all.

For example, a late frost in 2007 across the eastern U.S. resulted in an estimated agricultural loss of $112 million, including $86 million in losses to fruit crops. Poorly synchronized bud-break can also lead to pest and disease outbreaks.

Victor Busov, professor in the College of Forest Resources and Environmental Science at Michigan Technological University, along with colleagues in the U.S. and Sweden, published new research about the transcription factors responsible for early bud-break in the journal Nature Communications. Transcription factors are genes that regulate other genes by binding to DNA and giving activation instructions.

The properties of transcription factors help scientists determine what other genes might be involved in a particular process like starting bud-break.

Busov and collaborators previously identified transcription factors for early bud-break 1 (EBB1) and short vegetative phase-like (SVL), which directly interact to control bud-break. The research team has now identified and characterized the early bud-break 3 (EBB3) gene. EBB3 is a temperature-responsive regulator of bud-break controlled by interactions between genes and the surrounding environment. The transcription factor provides a direct link to activation of the cell cycle during bud-break.

“We know now EBB3 is providing a direct link through the signaling pathway for how these cells divide,” Busov said. “Once we found the third gene, we started to put them together in a coherent pathway, which helps us see the bigger picture.”

Using poplar and flowering locus trees in the Michigan Tech greenhouses, the researchers mimicked the daylight length and temperature of an average summer day for a period of time, followed by a period that mimicked average winter days. Then, the scientists conducted gene expression analysis to determine how the transcription factors worked together to help the trees judge when to put forth leaves in the greenhouse’s artificial springtime.

Busov said the analysis reveals how particular genes activate through the season or in response to specific environmental factors.

“We need to understand not only three transcription factors, but the whole network,” Busov said. “Once we identify the genes, we do experiments where we dial up or down the expression of the gene. We look at what the effect of these actions is on offspring. Identifying variation in the network will allow us to regulate early bud-break. New technologies of sequencing are empowering these areas.”

Speaking for the Trees

The climate has profound effects on the genetic processes that regulate bud-break. The first of these effects is warming winters. In places that no longer experience enough cold, trees do not get the necessary growth-resetting cold exposure. Cold exposure is crucial for strong and uniform bloom and leaf-out, which is needed to produce a good crop, whether it’s peaches, apples, cherries, grapes or almonds.

The second way climate change affects trees is late frosts. Bud-break is all about timing; trees shouldn’t initiate leaf growth until the danger of frost is past. Instances of extremely late frost are becoming more common, and as Busov notes, research indicates that the frequency of these events is increased by climate change.

How ’Bout Them Apples

In collaboration with the U.S. Department of Agriculture at the Appalachian Fruit Research Station, Busov and colleagues will investigate bud-break mechanisms in apple trees next.

To make matters worse, trees are such long-lived organisms that their evolution is not keeping pace with the rate at which the climate is changing.

“For trees, their adaption is generational – but their generations are so long, their adaptation is also so long,” Busov said. “You need some way to speed this up, both in fruit trees and in forest populations. With rapid changes, there is no time for this adaptation.”

Devising new approaches for accelerated tree adaptation to climate change can ensure bud-break happens at precisely the right time each spring. Using their understanding of the genetic pathways that control bud-break, scientists hope to genetically modify crops to adapt to warmer winters and unpredictable frosts. Scientists can also conduct genome-assisted breeding — the age-old process of natural selection, with science-enabled knowledge.