The Iron Stepping Stones To Better Wearable Tech Without Semiconductors

The road to more versatile wearable technology is dotted with iron. Specifically, quantum dots of iron arranged on boron nitride nanotubes (BNNTs). The new material is the subject of a study published in Scientific Reports in February, led by Yoke Khin Yap, a professor of physics at Michigan Technological University.

Yap says the iron-studded BNNTs are pushing the boundaries of electronics hardware. The transistors modulating electron flow need an upgrade.

“Look beyond semiconductors,” he says, explaining that materials like silicon semiconductors tend to overheat, can only get so small and leak electric current. The key to revamping the fundamental base of transistors is creating a series of stepping-stones. 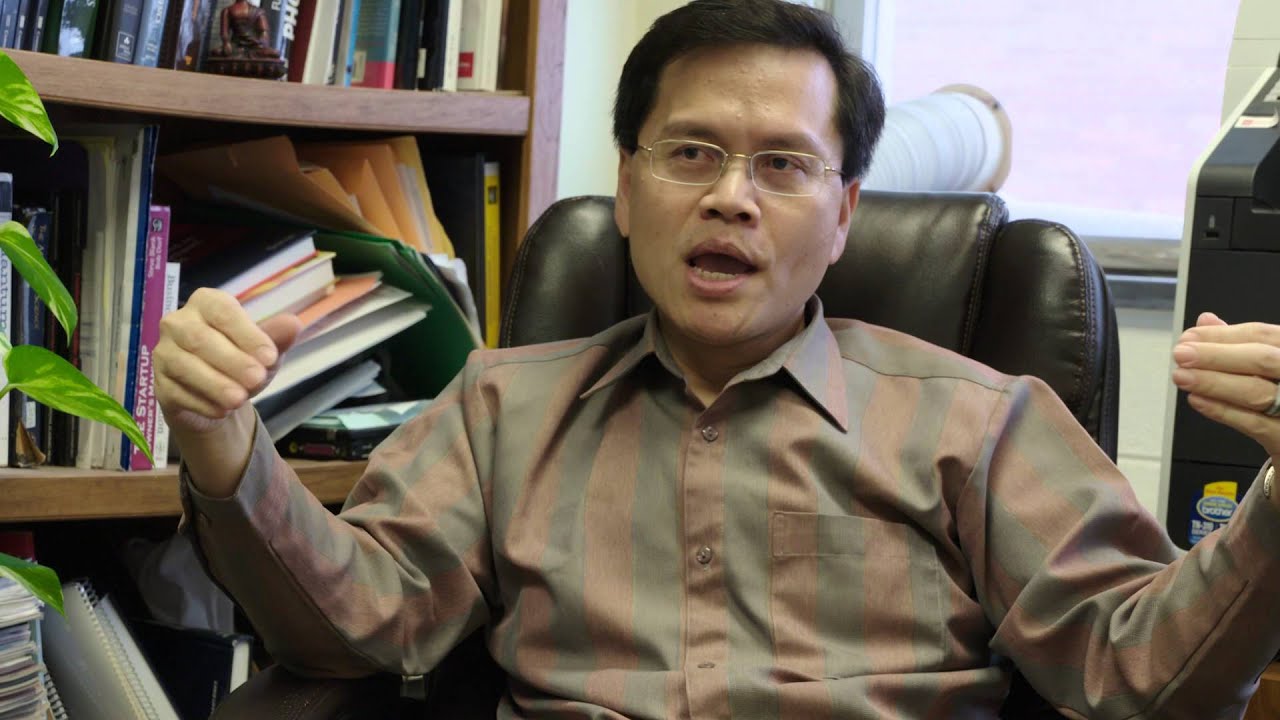 The nanotubes are the mainframe of this new material. BNNTs are great insulators and terrible at conducting electricity. While at first that seems like an odd choice for electronics, the insulating effect of BNNTs is crucial to prevent current leakage and overheating. Additionally, electron flow will only occur across the metal dots on the BNNTs.

In past research, Yap and his team used gold for quantum dots, placed along a BNNT in a tidy line. With enough energy potential, the electrons are repelled by the insulating BNNT and hopscotch from gold dot to gold dot. This electron movement is called quantum tunneling.

“Imagine this as a river, and there’s no bridge; it’s too big to hop over,” Yap says. “Now, picture having stepping stones across the river—you can cross over, but only when you have enough energy to do so.”

Unlike with semiconductors, there is no classical resistance with quantum tunneling. No resistance means no heat. Plus, these materials are very small; the nanomaterials enable the transistors to shrink as well. An added bonus is that BNNTs are also quite flexible, a boon for wearable electronics.

“Here’s where the challenge comes in,” Yap says, holding up a pen to demonstrate. He gestures along the length of the pen, which mimics a straight BNNT, tapping out a line of quantum dots. “We have an array here to do quantum tunneling, but what if we want to bend the array to be flexible like a piece of wearable electronics?”

Yap sets down the pen and curls up his index finger: “And if I bend the dots, the distance between them changes—in doing so, we change the electronic behavior.”

Changing the behavior means that the quantum tunneling may not work. The solution is to get out of line: Yap and his team arranged a grid of quantum dots around the outside of the BNNT.

“This time we used iron instead of gold,” Yap adds, explaining that gold’s melting temperature was low for the process his team used. “And when we tested the material, the electrons distributed uniformly across the whole surface of the nanotubes.”

That means that instead of having a line of stepping stones, there are many different paths across the river, and an electron will jump to the nearest one. For future use in wearable electronics, the multiplicity of paths ensures electricity is moving from one riverbank to the next, one way or another. Using scanning tunneling microscopy inside a transmission electron microscope (STM-TEM), the team successfully bent the iron dot-coated BNNT while monitoring the electron flows. The electronic behaviors remain the same even when the BNNT was bent all the way up to 75 degrees.

Yap says that this experiment is a proof of concept. While the iron BNNT material shows promise, it’s not a full transistor yet, capable of modulating electron movement. Right now, it’s called a flexible tunneling channel.

“Next, we’ll put the BNNT and iron onto a bendable plastic substrate,” Yap says. “Then we’ll bend this substrate and watch where the electrons go.”

This experimental work is complemented by computer simulations by John Jaszczak, professor of physics, and Paul Bergstrom, professor of electrical and computer engineering.

Which route the electricity takes is hard to track, which will be the main challenge for the next experiment. But one direction is certain, Yap’s research is headed down a path to change the basic level of electronics and make wearable tech more adaptable.