1972—The first woman is admitted to the Michigan Tech ROTC program.

1979—1 in 5 female cadets nationally selected for the Air Force pilots' program come from Detachment 400. Only 16 female pilots are on active duty.

2000—The Aerospace Studies minor is offered to both AFROTC and non-AFROTC students. 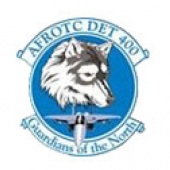