For centuries, humans have looked to nature to draw inspiration for innovation. From birds in the sky to fish in the sea, by studying what these creatures have naturally perfected over millennia, engineers create new technologies that are essential to our way of life today.

Bio-inspired robotic technologies push the boundaries of what we think is possible when it comes to traveling on land, in the air and underwater. Yet few robots focus on the air-water interface. Many biological organisms such as insects, arachnids and even bacteria have the ability to stand on this boundary by taking advantage of surface tension. However, among these species, only a few also have the ability to manipulate the surface tension to propel themselves across the liquid surface with great speed and maneuverability. We built a robot that can do this and our work was recently published in Bioinspiration and Biomimetics. 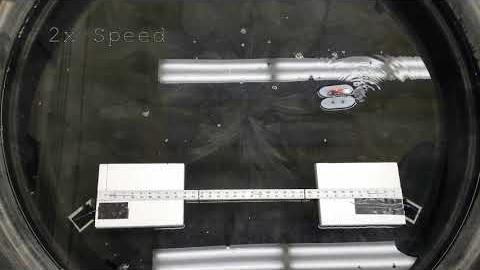 By releasing lipid-laden excretions, certain insects can change the local surface tension — in this case, lowering it, like adding dish soap to water — causing a surface force imbalance that pulls the insect forward. This wondrous ability is caused by Marangoni propulsion, a method of generating thrust via creating surface tension gradients, which we explored in research shared in a previous MTU news story. Motivated by the superb capability of these organisms, we conceptualized and created a self-powered and remotely controlled robot which relies solely on the Marangoni effect for both propulsion and change of direction.

To our surprise, a close inspection of previous work on Marangoni surfers reveals that even though many insects use this method of propulsion, most robotic designs using it remain rudimentary. To address these technological deficiencies, our surfing robot can not only stand atop the free surface of water, but can also use Marangoni propulsion for locomotion and maneuverability through a controlled release of isopropyl alcohol (IPA). 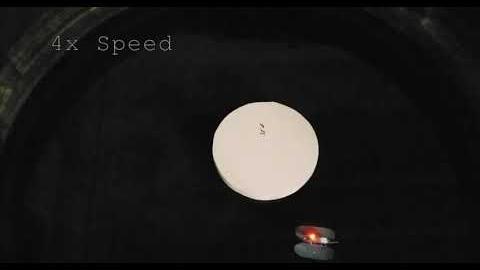 Obstacle Avoidance Test with Lights Off

To make this engineering challenge a reality, we developed custom-made flow control and steering mechanisms. These features complement integrated power and fuel sources, a remote transmitter, a receiver and two servos, resulting in a non-tethered robotic surfer with unparalleled functionality. The integrated technology in our robot and its unique method of speed and directional control eliminates complicated and undesirable features such as noisy engines or propellers that can disrupt or harm sea life. This means fewer disturbances are introduced into the bulk of the liquid, reducing the drag and making the robot more like the insects it mimics, while having the additional benefit of being virtually silent in operation. 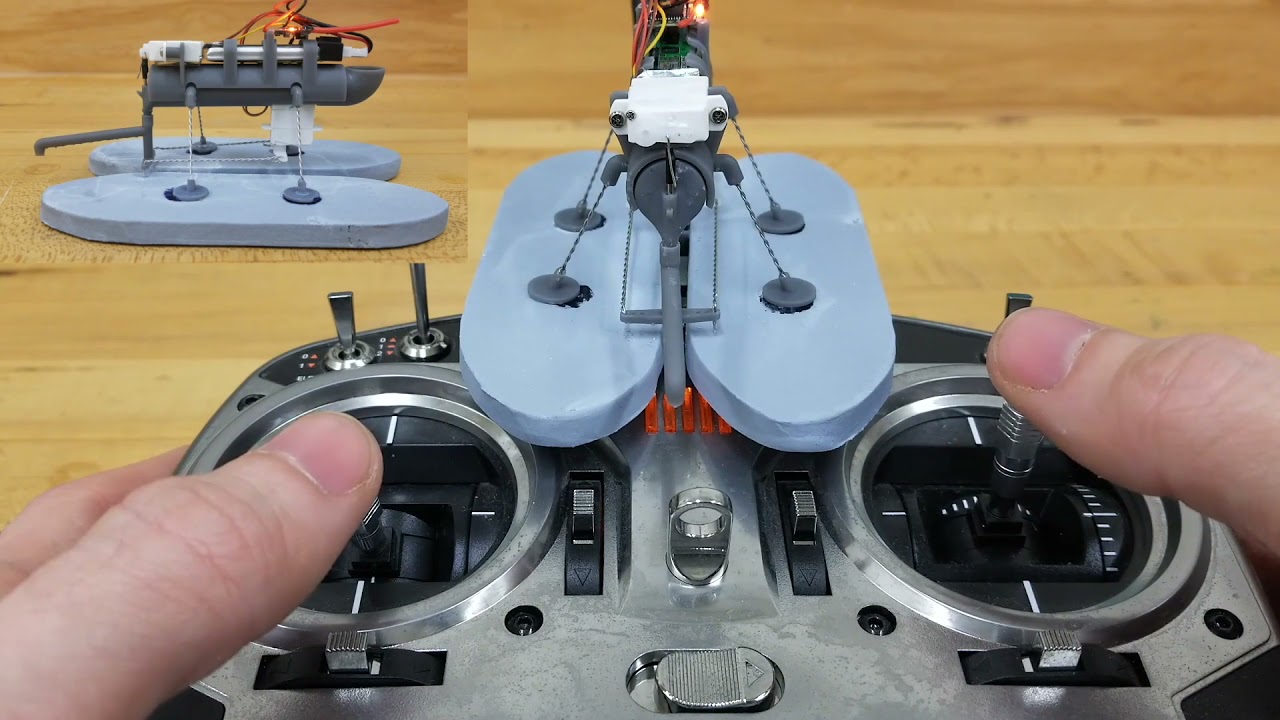 With these attributes, our Marangoni surfer is ideal for a variety of practical applications where precise remote control of position and speed is essential. For example, with the simple addition of a small camera, it can easily be used by biologists, nature photographers and wildlife experts to access hard-to-reach aquatic locations and even near skittish wildlife. This technology can also be used to monitor for invasive species and pollution in or near bodies of water. Notably, if made autonomous, our robot would not only be able to self-correct and optimize its movements, but would also afford multiple robots the group coordination, working together to increase efficiency and performance, to move with the grace of fish schools and bird flocks.

Even with the extensive progress we have made, there is more to learn, and through this process we have already identified aspects of the robot we would like to improve. Currently, our robot can achieve speeds of about 100 millimeters per second (approximately one robot length per second) with a fuel efficiency of about 600 millimeters per milliliter of propellant fuel. We are now working on implementing new and alternative designs and propellants to achieve greater speeds and higher fuel efficiency. Even with these challenges ahead, the next generation of Marangoni surfers offer new ways to think about moving at the air-water interface using biomimicry.