Carsten Külheim, an associate professor in the College of Forest Resources and Environmental Science, reflects on how increased diversity and allyship in academia changed his life.

I grew up in Germany thinking that diversity problems were a thing of the past.

From a very young age, my friends were from diverse cultural backgrounds, including my best friend Oliver, whose mother was African American (theirs was a military family stationed in Germany). Our favorite restaurants were Italian, Yugoslavian and Greek; when watching sports on TV, female athletes were shown in equal proportions to male athletes. At elementary school, I noticed no difference in treatment of gender or race — though in retrospect, I should have wondered why the principal was the only male teacher at my school. 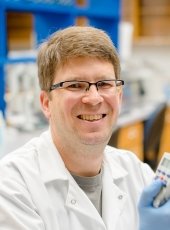 Obviously, these views I had as a child and teenager were naïve and did not reflect my community, but rather a sheltered environment and maybe some wishful thinking. For example, I do remember several incidents of fights between white and culturally diverse children and teenagers in my neighborhood and when I tried to stop the aggressions, I became an easy target for both.

I started my undergraduate degree in biology at the Johannes Gutenberg University in Mainz. There were practically no female or culturally diverse faculty at that time, which was unfortunately not unexpected, but still disappointing. I also noticed inequality in a form I had not expected: All faculty and staff acted as if living in a medieval hierarchy. To speak to a professor, one had to make an appointment with his administrative aide. This approach seemed to be a big communication barrier and the opposite to what I expected in academia. How could you provide top education or scientific research with such structures in place?

After three years of undergraduate studies, I had the opportunity to go on an exchange year to Umeå University in Sweden. My first day in class, the professor from Australia said that we could bother him any time in his office with questions or general discussions. I could barely believe what I heard and tried it out right away. Yes, I could just go chat with a professor (no appointment needed). The two co-conveners of the class were Australian and Polish, the teaching assistants were from Sweden and China and I noticed that some of the faculty were women. I decided there and then that I would not return to Mainz as I greatly appreciated Umeå’s commitment to increased diversity. I finished my undergraduate degree and became a PhD student in Umeå.

As a graduate student, I was fortunate to attend international conferences in Sweden, Australia, Finland, Spain, Canada, and Poland. I also applied for and received a scholarship to visit a laboratory at UC Berkeley for one semester. Four months in the Bay Area gave me a new appreciation of diverse cultural backgrounds. On the other hand, I was yelled at by an aggressive police officer who gave me a five-minute lecture on how to cross a road; what would have happened to a person of color?

I accepted a postdoctoral position at a Canadian university. From the first lab meeting, it was made clear to me that fresh out of my PhD studies, I had not gained enough knowledge and experience to contribute any original thoughts to the lab discussion. Contrary to this experience, I had been taught that a smart idea can originate from anyone no matter what their experience level, and so I decided that should I climb the academic ladder, I would treat all students and colleagues equally.

I then spent 10 years in Canberra, Australia, mostly as a non-tenure track faculty member at the Australian National University. I continued to see that it wasn’t due to women seeking or preferring other jobs that there were fewer of them at higher academic levels. Rather, they had more hurdles in their way than their male counterparts.

I vowed to actively promote women in science, making use of my privilege to support those less privileged. I did that by seeking and promoting female graduate students and providing them with help and support where possible. For example: When my PhD student Amanda needed someone to babysit because the day care was closed, I had a baby in my office while she did lab work. While a colleague of mine chaired a session at a conference, I enjoyed running after her toddler for a couple of hours after the sitter canceled.

At Michigan Tech, I have sought to actively support woman and minorities. Looking back, I wish I had become aware earlier of the many types of inequality (gender, sexuality, race). However, my past experience is why I provide active support and treat everyone equally, no matter their background. I treat my undergraduate students the same way as my graduate students, my colleagues and higher administration — with respect and kindness, which is how I want to be treated myself. Quietly agreeing that inequality problems need to be solved without taking action is not a solution. Being an ally to those less privileged increases equity and diversity in academia, which leads to increased excellence in science.