A student-built simulation shows why college campuses are particularly prone to rapid spreading of COVID-19 and reinforces the need for quick testing and symptom reporting to find and isolate infected individuals.

Like so many other classes, Cécile Piret’s Math 1600 class, Introduction to Scientific Simulations, moved online in mid-March. But the Michigan Technological University class had already made the spread of an infectious disease a key subject in the class in January when it became apparent that SARS-CoV-2, the virus that causes COVID-19, would spread internationally.

From that decision came the hypothesis: The spread would be much faster than predicted by models based on standard diffusion. The class’s final product is a video titled “Mathematical model of Covid-19 spread: How to reopen a college campus,” which the students hope will be useful in the discussion about reopening schools around the country.

Play Mathematical Model of Covid-19 Spread: How to Reopen a College Campus video 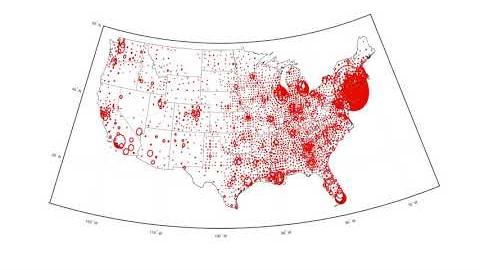 Mathematical Model of Covid-19 Spread: How to Reopen a College Campus

“This is an introductory class, so we had to keep things very simple as we glanced over wide areas of mathematics such as dynamical systems and differential equations,” said Piret, associate professor of mathematical sciences. “We studied the phenomenon of diffusion, fundamental to the spread of infectious disease, and saw that, in its standard form, it can only characterize a movement of particles that is contrived, and that does not represent the behavior of humans living a normal life, traveling, coming in contact with people in different networks.”

Piret noted that her class also considered the common SIR model, which provides a count for the number of susceptible, infected and recovered people in a closed population over time, and some of its modifications. However, none of these options used an anomalous type of diffusion, which better represents human behavior — so Piret and her students worked on their own model.

“We kept things simple: We started off with a population whose members have three networks — family, work/school, fun/social — and we observed a much faster spread of the virus than with standard diffusion (one large network),” Piret said. “We used demographics data for our population and the latest rates of severity of the symptoms per age group to try to simulate how things would be in our community.”

From this approach, the class’s “city model” was born. It showed that multiple networks accelerated the spread by shuffling the population. 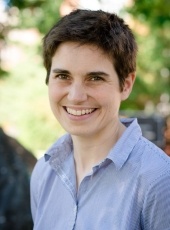 “Eventually, we realized that an extreme case of this shuffling happened on a typical American university campus, where each student is put into contact with a different group of people each hour, and so the population is completely shuffled every hour,” said Piret. “Would the standard measures of social distance and using face coverings suffice to stop the spread?”

Piret notes that using a mathematical modeling approach is important when trying to understand how nature works. Modeling helps us predict what could happen, so that we can try to come up with solutions that would prevent negative outcomes. What makes the student model different is the emphasis on the role of the population shuffling in speeding up the spread with quite simple code.

“From a population health perspective, this model highlights the need to quickly remove infected people and their close contacts from the circulating population,” said Kelly Kamm, an epidemiologist at Michigan Tech. “This is why testing and reporting symptoms quickly is important: We find the individuals who are infected and get them isolated, reducing the number of people they can potentially infect.”

Kamm said isolating cases will slow the spread of a virus, but more people will already be infected by the time the original case is found and isolated.

“By quarantining close contacts of the case, we effectively remove those individuals from the circulating population before they ever become infectious so they never have the chance to introduce the disease to the rest of the population,” Kamm said.

Piret said data on how a virus spreads on U.S. college campuses is lacking because schools closed quite soon after the virus appeared in March. Data on educational systems in other countries are not comparable, as many use cohorts — student groups who attend all courses together, rather than constantly mixing with the larger student body. What the students in her class learned, and what she hopes others will learn from the student video, is that the American college campus, by its very setup, is the ideal environment for a virus to spread extremely fast.

To answer the questions raised in the class, Piret said unfortunately, based on the model, standard measures of using face coverings and social distancing will not be sufficient protection in a college environment.

“In order to prevent a spread, much stronger measures must be taken,” Piret said. This reinforces the critical importance of Michigan Tech's quick testing program and symptom reporting system.

Lilly Bollinger, a second-year student majoring in mathematics, learned something more from the class. “After doing this project and seeing all the parts come together, I realized that this is the first time that math has taught me something about real life,” Bollinger said. “Throughout school we typically learn mathematical concepts and patterns; however, this lesson taught me something different. It taught me something that I could use to help protect myself and the people around me.”

Bollinger said without the model, she’s not sure if she would have truly understood the importance of social distancing measures.

“This is by far one of the most complex final projects I’ve ever completed, and also the most rewarding,” she said. “I’m very thankful to finally be able to experience why math is so very important to our society.”