Freshman Maddy Lehman has helped out at the SAE International Clean Snowmobile Challenge for four years running. She shares her experiences in a guest blog.

Growing up in a college town, I’ve constantly been surrounded by innovation. I saw this in the statues at winter carnival; the engineered marvels of snow and ice were my real life princess castles as a kid. Michigan Tech’s “Fight Engineers” song, engraved in my Husky spirit at the age of six, speaks of Michigan and the northern hills that surround Houghton. Every morning in the winter, I could hear the faint sound of snowmobiles gliding through the snow-covered hills.

I connected with Jay Meldrum through my love of marketing. When Jay offered me a position on his SAE Clean Snowmobile Team I could barely contain my excitement. Knowing nothing about engines or the anatomy of a snowmobile, I took my first step into the world of engineering. My first year on the team was a whirlwind of insight to the fine points of what mechanical engineering is, but more importantly what the engineers were capable of. Jay took me under his wing, he showed a wide-eyed 16-year-old around the Keweenaw Research Center.

When March rolled around the enthusiasm of the challenge and every participant was heightened. I was a bit overwhelmed at first, I was caught in a puzzle of engineers each having a place, while I seemed to be the piece that didn’t quite fit, but through the years I found my niche.

"Darlin, you’re going to get in trouble. You don't got no safety glasses on!"competition judge to Lehman

Day one of the challenge was full of safety precautions.  There was pizza and problem solving as teams worked to perfect their snowmobiles up to the very last second.  I was reminded of one of my favorite movies—Grease. Replace the cool kids wearing tight leather pants with torn Levi’s, flannels and Sorrels; imagine tools instead of cigarettes; Instead of racing cars, think snowmobiles. I was Olivia Newton John’s character Sandy, completely out of my element, a little overwhelmed and way curious.

I finally built up the courage to approach a tall, slim man wearing a flannel and fleece vest in the corner overseeing the work. “Darlin, you’re going to get in trouble. You don't got no safety glasses on!” I realized the man had a valid point, every five feet I walked there was a snowmobile being dissected by a team of students. Much like Sandy did, I found my place in the shop too and soon realized this place was meant for me after all.

The grand opening of the event, the endurance run to Copper Harbor is more than just a joy ride up North. The redesigned snowmobiles are put to the test. Everyone who has lived in the U.P. knows the weather is anything but predictable. A sunny, 30 degree day can turn into a blustering 40 miles-per-hour snowstorm overnight. The event coordinators refuse to surrender and find an alternative answer to each problem.

Throughout the week, the teams and their snowmobiles are given the challenge of a variety of tests, which include the electric sled draw bar pull, cold start event, emission testing, endurance run, and noise testing.  Who wouldn’t mind a snowmobile with a little less noise and a whole lot more power?  These guys can make that happen.

As the week wraps up, teams of engineers-to-be, who travel from as near as Wisconsin and as far as Finland, pack up with new problems to solve and remaining issues to work out for next year’s competition.  The student teams who for the past 16 years have gathered in my northern town, known to average more than 200 inches of snow a year, have gained the eye of industry.

Faurecia, AVL, MacLean-Fogg, Denso, Kohler, John Deere and Skidoo sponsorship remind us local folks that this is more than a little competition, the work playing out here shapes the products we just might see on the market tomorrow.  Although I’m not an engineer, I’m glad to play a very small part of a much larger team of directors, coordinators, research advisors and mentors who together volunteer their time to make this event happen year after year.

Throughout my four-year experience at the challenge, I learned that the Clean Snowmobile Challenge is much like a machine. It has many parts, each doing a job; some volunteering, others advising, a few judging while many problem solve and design solutions.  Each role is critical not only to the success of the competition, but the success of the next generation of snowmobile and engineering innovators. 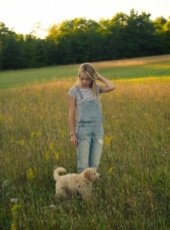 Maddy is a freshman at Michigan Tech and considers herself lucky to be a part of the SAE Clean Snowmobile Challenge advertising team for the past four years. As a Husky, she is on the cross-country team and is pursuing a degree in marketing. Maddy serves on the Youth Advisory Council helping local non-profit organizations in the community and is the proud owner of a Goldendoodle puppy named Auggie.  During the summer months, water skis on the canal and paddle boards, fishes and windsurfs on Lake Superior. 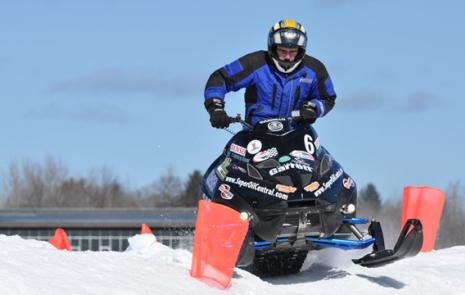 Help tomorrow's engineers design cutting-edge snowmobile technology today. The Clean Snowmobile Challenge pits teams of students from different schools against one another to...